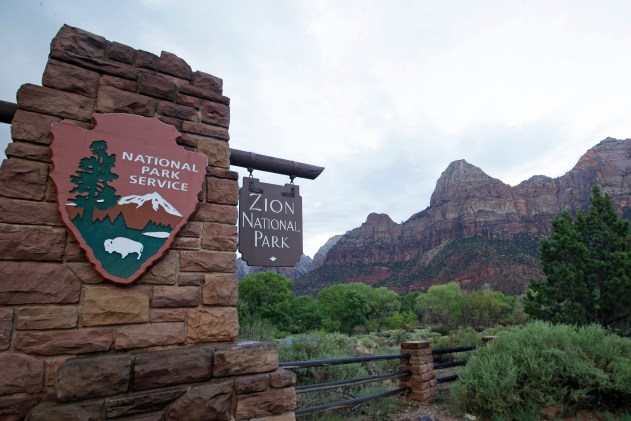 A woman has died and a man is being treated for hypothermia after being caught in below-freezing temperatures in Utah's Zion National Park, park officials said.

Early Tuesday morning, a married couple started a 16-mile trip through a park area known as the Narrows, the National Park Service said in a press release. The hike involves trudging through the cold waters of the Virgin River, which weaves through a massive slot canyon where it is virtually impossible to have cell phone reception. The woman, 31, and the man, 33, have not been identified.

According to the National Park Service, the man said the couple had stopped about a mile and a half from the end of the planned 16-mile journey at the north end of Riverside Walk, which is a paved trail that leads to the Narrows, after both became dangerously cold overnight. Overnight, water temperatures in the Virgin River had dropped down to 38 degrees Fahrenheit, according to the United States Geological Survey (USGS).

The man continued to get help while the woman stayed in the Narrows. After he was able to alert other park visitors, who then alerted shuttle drivers, the Zion National Park Search and Rescue Team responded.

The Washington County Sheriff's Office, the Utah Office of the Medical Examiner and the National Park Service are still investigating the cause of the woman's death.

Even though the woman's cause of death is still being investigated, the man reported they both experienced symptoms consistent with hypothermia. 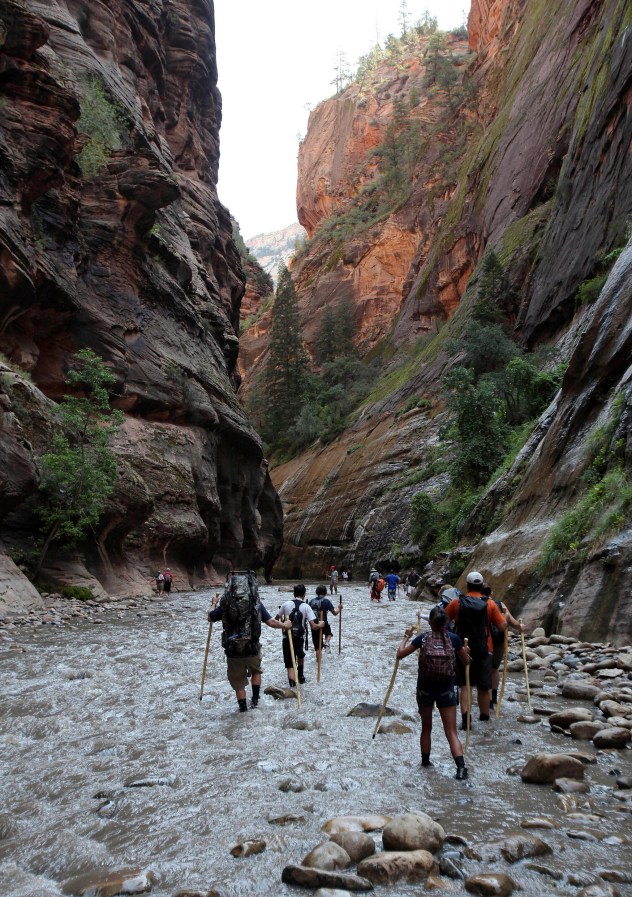 According to AccuWeather Senior Meteorologist Heather Zehr, the mainly clear sky over the park on Tuesday night likely sent temperatures lower than what was reported at the airport.

"It was likely colder within the park," Zehr said. "Especially in that deep, steep-sided canyon, cold air would have settled down into the low spot, so it could have been even lower than those nearby spots."

Hypothermia is caused by prolonged exposure to cold temperatures, according to the Centers for Disease Control and Prevention (CDC). When a person is exposed to freezing temperatures over a long period of time, their body loses body heat faster than it can be produced. Once all their body's stored energy is used up, the internal body temperature starts to lower. Hypothermia sets in once the body's core temperature drops to 95 degrees Fahrenheit.

Although hypothermia is most likely at very low temperatures, it can occur even when the temperature is above freezing. The process can also be accelerated when a person becomes chilled from rain, sweat or submersion in cold water.