Southwest CEO Bob Jordan announced the compensation plan Tuesday, saying the airline will give affected travelers thousands of reward points as an apology for the logistics failure.

A class action lawsuit has already been filed against Southwest Airlines from passengers claiming the carrier did not provide prompt refunds after the airline’s all-out meltdown over the holidays.

Jan. 4 (UPI) -- Southwest Airlines is offering frequent-flier perks to passengers who were stranded for days at airports during a devastating winter storm that left dozens dead and hobbled travel in the middle of the holidays.

Southwest CEO Bob Jordan announced the compensation plan in a letter Tuesday, saying the airline will give affected travelers 25,000 frequent-flier points as an apology for the logistics failure.

"On behalf of Southwest, I want to let you know we're so sorry," Jordan begins in the letter before calling the Rapid Rewards points a "gesture of goodwill."

"I know that no amount of apologies can undo your experience," Jordan wrote. "For those who have requested refunds, reimbursements and/or are waiting to be reunited with your lost bag(s), those processes are being handled with great urgency and we appreciate your patience."

For now, the Dallas-based airline has promised 25,000 points for each paid ticket. The points are valued at about $300 and will have no expiration or blackout dates.

To get the points, passengers must show they were booked on a flight that was canceled or delayed for more than three hours between Dec. 24 and Jan. 2. 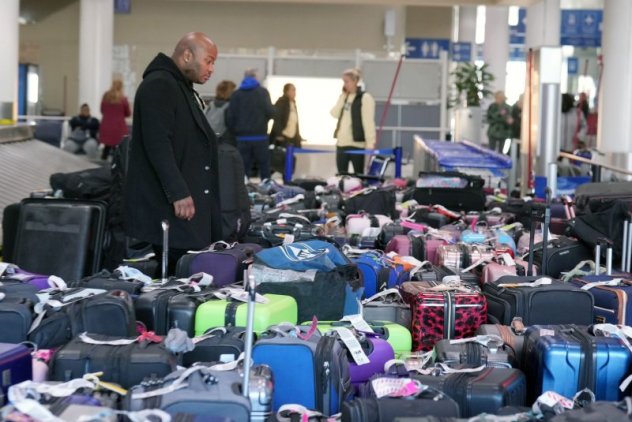 A Southwest passenger searches for his luggage among hundreds of bags at St. Louis-Lambert International Airport on Dec. 27, 2022. The airline on Tuesday offered rewards points to passengers as an apology for thousands of canceled that flights stranded travelers for days. (Bill Greenblatt/UPI)

Southwest canceled thousands of flights as the crippling snowstorm began several days before Christmas and rolled slowly across the country for nearly a week, spoiling holiday plans for an untold number of families.

At the time, Southwest had no recourse for marooned travelers while the carrier blamed technology issues and employee scheduling for the epic collapse.

By Dec. 27, Southwest accounted for 86% of all domestic flights canceled around the country. 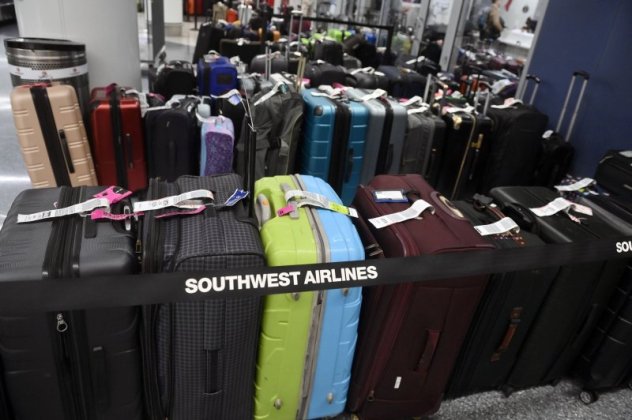 The logistical meltdown brought chaos to airports across the country and upended holiday plans for thousands of travelers. (Jim Ruymen/UPI )

While other airlines bounced back from the weather relatively quickly, Southwest struggled to regain its footing, according to a Dec. 29 letter sent to the airliner by Transportation Secretary Pete Buttigieg, who called the massive delays "unacceptable."

On Tuesday, some voices on social media indicated that they had already received the points, along with an apology from the airline.

"This is in addition to the $39 refund, $149 reimbursement and $250 travel voucher I already received," said Zach Griff, a reporter who covers the airline industry for The Points Guy -- a travel website.

Wow, @SouthwestAir is really paying up for the meltdown.

This is in addition to the $39 refund, $149 reimbursement and $250 travel voucher I already received. pic.twitter.com/0dbjCxoM0M