Damages from Feb. winter storms could be as high as $155 billion

Sweeping power outages, hundreds of thousands of insurance claims and millions of impacted residents across the nation are adding up to make the punishing coast-to-coast winter weather in February more costly than the historic 2020 hurricane season -- and likely the costliest month of weather impacts in recent history.

AccuWeather on Wednesday upgraded its early estimate of the total damage and economic loss resulting from the brutal cross-country winter weather last month, saying it now expects the damage caused by the deadly February storms -- and the cold that followed -- to be about $155 billion, with $130 billion in damage and economic losses in Texas alone. That’s up from the $50 billion to $60 billion range AccuWeather estimated previously.

“In February, we saw one of the most intensely cold and stormy patterns of winter weather not seen in decades with extreme record low temperatures and ice spread out across a very large area in multiple states,” said AccuWeather Founder and CEO Dr. Joel N. Myers. “Texas bore the brunt of the impact with significant damage due to citrus crop losses, power outages, water disruption, burst pipes in many of homes and businesses in addition to the loss of life." 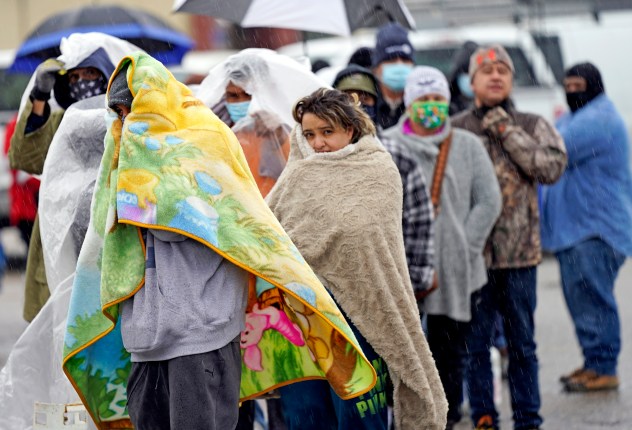 People wait in line to fill propane tanks Wednesday, Feb. 17, 2021, in Houston. Customers waited over an hour in the freezing rain to fill their tanks. Millions in Texas still had no power after a historic snowfall and single-digit temperatures created a surge of demand for electricity to warm up homes unaccustomed to such extreme lows, buckling the state's power grid and causing widespread blackouts. (AP Photo/David J. Phillip)

The estimate is based on an analysis incorporating independent methods to evaluate all direct and indirect impacts of the storm and is based on a variety of sources, statistics and unique techniques AccuWeather uses to estimate the damage.

At least 58 lives were claimed by a mid-February storm, with many deaths as a result of hypothermia and carbon monoxide poisoning. In addition, some died in slip-and-fall incidents related to the frozen conditions. Eight states reported fatalities in connection with the storm, spanning from Texas to Ohio, according to The Washington Post.

Texas is no stranger to catastrophic weather tragedies, as 2017's Hurricane Harvey, which AccuWeather estimated to cause about $190 billion ($203 billion adjusted for inflation), is still fresh in many memories. 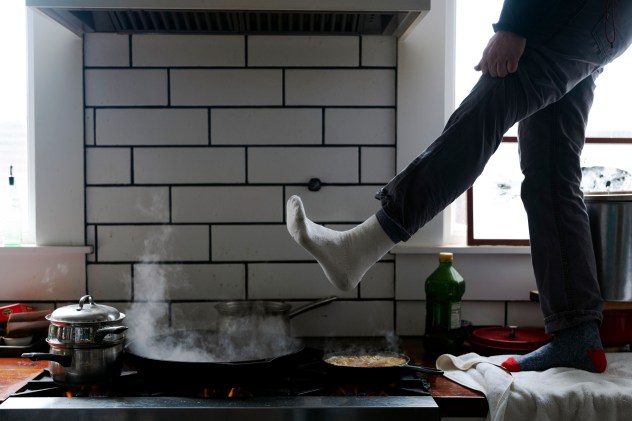 Jorge Sanhueza-Lyon stands on his kitchen counter to warm his feet over his gas stove Tuesday, Feb. 16, 2021, in Austin, Texas. Power was out for thousands of central Texas residents after temperatures dropped into the single digits when a snow storm hit the area on Sunday night. (AP Photo/Ashley Landis)

But the lingering effects of the harsh February weather will likely be felt for years to come, particularly for its direct impacts on some of the state's most important economic sectors, such as citrus and vegetable crops. Texas is the third-largest citrus-producing state in the United States, behind only California and Florida.

According to Murden, an estimated 20% of the citrus crop was lost to Hannah before this freeze. Following the snowstorm, the estimated damage total from the past year of weather impacts is at a $305 million dollar loss. 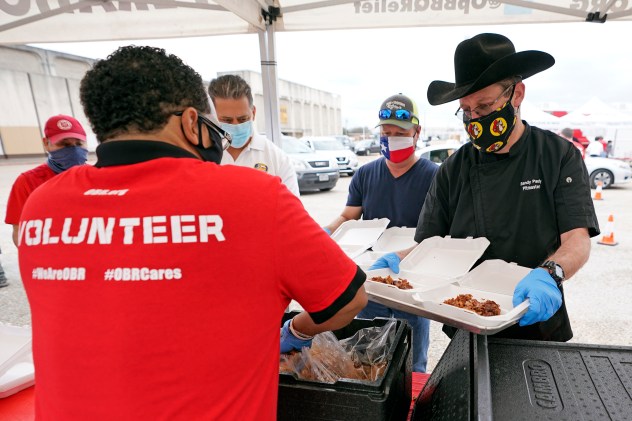 Tree losses have yet to be calculated, Murden said, but he added that early vegetable losses add another $150 million of devastation.

In AccuWeather's damage estimate, the consideration of elements such as food spoilage, lost wages, damaged infrastructure and business and school closures were also factored into the total loss estimate, on top of the insured losses and financial impacts to the economy.

Myers, who has been studying the economic impact of severe weather for over 50 years, said that February's onslaught of winter storms was “one of the stormiest patterns seen in decades" and added that the damage was exacerbated by record cold that plunged all the way to the Gulf Coast.

Camille Garcia, director of communications and public affairs with the Insurance Council of Texas, told AccuWeather that the insurance claims are continuing to roll in. As frozen pipes have thawed, water damage incidents have climbed and the Insurance Council of Texas' estimate for total claims related to the weather in February remains in the "hundreds of thousands," Garcia said in an email.

Garcia said her group is seeing a substantial number of claims related to damage from burst pipes. Pipes in walls, water heaters situated outside the home and the weight of snow on roofs have all proved to be a significant challenge for many homes not meant to withstand punishing winter conditions.

"Texas wasn’t really built for such extreme weather for consecutive days," she said.

Meteorological spring has arrived. Here’s what to expect
Photographer captures the most detailed images of snowflakes on record
Rain gear essentials for what can be the rainiest time of year