Spring is less than a week away, but don't tell that to Portola, California, on March 15. This neighborhood would have to dig itself out of this snow day.

After a slow wet season without much precipitation, the Sierra Nevada mountain range region in California finally received some heavy snow.

AccuWeather Senior Meteorologist Alex Sosnowski said parts of the central and northern Sierra Nevada were buried under somewhere between 3-5 feet of snow since it started falling on Sunday. The Sierra Nevada Mountains are usually pummeled with "yards and yards" of snow in the winter, and this snowfall is helping that area make up for a long drought.

As of 9 a.m. PDT Monday, Kingvale, California reported 52 inches of snow from the storm thus far.

The snow depth in Blue Canyon, California, went from zero to 62 inches in just 3 days, meaning that more than 5 feet of snow fell there.

"There have probably been periodic blizzard conditions, but most places were below that criteria," Sosnowski said. Blizzard criteria are reached when a storm sustains winds or wind gusts of 35 mph or greater, and the visibility diminishes to less than one-quarter of a mile for three consecutive hours.

California's wet season typically lasts from October to April and accounts for 90% of the year's precipitation, but this year the wet season has been anything but wet. 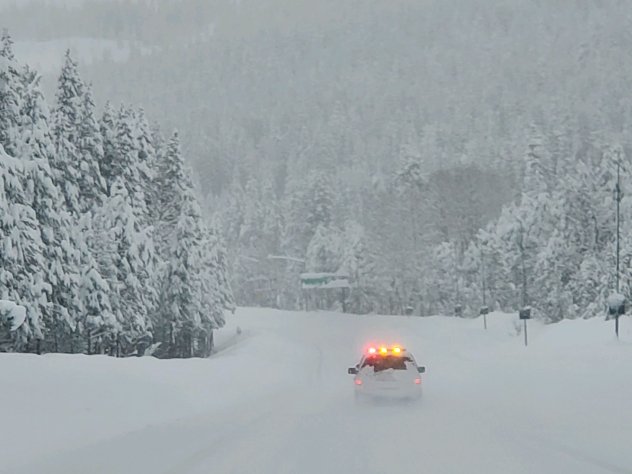 "The amount of snow and rain created by this over the Sierra and over northern and central California could not have come at a better time," AccuWeather Senior Meteorologist Dan Kottlowski said.

The snowpack from the mountains is crucial, as it accounts for 30 percent of California's freshwater total.

"With the snow drought during much of January and February, this is much needed," Sosnowski said.

According to Kottlowski, this kind of storm is not unusual for the area. However, it is late in the season for a storm of this magnitude.

California Highway Patrol (CHP) officials were forced to close I-80 between Colfax and the Nevada state line due to abundant snow amounts. 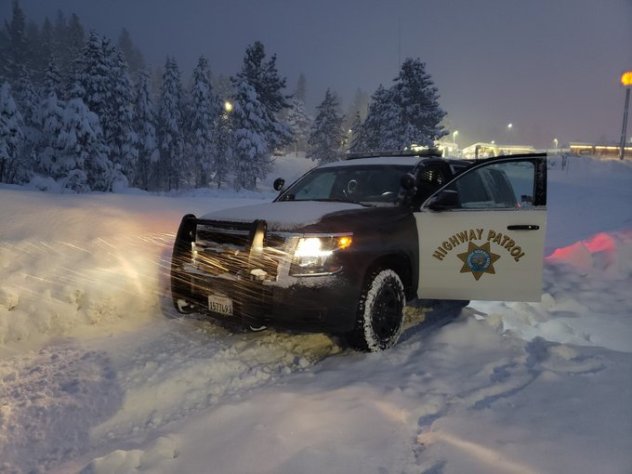 According to CHP Truckee, I-80 opened and closed several times throughout the day on Sunday due to various weather conditions, such as heavy snow and low visibility.

Kottlowski said heavy winds that were expected with the storm did not end up panning out and adding to the travel woes.

"This is in part due to the fact that the upper-level storm system causing this snowfall stayed off the central coast of [California]," Kottlowski said.

Stormy weather targets California before official start of spring Parts of central US to face pummeling from blizzard conditions as spring arrives Above-average February temperatures set over 1,000 new records in US alone

Winds on Tuesday again remained rather light since the upper-level storm ended up moving ashore in Baja California and will move into the Four Corners region on Wednesday. Additional snowfall amounts of 1-3 inches are expected in the central and northern Sierra on Wednesday.

Another storm is headed toward the region by this weekend and next week, Kottlowski said.

"It may help some places get back on track, or at least get to within a few feet of seasonal average," Sosnowski said.