What are you actually smelling when it rains?

Do you ever wonder what causes the pleasant smell of rain? The rain smell’s actual name is petrichor, coined by two Australian scientists in the 1960s.

Have you ever wondered about what causes the distinct smells you detect in the air before, during and after a rainfall? Scientists say it’s a combination of ozone, petrichor and geosmin.

Before it rains, a person might say that they can smell the storm coming. Their nostrils might be picking up the scent of ozone, or O3. Ozone is a naturally present gas in the atmosphere that gets its name from the Greek word, “ozein,” which means “smell,” according to the National Oceanic and Atmospheric Administration.

Ozone, which has been described as sweet and pungent-smelling, is brought down by a storm’s downdrafts from higher altitudes to nose level. Its smell can also be detected following a storm.

The pleasant scent that fills the air during a rainfall as raindrops come into contact with the ground is called petrichor, and the term was coined by Australian scientists Isabel Joy Bear and Richard Thomas in 1964. 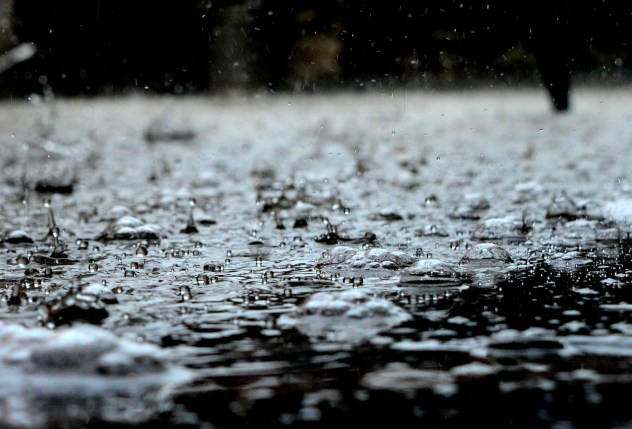 “Petrichor is caused by oils derived from plants, primarily leaves, that accumulate over dry periods,” said Jeff Weber, a meteorologist with the University Corporation for Atmospheric Research Unidata Program Center.

“These oils settle into soils or onto pavement over time and are released into the atmosphere by being disturbed by rainfall,” Weber said.

The smell of petrichor has been described in a variety of ways, including earthy, musky and fresh, and tends to be stronger after a lengthy period of no rainfall, he added.

This is due to the fact that plant oils accumulate over time, which makes petrichor more pronounced after a dry period.

Researchers believe that the oils released by petrichor inhibit seed germination, and that the oils serve to help reduce competition from other plants for scarce water supplies.

The soil-dwelling oils that produce petrichor also compound with the smells of other organisms, according to Michelle Pettit, a climate and sustainability specialist for Just Energy, a natural gas and green energy provider.

“Their spore production includes the chemical geosmin, and when the rain sends the spores up into the air, it releases the smell of geosmin,” she added.

From rainbows to fogbows: How do these unique phenomena form?
How does weather influence your allergy symptoms?
10 vegetables to plant in spring to kickstart your garden

Geosmin, which is created by the dying off of microorganisms in the soil, is the distinctively earthy smell often associated with rain. It tends to smell strongest when it's been raining for a longer period of time, Pettit said.

“However, some people's noses can detect geosmin when there's even a small amount of moisture in the soil,” she added.

Geosmin bacteria aid in the decomposition of organic materials, according to Weber. Petrichor and geosmin occur as a result of the interaction with water and the subsequent release of aerosolized compounds, Weber said.

In 2015, researchers observed via high-speed cameras that raindrops release clouds of aerosols upon impact with a surface.

Researchers believe that these aerosols may carry aromatic elements in natural environments, and can be released and spread with the help of rainfall and wind gusts, according to the Massachusetts Institute of Technology.