From rainbows to fogbows: How do these unique phenomena form?

Rainbows, one of Mother Nature's many works of art, have other lesser-known siblings.

The perfect combination of water and light can make a wonderful portrait and if that combination is slightly altered, viewers see a vast array of unusual bows.

"All of the bows are caused by light passing through water droplets. The light has to pass through the water droplets at a low angle. This is why you see rainbows mainly late in the afternoon," AccuWeather Senior Meteorologist Dave Samuhel said.

Rainbows are full circles, but spectators usually catch an arc from the ground. They are created by more than just rainwater from the sky, as they can also be created by water droplets from a sprinkler, splashing water or mist from a hose.

Each tiny droplet of water disperses the light and reflects it back to your eye, creating the marvelous colors. 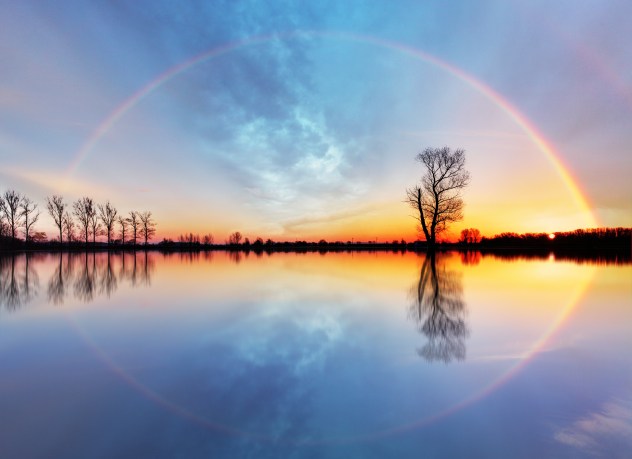 Rainbows always show colors in the same order. Red is always on the outside edge of the arc, with orange, yellow, green, blue and purple following behind. The only exception to that order is when there is a double rainbow.

"Technically rainbows can occur anywhere as long as you have sunlight and raindrops," Samuhel said.

They are caused by reflection, refraction and dispersion of light in water droplets, which usually creates the multicolored arc.

In a secondary rainbow, also known as a double rainbow, a second arc hovers above the first. The second arc has the order of its colors reversed.

Light is reflected more than once inside of a raindrop. The second rainbow is almost twice as wide, but only about half as bright. The colors are backwards from right to left, which means they go from red to violet. 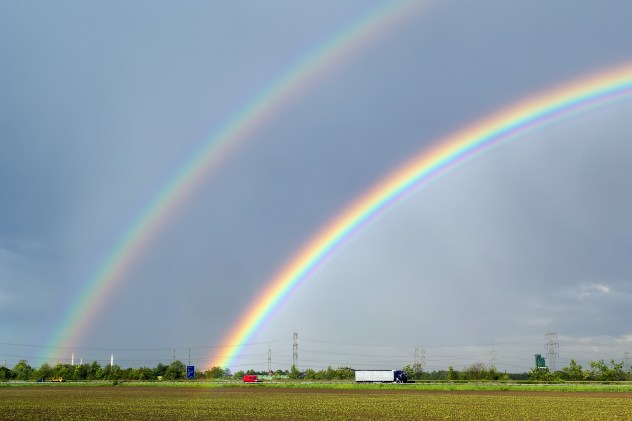 Double rainbow in the sky after the rain. (Borisb17/Getty Images/iStockphoto)

"Light refracted within raindrops can follow one of two different paths. The shortest path gives the primary rainbow. The longer second path leads to the secondary (double) bow, which has the color pattern flipped," said AccuWeather Senior Meteorologist Jim Andrews.

Fogbows, also known as white bows, are caused by much smaller rain droplets than normal rainbows; therefore, viewers may only see a faint red or blue color to them. Often times they just appear to be white, without any color to them at all.

"Fogbows are somewhat like rainbows. You might see one shortly after sunrise on a foggy morning," Andrews said. 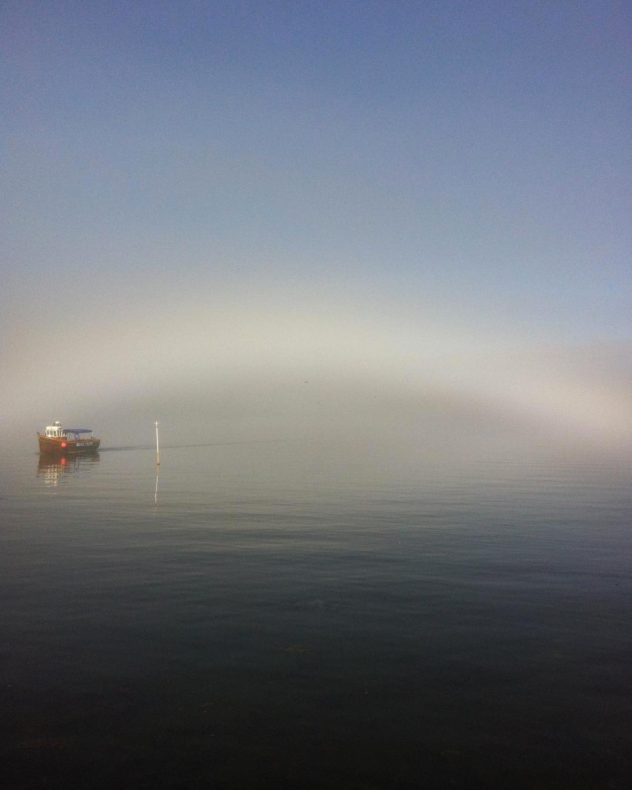 Fog bow over the water. (Instagram/orsayoban)

Quadruple rainbow photo goes viral: Is it an optical illusion or a real phenomenon?
Photos: What are light pillars?

"It’s not unlike the 'spraybows' we see when washing the car and the spray nozzle gives off a fine mist," Andrews said.

Onlookers may catch a sighting of a moonbow, but it is the rarest of the bows.

"They are rare because moonlight simply is not nearly as bright as sunlight, but the mechanism of water droplets reflecting light causes them to form," Samuhel said. 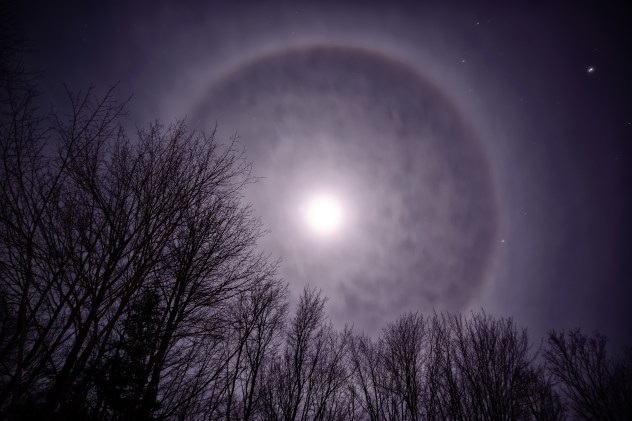 Photo of the night sky featuring a Moon Corona or Halo on a winter's night. (SHSPhotography/Getty Images/iStockphoto)

Moonbows don't appear multi-colored because the separate colors are too dim, making them seem white in color.

Any competing light such as artificial light or twilight makes it harder to see a moonbow. Conditions have to be absolutely perfect to catch a glimpse of this phenomenon.

"[The] best time to see one is during a full moon, either evening with full darkness or late pre-dawn," Andrews said.

Other types of rainbows include red rainbows that occur at sunset and only have a streak of red; cloudbows which make clouds look colorful; rainbows from your outdoor garden hose known as mistbows and twinned rainbows which produce two distinct rainbows from one source.