US farmers to get ‘exactly what they didn’t want’ 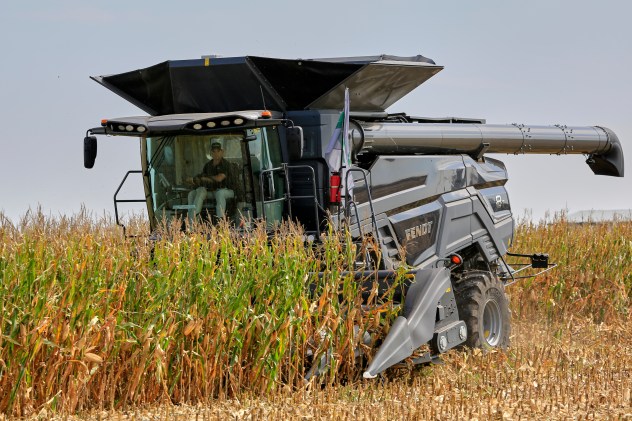 Farmers in the Northwest got a bit of break as there has been no early frost to impact their crops. However, in this painfully tough season, it seems that every one step forward has been followed by two steps back.

“They didn’t get an early frost, but they are going to get an early snowfall instead,” said AccuWeather Senior Meteorologist Jason Nicholls. “That was Mother Nature’s gift.”

AccuWeather meteorologists are calling for a two-part storm, the first of which is targeting the northern and central Rockies and High Plains. The second part will bring snow to not only the eastern and central portions of the Dakotas but also far western Minnesota.

Rain will mix with and change to snow from west to east from the central Dakotas to western Minnesota during Thursday to Thursday night. However, the heaviest snow will thump in this area as the storm intensifies Friday into Saturday.

A general 6-12 inches of snow will fall from western and central South Dakota to central and eastern North Dakota, with an AccuWeather Local StormMax™of 30 inches in parts of central and eastern North Dakota. Drifting will cause the snow to be much deeper in some locations. The excessive snowfall will be due to the storm stalling and strengthening over the region, according to AccuWeather meteorologists.

The ‘surprise’ storm that was no surprise
'Dead' heat across the country is raising cooling costs
Did Australia offer a sneak peek of the US flu season?
Fall tornadoes could occur in atypical US areas this year

“They’re supposed to be harvesting, and now they’re going to get a foot or two of snow – and that might take a week to melt and then you still have saturated ground,” Nicholls said. “And there’s also potential damage from the 20- to 40-mph winds.”

In Minnesota, North Dakota, South Dakota and Wisconsin, corn harvested is at less than 3%. Those same four states are also substantially behind in soybeans harvested, with North Dakota at just 8% compared to its five-year average of 48%.

And now comes an expected snowfall for that area.

“This is exactly what they didn’t want at this time,” said AccuWeather Senior Meteorologist Alex Sosnowski.