The spotted lanternfly jumps more than it flies, making this insect a plant hopper with serious invasive qualities. Lanternflies don’t bite or sting, so they pose no immediate threat to people.

The insect's main threat is to over more than 70 types of plants on which it feeds, including important crops like grapes, apples, hops and walnuts, according to Abbey Powell, a public affairs specialist for the United States Department of Agriculture.

The lanternfly is a "really troublesome invasive insect because it has a really broad host range," Emelie Swackhamer, a horticulture extension educator with Penn State Extension, said. "We’re very concerned about certain commodities that we know it has damaged in other parts of the world.” 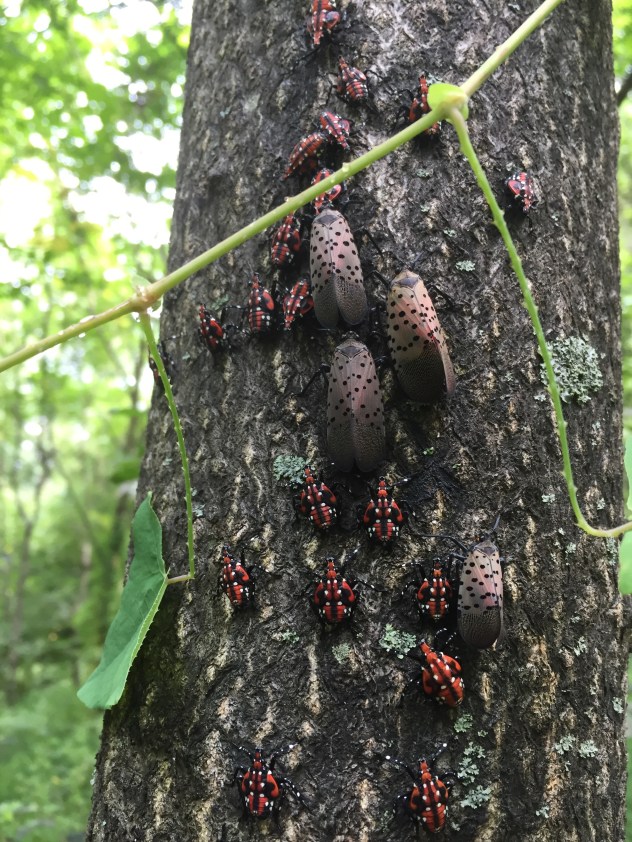 Instar and adult lanternflies gather on an Alianthus altissima tree in August in Pennsylvania. (Photo/Emelie Swackhamer)

The first detection of the lanternfly in the U.S. was in 2014 in Pennsylvania, according to Swackhamer. Lanternflies were first detected in South Korea in 2004, where they caused damage to the grape crop and other fruits, resulting in economic losses. Lanternflies remain a problem there today, according to Julie Urban, a senior research associate in entomology at Penn State University.

The lanternflies are of biggest concern in southeastern Pennsylvania but have recently been detected in small quantities in New York, Delaware and Virginia. 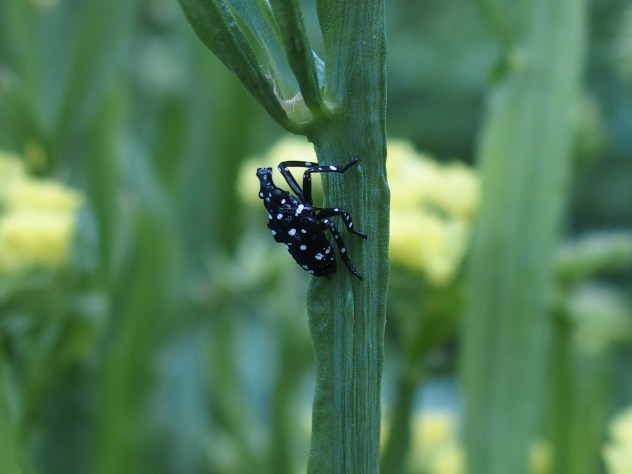 Since the laternfly is not a life-threatening insect, economic loss is at the top of the list for concerns caused by the invasive pest.

Lanternflies go through four different developmental stages, but they are the biggest threat when they become adults in July through November, because that’s when they’re most able to spread. The first hatch happened about two weeks ago.

The insects harm plants by feeding on them. Their mouths are fused into straw-like beaks, which allow them to suck out large amounts of sap from plants, causing them stress and severe damage. The insects then secrete a substance called honeydew, which then promotes the growth of sooty mold, which is a black mildew fungal mold. The mold blocks sunlight and interrupts plants photosynthetic processes.

As lanternflies are a relatively new phenomenon, researchers have been unable to measure the long-term health of trees, which isn’t to say that they aren’t concerned, according to Swackhamer.

Farmers and food growers are encouraged to watch their crops and other plants for the spotted lanternfly.

“Right now, through July, look for young, crawling spotted lanternflies that are black with white spots,” Powell said. From July to December, the insects are 1 inch in length and have red and yellow markings.

Swackhamer recommends that any Pennsylvania resident who suspects spotted lanternflies are affecting their crops call the county Penn State Extension office and talk to the master gardener, a professional who has volunteered in order to answer lanternfly questions. 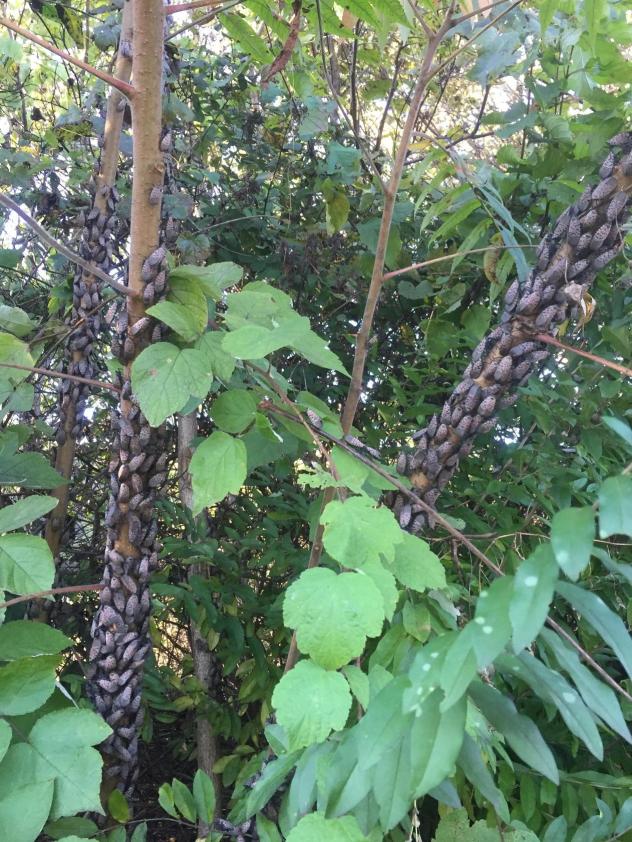 Crop growers are not the only ones that have to worry about the spotted lanternfly, according to Heather Leach, an extension associate for the department of entomology with Penn State Extension.

Due to the nature in which they lay eggs, lanternflies are a problem for professionals far beyond the food industry. The timber and landscaping industries are also affected by the spotted lanternfly.

“They’ll lay their eggs on essentially anything," Urban said. "This includes human-made products like rail cars and trailers, so that provides [a] huge opportunity to spread via human-mediated transport."

As a result, the Pennsylvania Department of Agriculture (PDA) has put quarantines in place in order to require that people don’t spread the lanternfly into an area where it doesn't already exist. Quarantined areas can be found on the PDA website.

While financial losses are the primary concern caused by the lanternflies, quality of life is a problem as well, according to Urban. The sooty mold that is produced by lanternflies creates a mess that is hard to clean if spread across outdoor patios and furniture. The honeydew produced also attracts bees and wasps, which is not ideal for a backyard setting.

Swackhamer suggests three categories of control methods in order to target lanternflies in a specified environment. 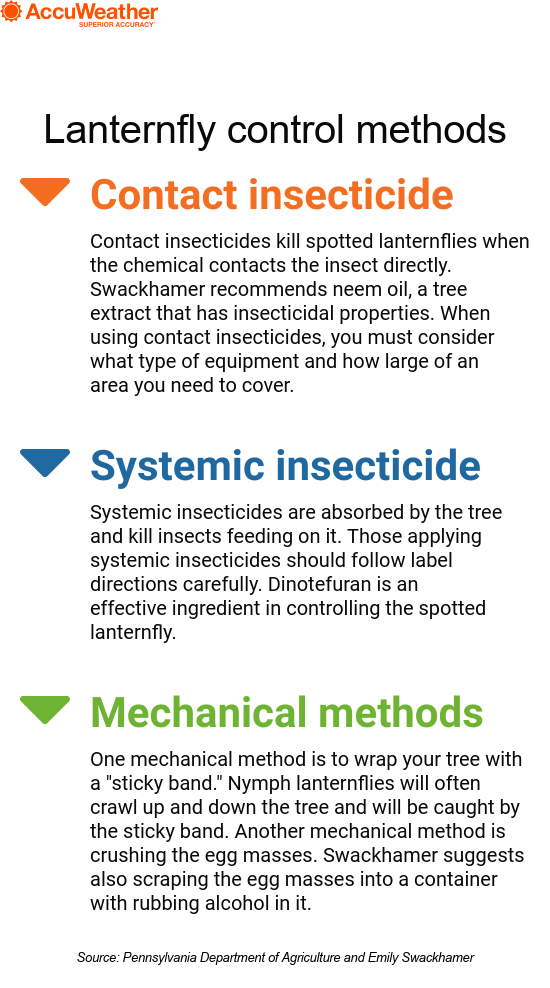