A volunteer worker from the San Diego Humane society arrived at the site of New Mexico's largest wildfire in state history -- and firefighters handed her a box with a precious passenger inside.

The San Diego Humane Society took the kitten to an animal shelter in Las Vegas, New Mexico, where it was rehabilitated and is expected to be fine.

Behind the lines of the worst wildfire in New Mexico state history, firefighters are facing all manner of challenges. In the hellscape that's been burning for more than a month, much has been lost, but the brave men and women charging headlong into the blaze day in and day out have also saved lives, even some of the most fragile.

That was just the case this week in Cleveland, New Mexico, in the northeastern quadrant of the state about a 2.5-hour drive from Albuquerque, where firefighters handed over a box containing a precious passenger to a volunteer who had traveled from San Diego.

Summer Piper, a volunteer worker for the San Diego Humane Society (SDHS) in California who was sent to New Mexico to assist with search and rescue operations for the Hermits Peak/Calf Canyon fire, found herself accepting the box from firefighters. When she opened the box, she found an adorable little kitten inside looking back at her. The young feline was lucky to have made it out of the fire zone alive.

And now the cuddly, little fuzzball was in some very loving hands. 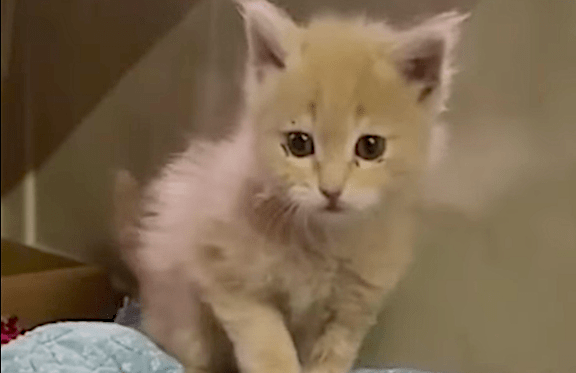 "We were doing patrols behind fire lines, and [the firefighters] had a small kitten in a box, and they said they had found her out front," said Summer Piper, a volunteer for the SDHS, in an interview with AccuWeather. "She had a little bit of blood coming from her nose and mouth, and she was pretty lethargic. So we brought her back in, and a vet diagnosed her as just having a severe upper respiratory infection."

Piper took the kitten to a vet at the temporary animal evacuation center in Las Vegas, New Mexico, to get it checked out. The vet determined the kitten had an upper respiratory infection, and the blood was the result of an inflamed nose and throat, according to an update from SDHS.

"We got him on some meds, and he is doing great now," Piper said in a video posted on Twitter. "He is playing in his crate, and we have a little ball in there, and he gets very excited about that."

This week, the SDHS shared a video of the kitten playing with the toy ball on Twitter, writing that it was still receiving care at the temporary animal evacuation center but was "feeling better."

The kitten rescued during the #NewMexicoFires, is feeling better. She is being cared for by our Emergency Response Team member Summer, at a temporary animal evac center in Las Vegas, NM. The kitten is being treated for upper respiratory infection. #CalfCanyonFire #HermitsPeakFire pic.twitter.com/PeX6l1uaTa

According to SDHS, at least 15 dogs and one kitten were rescued and taken care of at a temporary shelter. A team effort between the Humane Society, SDHS, the National Guard and Española Humane has been made to ensure these animals are being cared for until they are ready to be put up for adoption.

Piper and her husband, Brian, started working for the SDHS emergency response team after retiring, but that wasn't their original plan. Brian wanted to become a reserve humane officer, but since the program was no longer running, SDHS suggested he should become a part of the animal rescue reserve. Both of them became hooked with the organization due to their love of animals and prior wildfire experiences. 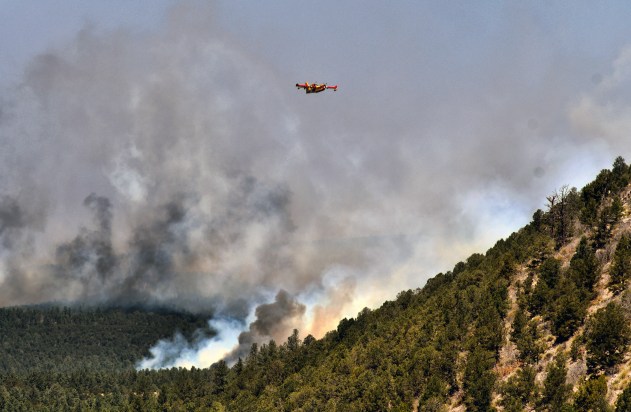 The Pipers' house was on the verge of burning down when a wildfire threatened their neighborhood in California in 2003 and again in 2007. She said being able to volunteer and help people out is their way of paying it forward.

"So we're out here in other communities and doing our part to help animals and then to also help their owners that they that we're taking care of their furry family members," said Piper. "It gives them a little bit of peace of mind while they're evacuated in dealing with other things. They're under a lot of stress as well."

Since joining the SDHS, Piper has traveled to multiple states to rescue animals from dangerous situations. Most recently, she has been helping the animals impacted by the Hermits Peak/Calf Canyon fire in New Mexico.

"It's a little overwhelming. There is a lot of ground to cover. I think they told us last night the perimeter of the fire was about 600 miles. So there's a lot of displaced animals," said Piper. "There's a lot of animals that are left behind either due to their owners not being able to get back behind fire lines after the evacuations went into place or [some animals] are strays." 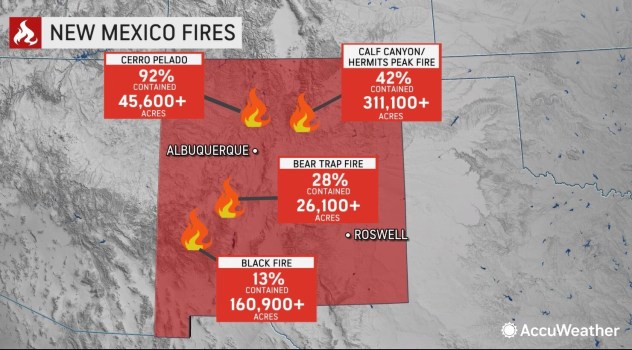 Piper has been in Las Vegas since May 16, and while it has been all-consuming at times, she has been having fun with the rescued kitten. She even assured the public in a tweet that she would not be bringing home any more animals.

"The kitten is a little girl, and I became quite attached. So there was actually a rescue group, Española Humane, that came yesterday. They picked up the puppies and the kittens; they're gonna do a spay and neuter project for us here and they've named her Summer, but she doesn't technically have a name," said Piper. "They named her that because I think everybody wants me to take her home, but I can't."

Across the Southwest, wildfires have wreaked havoc, burning more than 1.7 million acres collectively. In April, two prescribed burns in New Mexico grew out of control, turning into the Calf Canyon and Hermits Peak fires. These blazes eventually merged to become the largest wildfire in the state's history and the fire was only 42% contained as of Wednesday morning.