An enormous tornado touched down on Monday and, miraculously, it didn't injure anyone or damage anything -- but it gave storm chasers a sight they’ll likely never forget.

Several storm chasers got the chance of a lifetime as they filmed the massive tornado that touched down north of Morton, Texas, on May 23.

Storm chasers in northwestern Texas were in the right place at the right time Monday night when they captured incredible footage of what appeared to be a massive tornado that touched down in an open field. Around 7 p.m. CDT, the first of four tornadoes was on the ground near the town of Morton, Texas, which is about 60 miles northwest of Lubbock, giving chasers a view they likely won't soon forget.

The twister appeared to be just as wide as it was tall, which would classify it as a wedge tornado, but AccuWeather Meteorologist and Senior Weather Editor Jesse Ferrell and others on Twitter noted that the dust, which is plentiful in this region of Texas, could have made the twister appear larger than it actually was.

"Although it appeared to be a large wedge tornado, it's possible that it was a smaller tornado wrapped in dust, as this photo shows," Ferrell wrote. "Regardless of its size, it was a very scary sight to see." 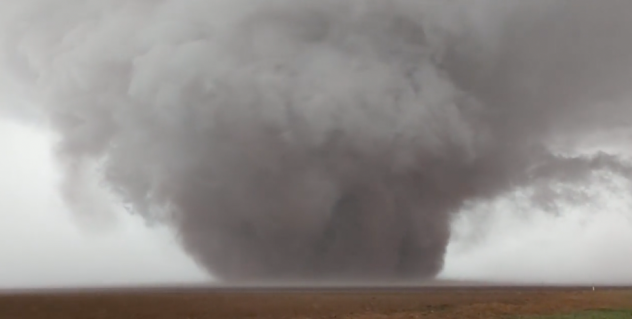 This twister arrived just two days before the day which is statistically the peak of tornado season, according to research conducted by AccuWeather's data science team.

The tornado was given a rating of EF2 on the Enhanced Fujita Scale by the National Weather Service in Lubbock. They estimated the width at 0.8 miles based on the damage assessment but admitted the twister could have been wider, based on photos and videos. One of the limitations of the Fujita scale is that it relies on surveying damage, and this tornado mainly churned in an empty field.

Fortunately, there were no injuries reported, even though there were a large number of storm chasers scattered alongside the road watching the storm.

In one video shared on Twitter by storm chaser Chad Casey, cars can be seen parked on the side of the road, and at least one person can be seen taking a 'selfie' with the massive tornado in the background. Casey described the tornado as an "absolute monster" in his post.

In awe of the sheer size of the tornado, storm chasers shared multiple photos and videos of the twister on social media.

"Honestly, not sure how I could ever top this moment," National Weather Service (NWS) employee, Carter J. Humphreys, wrote on Twitter. "Amazing tornado near Morton, Texas, this afternoon." 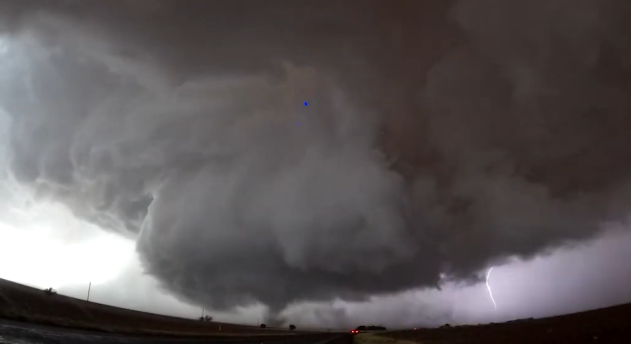 While these storm chasers got a front-row seat to this twister, being out in the elements with no safe place can be incredibly dangerous. According to NOAA's Storm Prediction Center, three more tornadoes were reported Monday along with large hail as big as tennis balls.

Tornadoes are nature's most violent storms and can level neighborhoods in seconds. Taking some basic tornado safety precautions can save one life. Most importantly, it is crucial for someone to seek shelter immediately if they are within a tornado-warned storm.

Close call with lightning strike: ‘I thought I was a goner’