Identifying nature’s dangerous whirlwinds: A guide to 5 types of tornadoes

Tornadoes are one of Mother Nature’s most destructive forces and can come in all shapes and sizes.

While each tornado is unique, there are similarities that can allow tornadoes to be categorized by size, appearance and how they form.

Regardless of the type, each and every tornado can be dangerous with destructive winds that could put lives and property in danger.

Tornadoes that are on the ground for longer periods of time may transition from one type to another as it changes in size and shape throughout its life cycle.

Rope tornadoes are some of the smallest and most common types of tornadoes, getting their name from their rope-like appearance.

Most tornadoes begin and end their life cycle as a rope tornado before growing into a larger twister or dissipating into thin air. However, some may last for only a few brief minutes, retaining their ropelike appearance the entire time that they are in contact with the ground. 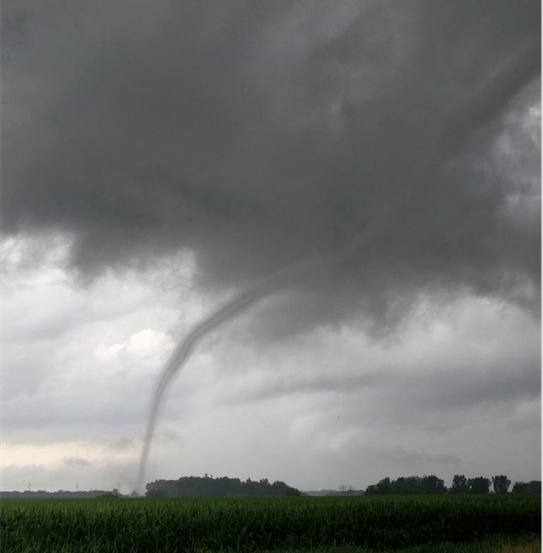 A rope tornado near Litchfield, Minnesota, on July 11, 2016. (Photo/Matthew McKeever)

Despite their small size, they can still be dangerous to those in their path.

“Although rope tornadoes may look weaker than much larger ones, some get more intense as they narrow and tighten,” NOAA’s Storm Prediction Center (SPC) said.

When people think of a tornado rolling across the Plains in the central United States, a cone tornado is often what comes to mind.

Cone tornadoes, similar to rope tornadoes, get their name from their shape. They are narrower where they touch the ground than where they meet the base of the associated thunderstorm.

A tornado as it moved west of Manitou, Oklahoma, on Nov. 7, 2011. (Photo/Chris Spannagle/NOAA)

These are generally more dangerous than rope tornadoes as their paths tend to be wider and they can leave a larger trail of damage.

A stovepipe tornado is similar to a cone, the main difference being that they are generally the same width at the base of the thunderstorm as where they meet the ground.

Some of the largest and most destructive tornadoes in history fall in the category of a wedge tornado.

Wedge tornadoes can appear wider than they are tall, and they can leave behind a large trail of destruction in their wake.

“With a wedge tornado, you’re talking a half-mile wide or greater, and for anything in the path of a wedge tornado, there is going to be some type of damage,” AccuWeather Senior Meteorologist Guy Pearson said. 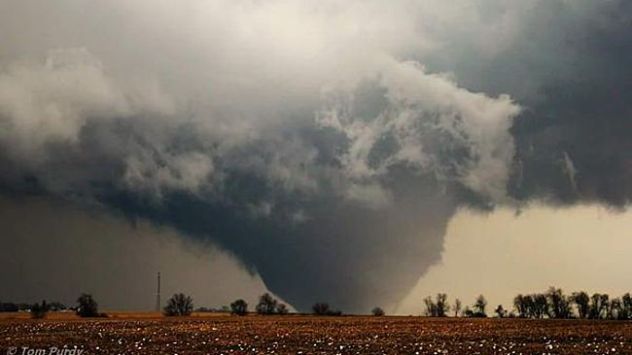 Wedges are usually major tornadoes, meaning that they are given the rating of an EF-3 or higher, Pearson said.

Some of the worst tornadoes in history were wedge tornadoes, including the El Reno tornado that tracked across Oklahoma on May 31, 2013. This was the widest tornado ever recorded, growing to 2.6 miles wide during the height of the storm.

Supercell thunderstorms are organized storms that have a strong circulation. This circulation is what helps lead to the formation of a tornado.

“Multi-vortex means that you have at least two, if not more, little areas that are swirling around the main parent circulation," Pearson said.

“Basically [these extra areas of circulation] are just little rope tornadoes themselves that do additional damage,” Pearson said. 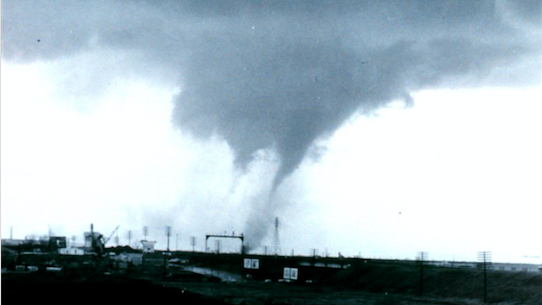 While multi-vortex tornadoes have small ropes spinning around them, in extreme cases, a storm can produce two tornadoes spinning independently of each other.

When this occurs, the second tornado that forms is called a "satellite tornado." These are extremely rare and can lead to multiple trails of damage in the wake of the storm. 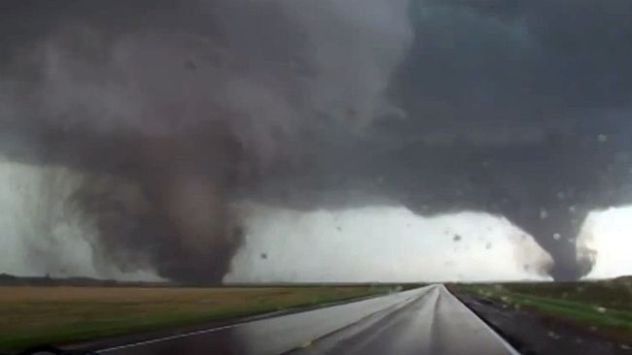 Waterspouts and landspouts may look like tornadoes, but they can develop when no thunderstorms are in the area.

“Although waterspouts are always tornadoes by definition; they don't officially count in tornado records unless they hit land,” the SPC wrote.

How are tornadoes rated using the Enhanced Fujita Scale?
The difference between tornado watches and warnings

While some waterspouts develop the same way that tornadoes do, many are not associated with supercell thunderstorms.

These "fair-weather waterspouts" are more common than their counterpart and can develop under clouds such as those associated with lake-effect rain and snow showers around the Great Lakes.

“They are smaller and weaker than the most intense Great Plains tornadoes but still can be quite dangerous,” the SPC said.

Despite being weaker than most tornadoes, they can still be strong enough to overturn boats and create rough seas. 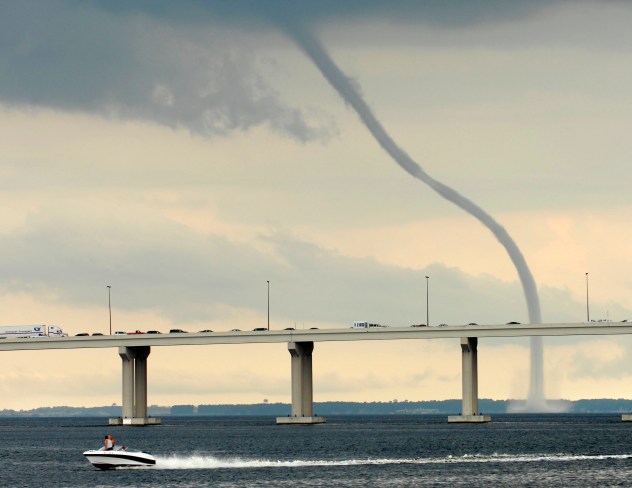 Landspouts are similar to waterspouts as they can develop when there is not a supercell thunderstorm present.

“A landspout is a lot like a waterspout, you get the right conditions for a weak vortex to form, and it’s just enough to connect [from] the ground to the apparent rain shower or thunderstorm above,“ Pearson said.

Landspouts tend to be very weak and short-lived lasting for only a few minutes. However, they can be strong enough to cause some damage, typically what is equivalent to an EF-0 tornado.