A heat wave which has been plaguing the Korean Peninsula since the middle of July has become historic.

Temperatures soared to the highest recorded level since records began in 1907 as the mercury reached 40.7 C (105.7 F) in Hongcheon, located in northeastern South Korea on Wednesday. 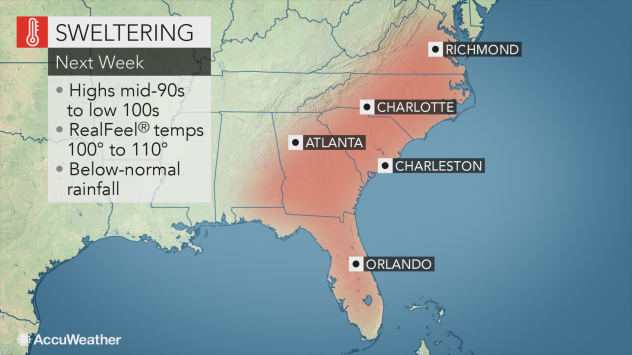 Since the start of the heat wave, at least 29 people have died from heatstroke and more than 2,300 others have been hospitalized with heat-related illnesses, according to the Korea Centers for Disease Control and Prevention.

The combination of a shorter-than-usual wet season and a strong area of high pressure shielding the region from significant rainfall has allowed the prolonged heat wave to linger across the region.

Very warm nights have made the situation more dire as low temperatures have failed to fall below 27 C (80 F) in many locations across the country.

Seoul reported its warmest night on record Wednesday and then again on Thursday. The temperature only fell to 30.4 C (86.7 F) Thursday night into Friday morning. 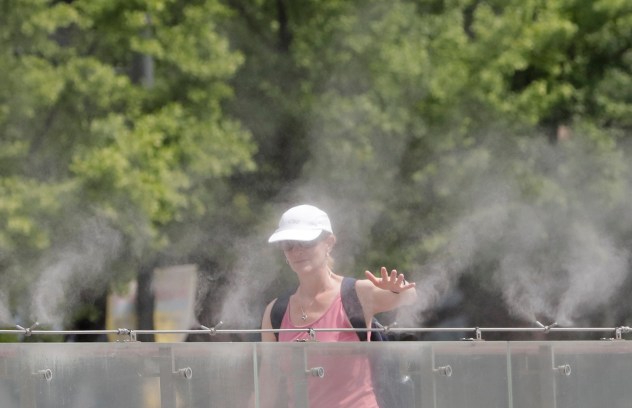 A visitor walks through a water mist to cool herself off at the Gwanghwamun Square in downtown Seoul, South Korea, Monday, July 23, 2018. (AP Photo/Lee Jin-man)

The combination of extreme heat and high humidity will make it feel even worse with AccuWeather RealFeel&reg; Temperatures ranging between 40 and 43 C (105 and 110 F) for locations away from the immediate coastline.

The heat wave has also affected North Korea where state media reported that crops have suffered heavy damage, according to Channel News Asia.

Normally, the hottest time of the year in the Korean Peninsula is the first half of August, so long-lasting relief is not expected any time soon.

However, a frontal boundary will approach the region early this week, bringing the chance for showers and thunderstorms.

While not all locations will get this cooling rainfall, some locations will receive a brief reprieve from the heat. The highest chance for rainfall will be across North Korea and northeast South Korea.

Where it doesn’t rain on any given day, temperatures are expected to remain several degrees above normal, but not as extreme as temperatures have been.