Snow, ice and slippery travel to precede next round of Arctic air in midwestern US

This icy waterfall within Minnehaha Falls in Minneapolis, Minnesota wasn't stopped on Jan 19 even after up to 15 inches of snow fell the night before.

Snow and ice will sweep through the midwestern United States into Wednesday ahead of the next blast of Arctic air poised to arrive late this week.

The same storm that blanketed the interior West with a fresh round of snowfall to start the week is sweeping through the Central states. The storm produced blizzard conditions over the High Plains of Colorado during Monday night to Tuesday morning.

A small home was blown over amid blizzard conditions in Cripple Creek, Colorado, the Cripple Creed Fire Department said on Facebook. One person and two cars were in the home when it was blown over, but all were reported safe. 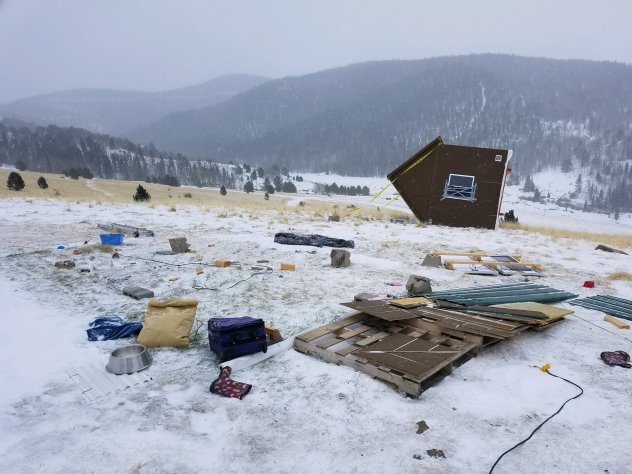 “Expect delays on highways and at the airports in the North Central states due to conditions ranging from rain, fog and gusty winds to snow, ice and slippery conditions that may require deicing operations,” said AccuWeather Senior Meteorologist Alex Sosnowski.

Numerous accidents and travel delays were reported along Interstate 70 in Kansas on Tuesday afternoon due to icy roads.

While the southern tier can expect mainly rain from this event, those farther north will contend with another round of slippery, slow travel due to snow and ice. 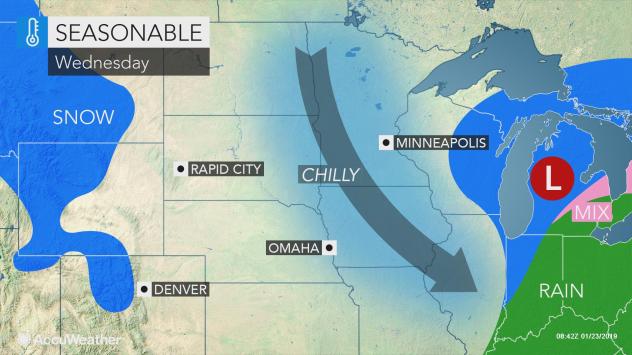 The Detroit Metropolitan Wayne County Airport was forced to close on Tuesday night due to icy conditions. The airport is expected to reopen at 7 a.m. EST Wednesday.

All DTW taxiways and runways are closed due to icy conditions. The constant precipitation diluted the deicing fluid. Crews are working to reopen the surfaces. DTW is expected to be closed overnight. Please contact your airline before heading to the airport.

Detroit Metropolitan Airport remains closed this morning due to icy conditions. Maintenance crews have been working around the clock. They are making progress as the weather begins to improve; however, it is too soon to determine when DTW will reopen.

While icy weather gripped Detroit, heavy snow blanketed areas from Nebraska and Kansas to Iowa and southern Wisconsin on Tuesday and Tuesday night.

The area of snow will continue to sweep northeastward into Michigan into Wednesday afternoon.

Motorists are urged to slow down to avoid spinning out on snow-covered areas of the roadways. Make sure you have a winter survival kit in your vehicle in case of emergency.

Just enough cold air can meet up with the tail end of the storm to cause rain to changeover to snow and a period of slippery travel conditions across part of the Ohio and Tennessee valleys later Wednesday.

Download the free AccuWeather app to know exactly what type of precipitation is forecast in your area and when it will arrive. 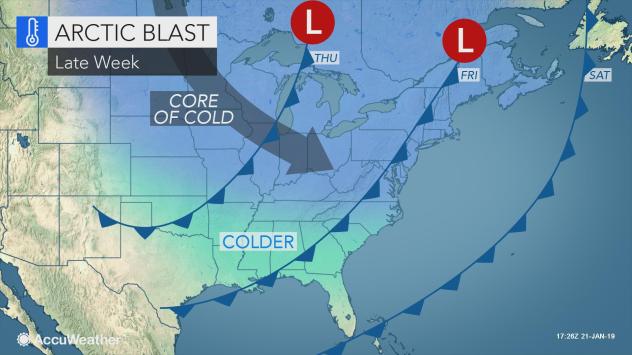 “While the air behind the storm will not immediately bring a return to Arctic cold, brutally cold conditions are expected to return to the northern and central Plains on Thursday and much of the balance of the region during Thursday night and Friday,” Sosnowski said.

Friday may be Chicago’s coldest day of the winter thus far, with a forecast high in the single digits F.

A light round of snowfall will swing through with the Arctic blast, whitening the Dakotas on Thursday night before reaching the central Plains on Friday.