A bouquet of flowers marks the spot of January 18's bizarre and tragic accident in Arlington Heights, Illinois involving a 12-year-old girl who died when a makeshift snow fort collapsed on top of her.

A 12-year-old girl died after a snow fort collapsed on her outside of a church in Illinois, police said.

Investigators said the 12-year-old and a 9-year-old girl dug the fort Sunday in a snowbank near Rothem Church while their parents were at services inside the church.

When the girls hadn’t returned about an hour later, the parents went outside and found the collapsed fort, and immediately called for help. According to police, the fort collapsed on both girls.

The 12-year-old girl was in cardiac arrest when she was taken to a hospital. She was pronounced dead a short time later.

The girl has been identified to the Cook County Medical Examiner's Office as Esther Jung of Elk Grove Village.

Esther died of asphyxia and hypothermia due to entrapment in a snowbank, according to the medical examiner's office.

The 9-year-old girl was treated for hypothermia, and remains in an area hospital. According to Sgt. Charles Buczynski, she is expected to survive. 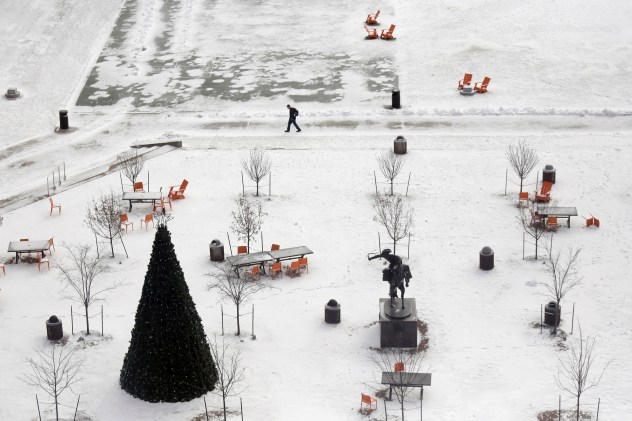 According to the CDC, on average, the United States has about 1,300 hypothermia-related deaths a year.

Signs of hypothermia include red or waxy skin, tingling in the extremities or if the core body temperature drops below 95 degrees Fahrenheit.