Snow blindness: How snow, the sun's UV rays can temporarily damage your vision

Did you know that harmful ultraviolet rays from the sun can reflect off of snow and temporarily impact your vision? Find out what snow blindness is and how to prevent it.

When Krista Canfield McNish hiked up to Mount Kilimanjaro’s summit with her friends, she was already aware of most of the trek’s potential dangers.

“We’d had some pretty bad avalanche conditions that were there; there have actually been some deaths along that area of the trail before,” said McNish, the founder of the FoodWaterShoes lifestyle blog.

However, the threat that impacted McNish on the hike was one that she didn’t expect.

“[One] night, my now-husband and I were hanging out in our tent, and all of a sudden, it felt like our tent had turned into a steam room,” McNish recalled. 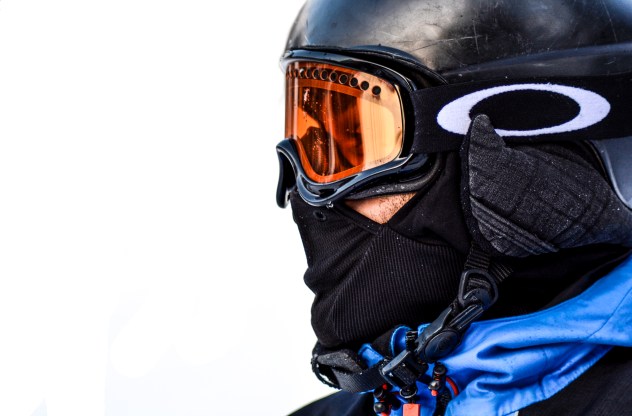 As the tent became increasingly hazy, she asked her boyfriend if he’d experienced the same phenomenon. He had not.

Of her group of fellow hikers, only McNish had been struck by snow blindness. Her vision had been affected by the glaring light of the sun reflecting off snow, which can reflect more than 80 percent of the ultraviolet rays that touch the ground.

How snow blindness impacts your vision

“Snow blindness is a temporary condition of painful blurred vision due to significant exposure to ultraviolet rays from the sun,” said ophthalmologist Dr. Ming Wang.

The condition is also known as photokeratitis, which is an inflammation of the cornea from light exposure.

"On a cellular level, the intense ultraviolet light causes a disruption of junctions in the corneal epithelium, [which is the cornea's other layer], causing small areas to slough off, exposing the sensitive nerve tissue underneath," Wang said.

This roughens the normally smooth cornea, which causes incoming light to scatter, resulting in blurred vision, he said.

The condition essentially causes a sunburned eye, and much like with sunburned skin, the affected person has already been exposed to the sun for too long by the time symptoms occur.

Although photokeratitis can occur in other ways, such as from a welder’s torch, during a solar eclipse and from the reflection of ultraviolet rays on water or white sand, the condition is common during winter.

Those that participate in winter sports including mountain climbing and skiing are especially vulnerable, as ultraviolet rays tend to be stronger at higher altitudes, Wang said.

McNish wore sunglasses as she and her team headed to the summit early the next morning after her experience.

Additional symptoms might include burning eyes, the gritty sensation of having something stuck on the eye area, blurred vision, headaches and light sensitivity.

“My eyes were watering constantly,” McNish recounted. “It looked like I was bawling, because they were just draining nonstop.”

It took about 24 hours before her symptoms began to dissipate and around two weeks before her eyes had recovered.

Snow blindness doesn’t cause permanent vision loss, but driving may be dangerous while experiencing symptoms and seeing color might also be temporarily impacted.

Avoiding both eye rubbing and wearing contact lenses are also essential to a swift recovery.

“Prevention is the most important thing, which is wearing sunglasses that protect 99 [to 100] percent of the eyes from ultraviolet light,” said Dr. Lama Al-Aswad, associate professor of ophthalmology at Columbia University Medical Center.

“Snow goggles wrap around the face so they cover the sides, too, so that the rays don’t come in from the side,” Al-Aswad said.

Clouds offer no protection from ultraviolet rays, so it’s important to keep eyes protected with the appropriate eye gear even on overcast days.

“Snow blindness was something that got me that I wasn’t expecting, and now it’s something I don’t mess around with,” McNish said.