The year was 1919 and a journeyman hurler worked into the ninth inning when suddenly "a frightening spectacle" occurred. What happened next still has people talking over 100 years later. 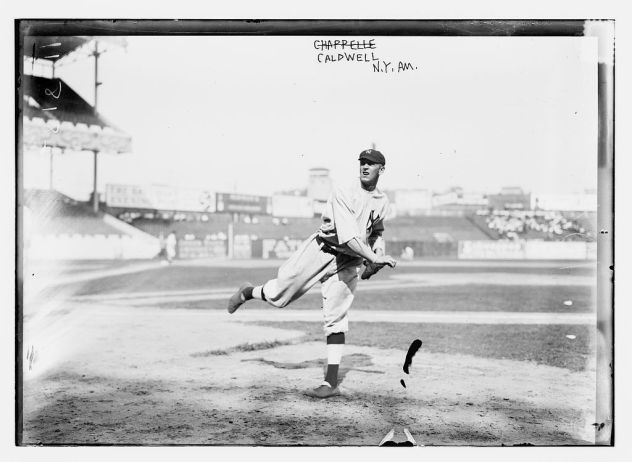 Nearly 20,000 different men have called themselves Major League Baseball players since the inception of the league, and the vast majority have been entirely forgotten in the immensity of the sport's history.

Ray Caldwell's career was heading in that direction. Despite having a page full of unique anecdotes, alcohol abuse and off-the-field troubles had his career on the path toward obscurity.

"I don’t think a guy like Ray Caldwell could exist anymore in Major League Baseball," Randy Anderson, president of the Chautauqua Sports Hall of Fame, told AccuWeather. "He’s a real throwback to when times were much different."

Ray Caldwell is a name that could win you a few dollars at trivia night. He was the inaugural pitcher to start games at the grand opening of both Fenway Park and Ebbetts Field, he tossed the 91st no-hitter in baseball history, was one of the final 17 pitchers to legally be allowed to throw a spitball and even roomed with Babe Ruth when he played in Boston. 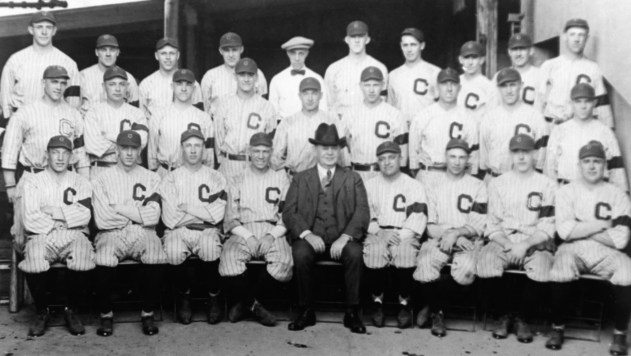 But despite those fun facts, none were notable enough to memorialize his career.

However, there was one day, in August 1919, that did make Caldwell's career forever memorable. In the blink of an eye, out of the blue, a lightning bolt struck Ray Caldwell as he stood on the pitcher's mound, mid-game.

Somehow, he just popped back up and finished the game.

Bottom of the ninth

"It happened to be Caldwell’s first start with the club. It’s a pitcher's duel against Connie Mack’s Athletics," Jeremy Feador told AccuWeather. "And you get to the ninth inning, two down, the batter's up and then all of the sudden there’s a big crack of thunder and lightning hits behind the pitcher’s mound."

Feador holds the unique role of historian for the Cleveland Guardians organization, a position he loves because of stories like Caldwell's.

The incredible distinction of that mid-season game doesn't end with the lightning strike but rather with what Caldwell did next.

After retiring the first two batters of the ninth inning, Caldwell was just one out away from finishing the game. Athletics shortstop Joe Dugan stepped up to the plate.

"Boom!" reads SABR.org's historical recount. "A game which had featured little action, and even less drama, suddenly turned into a frightening spectacle."

The lightning struck League Park, Cleveland's home stadium, as dark clouds rolled off Lake Erie. Throughout the stadium, fans were sent scurrying by the bolt, which Anderson suspects may have injured spectators due to the metal railings. 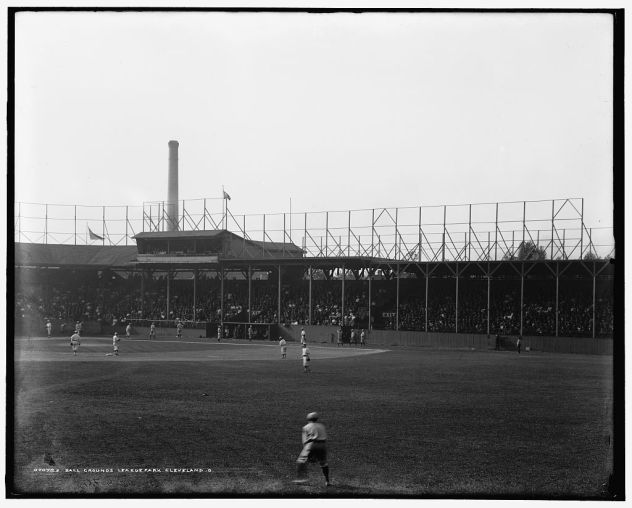 League Park was the home of the Cleveland Indians on that incredible day in 1919. (Library of Congress)

"You think of what a chaotic scene that probably was, especially with fans at the ballpark. It mentioned in the paper that it sounded like the backfiring of a thousand cars," Feador said. "If you could be a fly on the wall for a game, that’d most definitely be one."

On the diamond, Caldwell was sent sprawling.

For five minutes, he laid on his back unconscious as teammates feared that he was dead.

Accounts from the day claim that the lightning struck Caldwell by way of the metal button on his hat and exited through his metal spikes. Surrounding teammates were also struck. Catcher Steve O'Neill tossed away his scalded mask, while shortstop Ray Chapman nearly fell over due to the numb feeling in his legs.

Chapman, as baseball diehards know, is far more remembered for another infamous on-field incident. Almost exactly one year after the lightning strike, Chapman was killed after being struck in the head from a Carl Mays' fastball in an era prior to batting helmets.

"I mean what are the odds of being struck by lightning?" Feador pondered. "I’m not a statistician, but I know that there’s a high odd probability of that not happening to any one of us, but Chapman gets struck by lightning and then a year later, Chapman is struck by a ball to the head and killed. Talk about an unlucky person, insofar as these wild probability situations and Chapman’s hit with both of them."

Ray Chapman, pictured here in 1918, survived his lightning strike in 1919 but was killed by a pitch in 1920. (Library of Congress)

But to bounce back up and finish the baseball game you were in the middle of after such a strike? Those odds are unfathomable.

Upon regaining consciousness, Caldwell stepped back onto the mound and, while still in certain shock, went back to work pitching to Dugan, who certainly couldn't have expected his at-bat to go on.

But unlike in today's instantaneous news world that documents history on social media, the 1919 process didn't work the same.

While the story of Caldwell being struck by lightning would have been a front-page story a century later, Feador said that at the time, it was relegated to the sports section of The Plain Dealer. Other news outlets didn't even mention the near-catastrophe in their stories at all.

"Think about what would happen nowadays, if a game was being played and a player was struck by lightning and thrown on the ground," Anderson said. "Would anybody expect that player to get back up, dust themselves off and continue to pitch? I mean, there would be a major uproar!"

In many ways, Caldwell's electrifying performance that day was a microcosm for his career. A brilliant pitcher, knocked down by off-the-field (or out-of-the-sky) distractions, who almost always got the job done, one way or another.

That day, and in that era, there was probably little question about whether Caldwell would finish the game or not.

"It definitely speaks to the era that they were playing in. You needed to finish the game if you could, if you were conscious," Feador said. "It was a badge of honor to have the complete game and you didn’t want other people finishing the game for you."

For Caldwell, the batters and the lightning may have been the easy opponents. It was the "demons" before and after the games that gave him the hardest test.

After spending the first nine years of his career with the New York Yankees, Caldwell was traded to the Boston Red Sox, where he roomed with the legendary Ruth. Both Ruth's and Caldwell's propencity to party made for a poor mix, and after a weak start to the season, Caldwell was released. 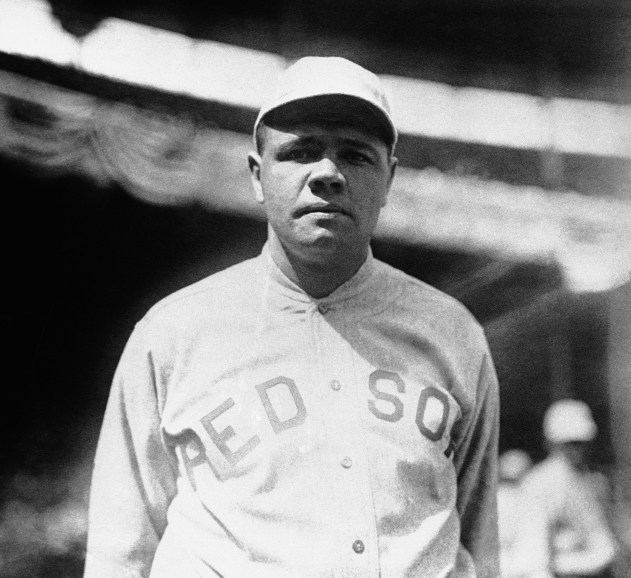 "He pitched for the Yankees and had some good seasons, but he would often be disciplined for not showing up whether it was alcohol-related or other incidents," Feador said. "He ended up going to the Red Sox where he roomed with Babe Ruth, which I guess was adding gasoline to the fire, I suppose, with Babe being a noted partier."

Upon being released by Boston, Caldwell was contacted by Tris Speaker, a Hall of Fame outfielder, who was a player and manager for the then-Indians. It was in Cleveland that Caldwell would have some of his best performances.

Was it ignited by the lightning strike? Some think so. It probably also didn't hurt that Speaker worked to curtail Caldwell's heavy drinking.

According to Feador, author Michael Lewis wrote in a 1949 book that Speaker and Caldwell may have agreed upon one of the most unique contracts in MLB history. Lewis wrote that the contract featured a requirement for Caldwell to get drunk on the night after he pitches, to wake up the next morning to run sprints, then not drink the day before the next start.

It's a story that Feador casts a suspicious eye upon, but said that the yarn has been repeated enough for people to take it as historical truth. 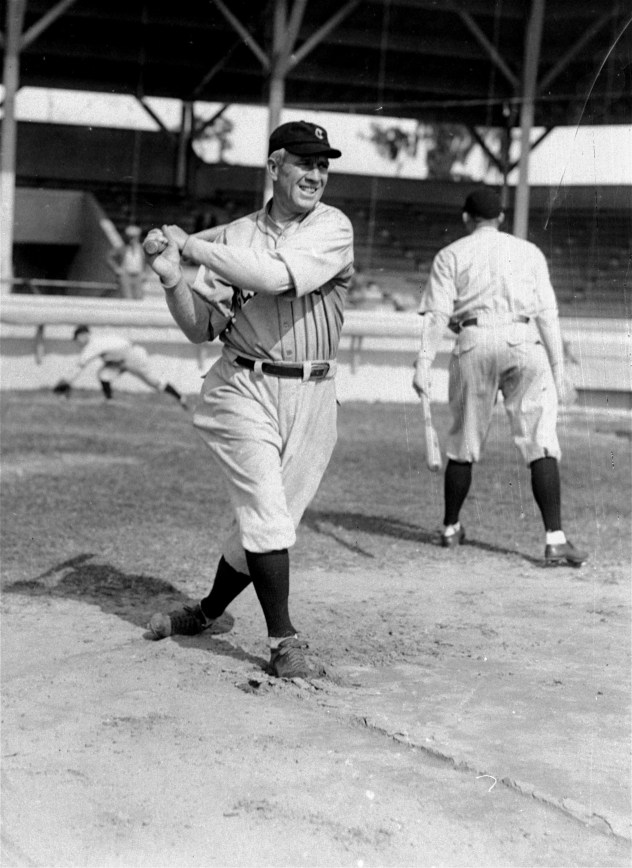 But regardless of the contract, Caldwell's tenure with the Indians proved fruitful, as just a couple weeks after the lightning strike he would toss a no-hitter before helping the team to win its first-ever World Series title the next season.

"You can also see how much he meant to Cleveland fans because in the '60s there was still a lot of people alive that remembered the 1920 team," Feador said. "For a player that had a season like that, that solidified himself ... fans still remember that Ray Caldwell was one of the guys that got the team over the hump."

The lightning legacy, 'Believe it or not'

The shocking event of that 1919 game may not have been deemed noteworthy at the time, but a century later the story has taken on new life.

At the Chautauqua Sports Hall of Fame, Anderson says fans are astonished when they hear of the feat.

"Literally their eyes bulge out and they’re incredulous," he said. "They’ll go, 'That couldn’t have happened. There’s no way a guy can get struck by lightning, knocked out and then get up again and finish the game.'"

Caldwell's performance for the championship-winning 1920 team endeared him to fans. (Image via Library of Congress)

Years after the event, Caldwell was paid $100 to appear on Robert Ripley's radio show "Ripley's Believe It or Not."

Today, the story reemerges every few years on social media. Feador said that in 2020, he shared news clippings from The Plain Dealer of the famous game and a local sports channel highlighted the historical moment during a "this day in history" segment.

Feador added that despite all of Caldwell's career accomplishments, "he’s probably more remembered for getting hit by lightning."

"Ray Caldwell is just a fascinating character," Anderson said. "It's just such a remarkable story that it's hard to believe, given what we know about baseball nowadays. You can hardly believe that kind of thing could have happened."

Extreme drought leads to intriguing discovery at bottom of Calif. lake
Scientists were first who dared to forecast ‘an act of God’
Florida unseated as the lightning capital of America?