BREAKING: Punxsutawney Phil has seen his shadow and declared that there will be six more weeks of winter.
EXCLUSIVE: AccuWeather forecasters release 2023 US spring forecast. Get the details.

These are the necessary ingredients that create one of the most destructive natural forces in the world.

At least 16 people were transported to a hospital and treated for non-life-threatening injuries when a tornado struck the city of Los Ángeles in central Chile. No fatalities have been reported.

The tornado hit the capital of the Chilean province of Biobío early Thursday evening, local time. A child under the age of 10 years old and a 17-year-old pregnant young lady were among those injured.

More than 200 homes were affected, with the majority sustaining roof damage, according to the city's official Twitter feed. 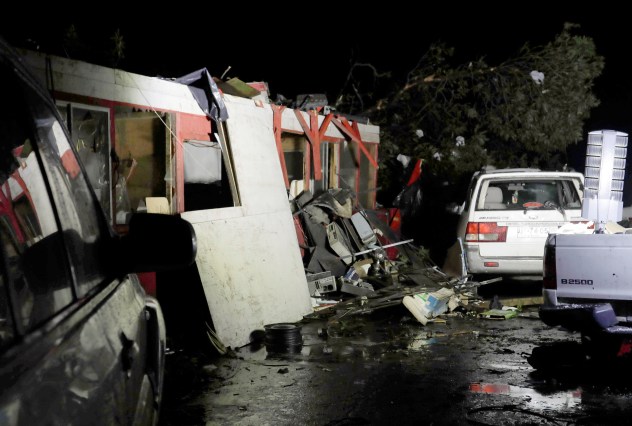 A destroyed house is seen after a strong and unusual tornado in Los Ángeles, Chile, on May 30, 2019. (REUTERS/Maribel Fornerod)

Large trees were uprooted, and a total of 12,000 CGE clients had lost electricity at one time after the tornado hit, according to Radio Bio Bio. Power restoration work continues.

Tornadoes striking Chile do not happen often, as the air filtering in from the southern Pacific Ocean is typically too cool and not unstable enough for tornadoes to be produced. The same is true for the western coast of the United States.

However, tornadoes are not unheard of.

Thursday evening's tornado was triggered as the latest in the series of storms swept into central Chile.

Friday brought the seventh consecutive day of measurable rain in nearby Concepción.

Another tornado reportedly touched down near Talcahuano, Chile, on Friday with residents flooding social media of photos and videos of the damaging storms.

It is unknown if more people were injured from Friday's severe weather in Chile.

"Some rain will continue to dampen these cities on Saturday as the heaviest rain shifts southward," AccuWeather Senior Meteorologist Rob Miller said.

Drier air will sweep in for Sunday and Monday before more rain returns by Tuesday.

Download the free AccuWeather app for a more detailed forecast for your community.