March for Science: Nearly 500 communities across the globe will partake in Earth Day rallies

In response to recent government policies that may put the scientific community at risk, scientists and advocates are marching in the streets of Washington, D.C.

This Earth Day, Saturday, April 22, 2017, people in cities across the globe will march to celebrate science and its valuable role in everyday society.

According to the event website, the march is not only about scientists and politicians; it is about the role that science plays in each of our lives and the need to respect and encourage research that gives us insight into the world. 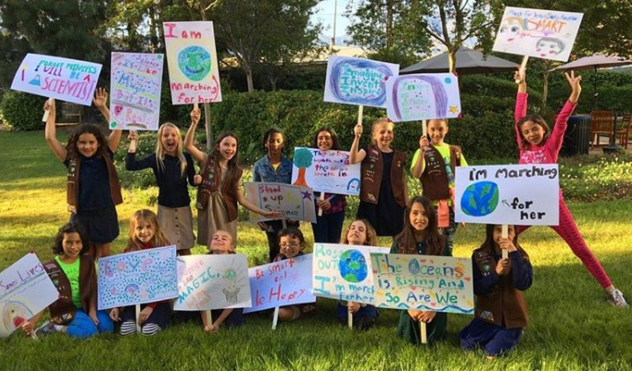 The Girl Scouts in Pasadena made posters in preparation to March for Science on Earth Day in downtown L.A. (Image via Lydia Breen and Instagram/marchforsciencela)

“The March for Science is an unprecedented call to action for everyone who knows that science is essential to public health, global and economic security, and the livelihood of communities around the world,” said Christine McEntee, executive director & CEO of the American Geophysical Union. 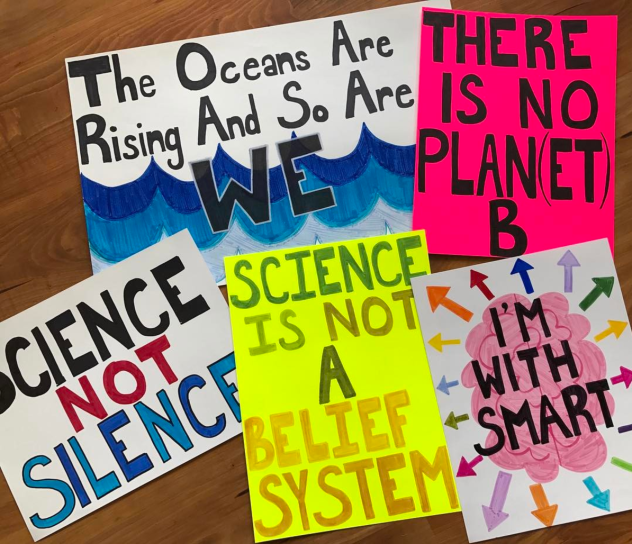 Preparing signs for the march. (Image via cooslovesscience)

The movement has 198 partner organizations, with more joining. The March for Science announced three honorary co-chairs who will help promote the march globally, as well as attend and speak at the Washington, D.C., march.

They are Mona Hanna-Attisha, a pediatrician who exposed dangerous lead poisoning in Flint, Michigan; Lydia Villa-Komaroff, a biologist who made critical contributions to producing insulin from bacteria; and Bill Nye, a science educator and CEO of The Planetary Society.

"We march for science so that scientists have the freedom, like I did, to speak out, free from politicization and to continue to make the world a better place,” Hanna-Attisha said.

The March for Science website says anti-science agendas and policies have been advanced by politicians on both sides of the aisle, and they harm everyone — without exception. The site said science should neither serve special interests nor be rejected based on personal convictions.

“An ethical science is meaningful to us all and its role in our communities, our homes and policy making should be protected and celebrated,” said Kristian Aloma, director of the March for Science Chicago.

Inclusion, diversity, equity and accessibility are central to the march's mission and principles.

“Defending science, innovation, and discovery is an absolute must in every community throughout the world,” said Claudio Paganini, organizer with the March for Science Berlin.

Thx @colortheheart for making and sharing this cute cell diagram coloring page! Tag us and show your #MarchForScience signs for a RETWEET! pic.twitter.com/DShhSDY34d

“We are thrilled by the outpouring of support from museums, aquaria, scientific societies, NGOs, universities, religious groups and citizen science organizations,” Ayana Elizabeth Johnson, co-director of partnerships of the March for Science, said.

Those interested in learning more about the March for Science and how to participate can visit www.marchforscience.com.

Live footage of March for Science will be available via the Earth Day Network stream: