Four times every year, New Yorkers and tourists alike come together on the streets of Manhattan to view one of the most anticipated sunsets of the year, known as Manhattanhenge.

Taking place twice every May and July, the phenomenon happens when the sunset perfectly aligns between the buildings on some east and westward roads due to Manhattan’s grid system.

The result is a very vibrant glow that illuminates the north and south sides of the borough's towering buildings.

The event always happens around the same dates each year. 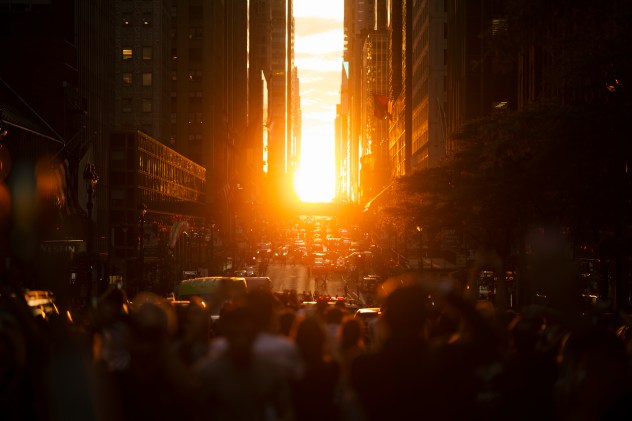 Those who are in the city on May 30 should be in luck in terms of the weather conditions.

“It’s a good thing actually that we’re looking at Wednesday rather than a few days earlier or later, because it looks like they are going to go through a cloudy stretch,” AccuWeather Senior Meteorologist Dave Dombek said.

Dombek added that the weather on Wednesday would be a mix of clouds and sun, leaning more towards sunshine. 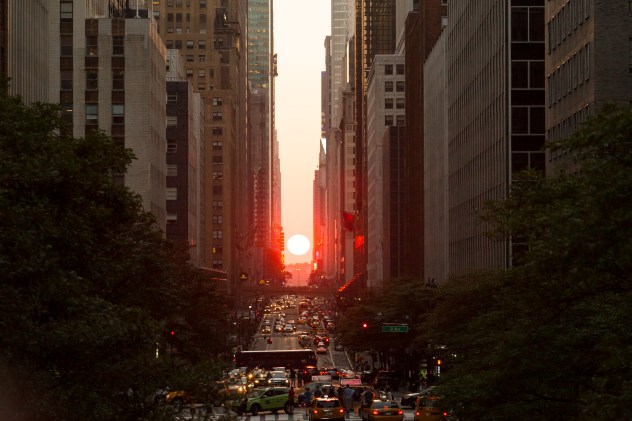 “At this juncture, it looks pretty good, as far as the whole sun situation goes,” Dombek said. "If that sequence was a day or two earlier or later, there would be a lot more clouds around."

There is a chance that patchy low clouds to the south wander in toward sunset. The clouds are more likely to move in after dark.

The term “Manhattanhenge” was first coined by astrophysicist Neil deGrasse Tyson in a blog post he wrote in 2002.

Back then, the two dates perfectly coincided with Memorial Day and the Major League Baseball’s All Star break.

“Future anthropologists might conclude that, via the Sun, the people who called themselves Americans worshiped War and Baseball,” deGrasse Tyson wrote on his blog.