More than just a pretty picture: The science behind stunning sunsets

Founder of SunsetWx Ben Reppert discusses the allure behind a powerfully beautiful sunset.

While the series of colors in a sunset may hold a certain allure by themselves, there's more to the story than just a pretty picture.

"Sunlight is composed of all the colors of the rainbow," said AccuWeather Meteorologist Reneé Duff. "As the sun dips down over the horizon, sunlight has to pass through a thicker layer of the atmosphere compared to the daytime."

"This causes the blue light that is seen during the daytime to be scattered away from our eyes, allowing more orange and red light to pass through," said Duff. 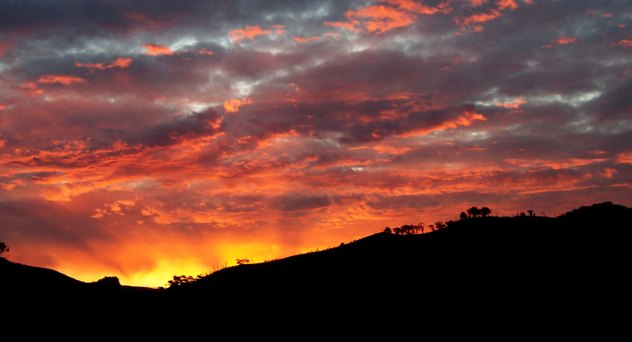 According to basic atmospheric science, the essence of a beautiful sunset is held in the cloud layer, specifically the clouds at the upper and lower levels. Any clouds that are too low make for cloudy skies, covering up the sight of the setting sun.

"Different levels of [the atmosphere] matter," said Ben Reppert, one of the founders of SunsetWx, a website that calculates a sunset-driven forecast. "[It's interesting] how something that’s going on so far away from your particular area can make or break a sunset."

The brilliant colors reflected in the clouds take on the red and orange hues of the setting sun, reflecting the colors back to the ground.

"It’s like a movie projector screen, so the sun’s light [is] just casting this brilliant light on the undersides of clouds," said Reppert. 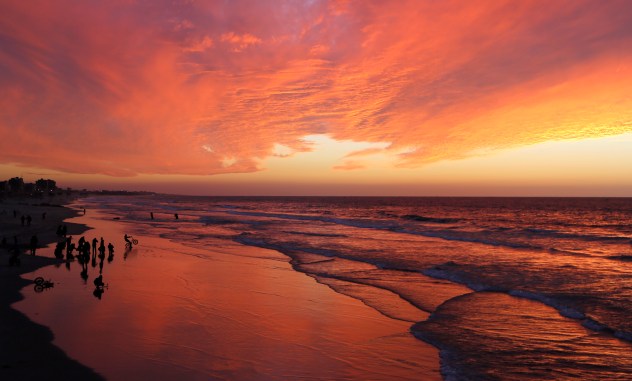 People are silhouetted by the sunset at the Gaza port, in Gaza City, Tuesday, Jan. 10, 2017. (AP Photo/Hatem Moussa)

The best part of sunsets, though, are what they mean to every different person, Reppert said.

"If you’re at the end of a long, stressful day, seeing such a vivid sky light up, [it will] make you stop and go, 'Wow,'" he said.

What is a ‘ring of fire’ solar eclipse?
Why the northern lights will be harder to see over the next decade
Why do meteors glow in vibrant colors?

The number of vivid sunsets varies on the location; they're more common in some places than others. However, several different elements have to come together for a particularly picturesque one. 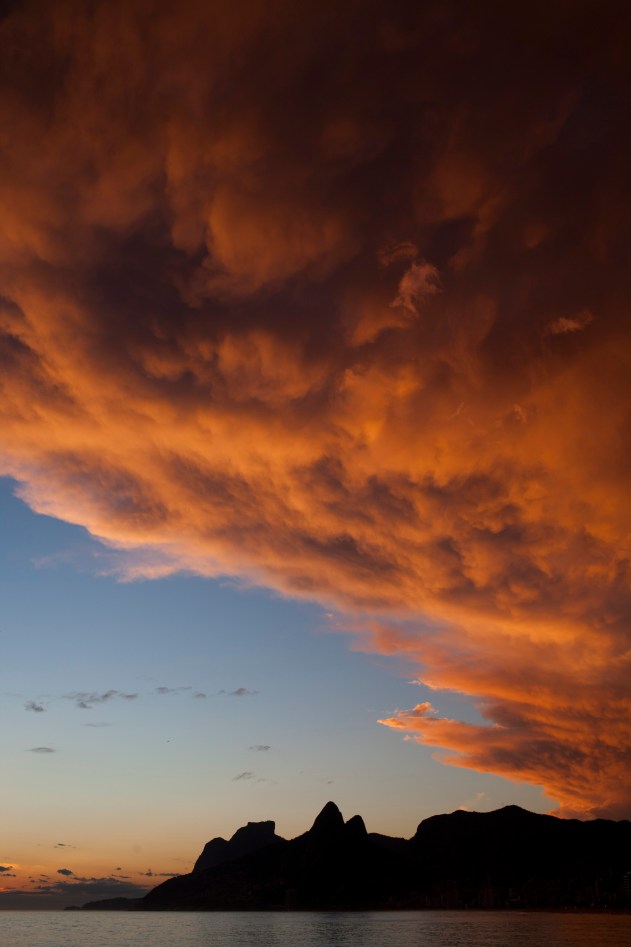 "If you don’t know anything about the science... you should appreciate a good sunset because a lot of atmospheric factors come into play," he said.

"When you dig down into how difficult it is to make a real vivid [sunset].... it’s something you should not take lightly."