NASA captured images showing before the lava lake in Halema‘uma‘u crater drained, after the caldera floor collapsed, and after the crater floor pooled with water.

The Halema‘uma‘u crater on Kilauea, located in Hawaii, has been relatively quiet over the last year after a frenzy of activity in 2018, which all began with an explosive eruption of ash 30,000 feet into the air during May. But, since at least 2019, there has been a change that scientists believe could pose a potential danger to the Big Island. Water has started to collect in the caldera to form a lake.

A caldera is a large crater left behind in a volcano after an eruption. From 2010 until 2018, a lava lake had filled the caldera rather than water. That changed in May 2018 when the eruption caused the lava lake to drain, collapsing the caldera floor and causing a hole nearly as deep as the 1,776-foot One World Trade Center. The eruption also created a 459-foot cliff (140 meters) north of the crater.

It was then discovered that water had indeed started to pool into the lowest part of the Halema'uma'u crater, and ever since the water was discovered in 2019, the depth of the lake has been steadily growing. 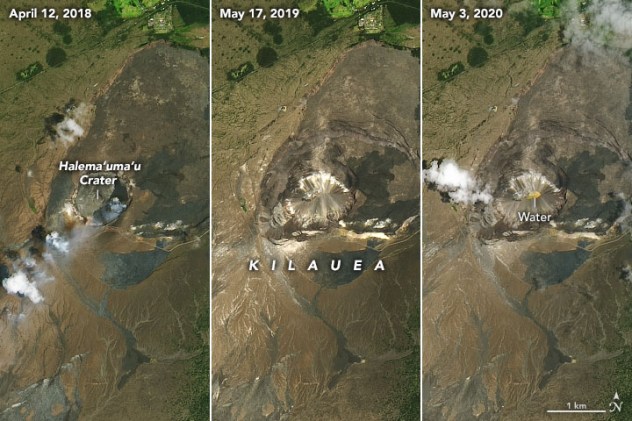 The sequence of satellite images above shows Halema‘uma‘u crater before the lava lake drained (left), after the caldera floor had collapsed (middle) and after water pooled on the crater floor for nine months (right). (Joshua Stevens / Landsat data from the U.S. Geological Survey)

“We know that the crater floor dropped a little more than 70 meters below the water table in 2018. Any time that you punch a hole below the level of the water table, water is eventually going to come in and fill that hole,” explained Don Swanson, a volcanologist at the U.S. Geological Survey’s Hawaiian Volcano Observatory. 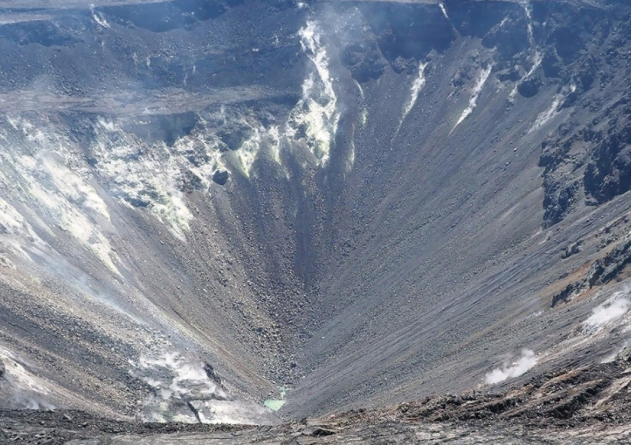 Currently, the water has an area larger than five football fields combined and is approximately 100 feet (30 meters) deep, according to NASA's Earth Observatory.

The water has also changed color from the original chalky green to a rusty brown, due to chemical reactions happening in the water. 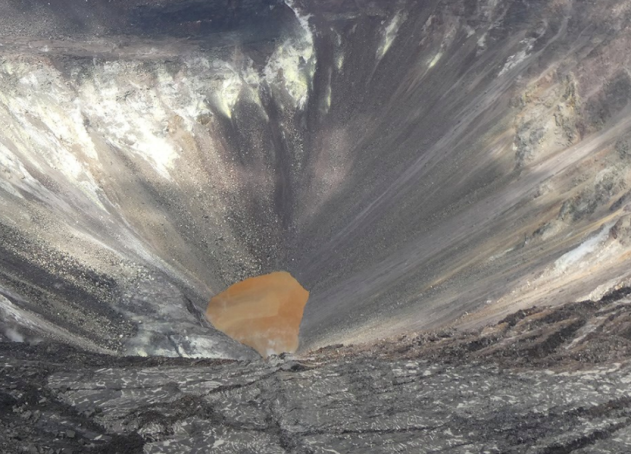 As for how the water could affect a future eruption of the volcano, Swanson said it could contribute to an explosive eruption, since one of the main factors behind a big volcanic explosion is the amount of water and other gases that get caught up inside the magma.

“In one case, magma could rise quickly up the conduit and intersect with the lake,” said Swanson. "In the second, the crater floor could collapse and drop all of the water down to a zone where it would be quickly heated into steam.”

While an explosive eruption remains possible for Kilauea, Swanson said the next eruption could also happen slowly and all the water could evaporate.

“We do not want to be alarmist, but we also need to point out to the public that there is an increasing possibility of explosive eruptions at Kilauea,” said Swanson.

Only time will tell what is in store for Kilauea, but for now, the volcano is being closely researched and monitored by geologists.