Drone footage captured over Lake Charles, Louisiana, on Aug. 27, shows the extensive damage caused by Hurricane Laura, which blasted the area with powerful winds as it made landfall as a Category 4 hurricane along the Louisiana coast.

While the eye of the hurricane brings a moment of calm, the storm surge ahead of landfall is the harbinger of the storm's destruction. Ahead of Hurricane Laura's impact along the Gulf Coast, this was one of the chief impacts meteorologists have been sounding the alarm about, in some cases describing the expected surge as "unsurvivable."

"Storm surge is an abnormal rise of water generated by a storm, over and above the predicted astronomical tides," AccuWeather Senior Meteorologist Paul Walker said. "The force of the winds moving counterclockwise around the storm will push the water toward the shore."

Storm surge arrives ahead of approaching storms, not in the form of a towering wave like a tsunami, but as quickly rising -- and rushing -- floodwaters.

Generally, the faster the wind speed and forward motion of the hurricane, the higher the surge. In turn, the higher maximum sustained wind speed of a hurricane that determines its category status will also affect the height of the storm surge. However, these floodwaters are often the greater threat to both lives and property than the wind even before a hurricane makes landfall. 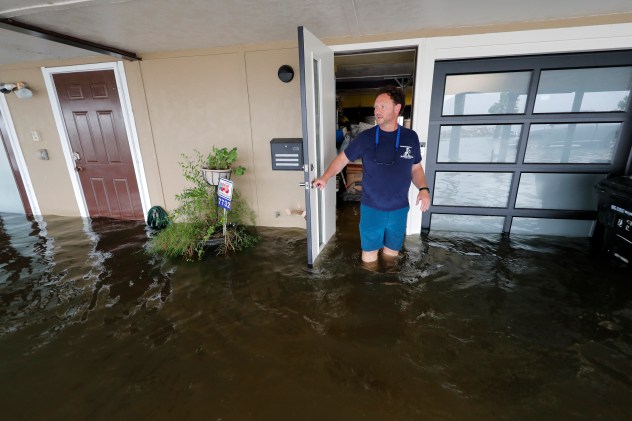 Rudy Horvath walks out of his home, a boathouse in the West End section of New Orleans, as it takes on water a from storm surge in Lake Pontchartrain in advance of Tropical Storm Cristobal, Sunday, June 7, 2020. (AP Photo/Gerald Herbert)

The strongest winds of a hurricane are often at the front and right of the storm when looking at it from above via satellite. This area is sometimes referred to as the "dirty side" of a hurricane.

"The greatest storm surge will often be found at [the point] where the leading edge of the storm, and right-front quadrant of the storm, move ashore," AccuWeather Hurricane Expert Dan Kottlowski said.

With the power to wash away entire structures, it's not uncommon for storm surge to endanger the lives of people in its path. Unfortunately, people often underestimate storm surge, not realizing the force, the speed the water can rise or how far inland the rise in water can get pushed inland, Walker added. 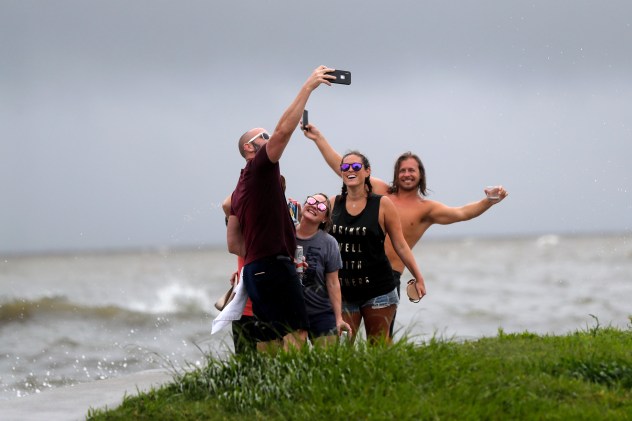 "Adding to the destructive power of surge, battering waves may increase damage to buildings directly along the coast," Walker said. "Water weighs approximately 1,700 pounds per cubic yard," he continued. "Extended pounding by frequent waves can demolish any structure not specifically designed to withstand such forces. The two elements work together to increase the impact on land because the surge makes it possible for waves to extend inland."

The impacts of storm surge can depend on a number of factors from storm intensity, forward speed, the size of the storm, the angle of its approach to the coast as well as the shape and characteristics of the coastal features, such as bays and estuaries. The elevation of the land facing the storm also plays a roll in how much damage storm surge can deliver.

A more recent example of the potential power of storm surge is Hurricane Isaias' impact on Oak Island, North Carolina. The floodwaters rose to around 9 feet in some areas, taking many tourists by surprise despite the warnings.

"It literally surges like a river," AccuWeather reporter Jonathan Petramala said, describing the storm surge he stood in while reporting from the eye of Isaias the night before. "It just takes minutes for water to be trickling, to be waist-deep water." Then, suddenly, "You're dealing with the force of a river."

Although the storm was a Category 1 hurricane at the time of landfall, the alignment of factors including the layout of the land, wind direction, and even the moon cycle contributed to the storm surge's impact on the island.

The winds raced perpendicular to the beach, bringing more and more water onto land and to the low point -- the opposite side of the island. 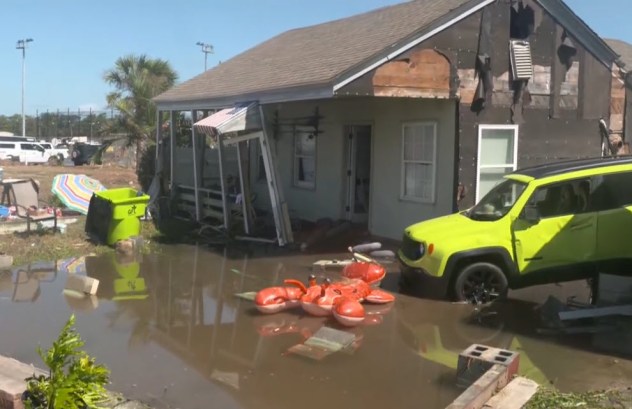 A full moon on the night of Isaias' landfall pulled a lunar tide to shore, making for a higher-than-normal tide that would contribute to the strength of the storm surge.

The water not only floated cars, but it reportedly slammed a vehicle into a home, knocking the structure off its foundation.

"The height of the storm surge is also dictated by the shape of the coast," Kottlowski said, referring to the differences a curved or straight coastline might have.

Coastal areas with coves or inlets may experience higher storm surge due to a funneling effect associated with the larger volume of sea water.

"If the coast has more of an abrupt slope, and is oriented more in a straight line, it will disperse the water, leading to a lower storm surge," Kottlowski said. 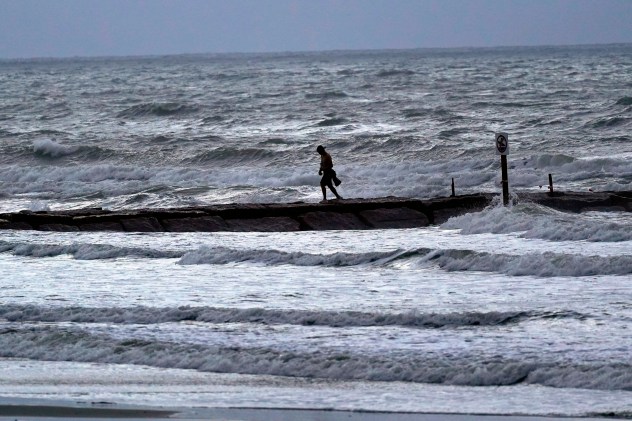 Cody Cloud walks back toward the beach after taking pictures of the waves Wednesday, Aug. 26, 2020, in Galveston, Texas, as Hurricane Laura moves toward the Gulf Coast. (AP Photo/David J. Phillip)

Factors down to the depth of the continental shelf can shape the potential catastrophe of storm surge. A shallow continental shelf, where the ocean floor gradually drops off, can potentially produce a greater storm surge than an area with a steep shelf that drops off more quickly, according to Walker.

He compared a scenario in which a Category 4 hurricane may hit the coast of Louisiana and produce a 20-foot storm surge while the same hurricane near a place like Miami Beach, where the continental shelf drops off quickly, might stir up an 8-foot to 9-foot surge.

Hurricane Laura to cause $25 billion to $30 billion in economic damage
Home washed completely off its foundation by Hurricane Isaias
What was it like to ride out the storm? Hurricane Laura survivors who didn't evacuate tell their stories