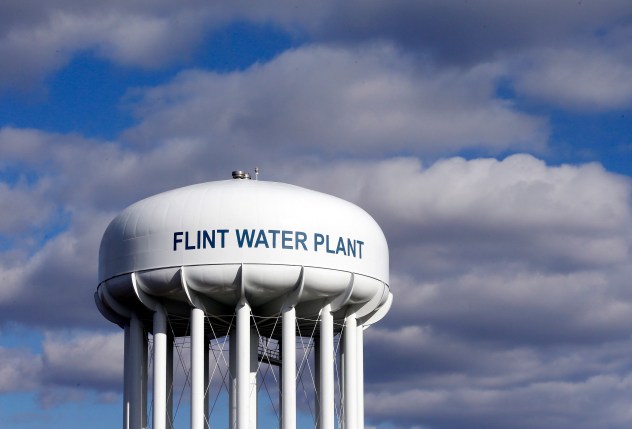 More than two years after Flint residents received the first notices of the lead water crisis, the city has commenced water system improvements and is considering the long-term strategy for its drinking water infrastructure.

The most recent data shows that Flint's drinking water is now in the range of other U.S. cities for lead and bacteria. Though residents are still encouraged to use lead filters for drinking water, this information points to the conclusion of the Flint public health crisis.

However, another water-related crisis is still in full swing according to Dr. Marc Edwards, an environmental and water resources engineering professor at Virginia Tech. Flint faces a water infrastructure crisis that will continue to haunt the city if not properly managed.

Edwards describes Flint’s issue as a “water infrastructure death spiral.” The Flint water system was built for 250,000 people but as water prices rose, residents left Flint. As a result, water rates rose even higher and by 2014, there were less than 100,000 residents left in Flint.

A decline in the number of people using the water system results in higher prices for residents in order to keep up the system. Decreased usage also leads to diminished water quality. High rates for water led to less residents, and existing residents, conserving water as much as possible. Less water used means the water flows slower through pipes, making corrosion damage worse.

“The whole idea of a municipal water system is designed based on an assumption that the water will be moving at a certain rate or faster, but we’re not there,” said Dr. Laura Sullivan, a mechanical engineering professor at Kettering University and Flint resident. 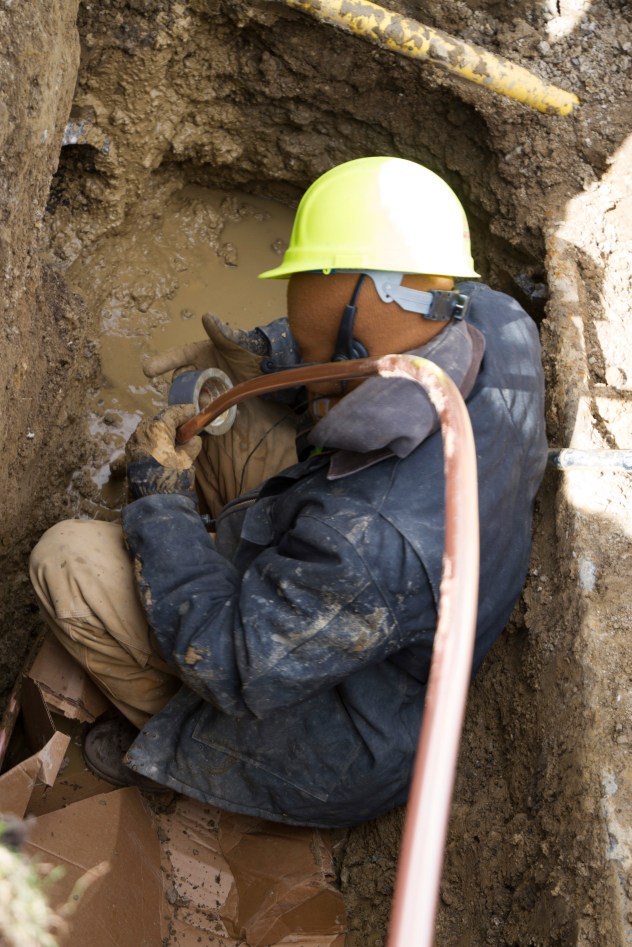 In a photo from March 10, 2017, work continues on the water replacement lines in Flint, Mich. (AP Photo/Chris Ehrmann)

Though the central Michigan city has received the most attention about water infrastructure problems, these issues are not unique to Flint.

America’s national water infrastructure received a grade of a D on the American Society of Civil Engineer’s 2017 Infrastructure Report Card. The prevailing issue is that most of America’s pipes were laid in the early to mid-20th century and with lifespans of 75 to 100 years. Many of the pipes are coming to the end of their lives, rendering them potentially unsafe.

Not only are pipes past their expiration date dangerous to public health, but also they are also extremely wasteful. Nationally, water main breaks waste over two trillion gallons of treated drinking water. An estimated 14 to 18 percent of each day’s treated water is wasted due to these incidents.

Released once every four years, the report card assigns a grade to every infrastructure industry in the nation. The report addresses financial investments that must be made in order to raise the grade.

According to the American Water Works Association, an estimated $1 trillion is necessary to maintain and expand water infrastructure service to meet demands over the next 25 years.

The City of Flint created the FAST Start Initiative and made the plan to replace 18,000 pipes over three years. Replacing 6,000 pipes per year comes at a cost. However, Flint has received funding from the state of Michigan and the federal government. 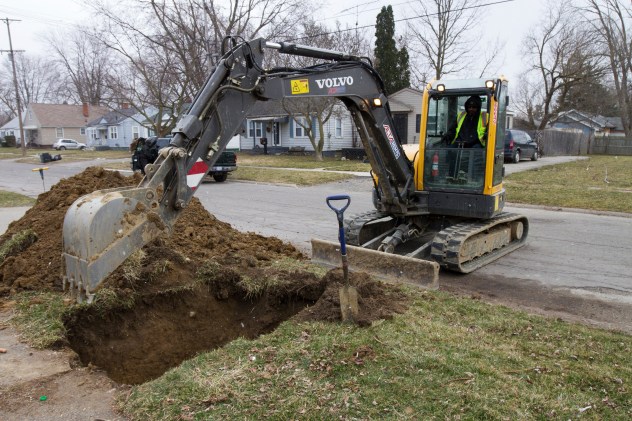 In a photo from March 10, 2017, work continues on the water replacement lines in Flint, Mich. (AP Photo/Chris Ehrmann)

In March 2017, the EPA awarded a $100 million grant to the Michigan Department of Environmental Quality (DEQ) to fund drinking water upgrades in Flint. Funding provided by Water Infrastructure Improvements for the Nation (WIIN) Act of 2016 will help Flint stay on its three year target.

A team from the University of Michigan, led by Jacob Abernethy and Eric Schwartz, is using data and algorithms to help Flint reduce the cost of this huge project. The team aggregated data concerning water test results, records of the service lines that deliver water to homes, information on parcels of land and water usage.

This data allows the team to estimate and fill in all the many blanks that exist in Flint’s water infrastructure records. The team helps Flint answer the questions of where the lead is and where the allocated money should set its sights first.

“There's $100 million roughly out there to remove all of it and it's really important to use all that money efficiently as possible and only dig when we believe that there’s a reason to dig,” Schwartz said.

Think Flint’s situation is scary? Lead may be in your water supply too Oroville Dam crisis spurs debate on California’s aging water infrastructure California’s drought is over, but water conservation remains a ‘way of life’

According to the City of Flint website, Mayor Weaver recommended on April 18 that the city stay with the Great Lakes Water Authority (GLWA) as its primary water source. Weaver noted that switching water sources would increase anxiety in residents and cause possible further, unpredictable issues.

Both Sullivan and Edwards agree that staying with this water system is the best choice for the city.

“It remains to be seen whether the $600 million of relief to date will stabilize Flint’s infrastructure death spiral,” said Edwards. While the decision to remain on GLWA water will help keep water rates from doubling in the next five years, Edwards notes that “we are in uncharted territory.”