Flash flooding, locally severe weather puts about 40 million in US on alert

A body camera on a police officer in Austin, Texas, captured the dramatic moments officers rescued three women and their dog from floodwaters on May 3.

While the risk of tornadoes will be lower starting on Thursday, locally severe thunderstorms and flooding downpours will threaten lives and property over part of the south-central United States into this weekend.

AccuWeather predicts that about 40 million people will lie in the path of the repeated flooding downpours and localized severe weather, which will impact areas from Houston and Dallas to New Orleans, Memphis, Tennessee, and Birmingham, Alabama.

Motorists should expect some roads to become blocked by high water, while episodes of torrential downpours may impair visibility on the highways.

The main storm responsible for a broad area of severe thunderstorms since Tuesday will race across the Great Lakes and into Canada to end this week. Heavy, gusty and locally severe weather will occur in the proximity of that departing storm. 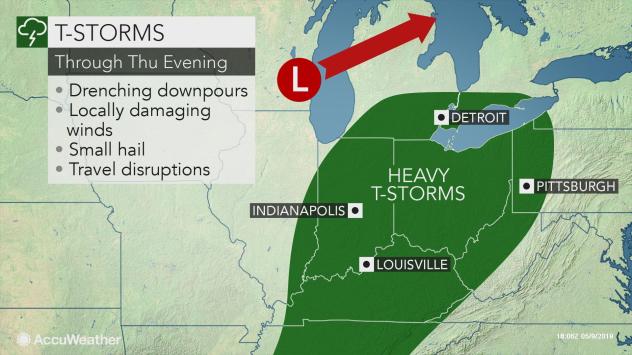 However, a swath of moisture will be left behind to fester and cause trouble from near the Rio Grande River to the lower Mississippi Valley and central Gulf Coast into this weekend.

During Thursday morning, torrential rain inundated the Greenville, Mississippi, area, which cause significant flooding of businesses and prompted water rescues.

During Thursday midday, a flash flood emergency was declared in Jackson, Mississippi, where up to 3 inches of rain may fall in only a few hours. 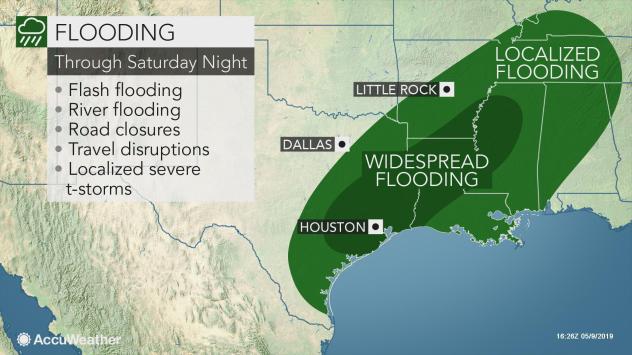 Thunderstorms are forecast to periodically pulse to severe levels over parts of this swath each day.

During the period from Thursday to Sunday, Thursday's severe storms are likely to be the most extensive with isolated tornadoes. 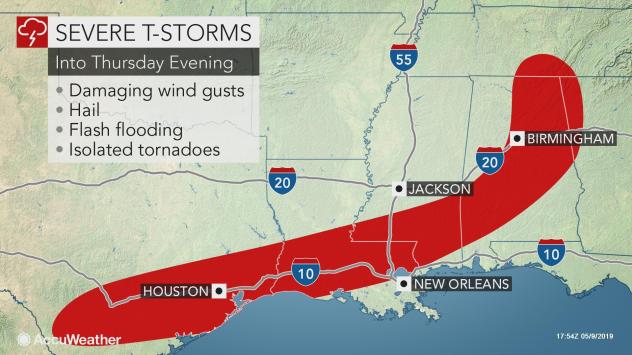 While widespread, violent storms are not likely from Friday to Sunday, there will still be a risk of a few isolated tornadoes over land each day, as well as the potential for a couple of waterspouts near the Gulf Coast.

The greatest risk of isolated tornadoes into Thursday evening will be from southern Louisiana to southeastern Mississippi and central and southwestern Alabama. A couple of the tornadoes could be obscured by rain.

Meanwhile, there is an elevated risk of storms with straight-line damaging winds from northeastern Alabama to western Georgia and southeastern Tennessee.

A few incidents of hail are also anticipated.

The main threat will stem for torrential downpours or rain that persists for hours in some communities on a daily basis. Either way, rainfall of this sort will trigger urban, small stream and low-lying area flooding. 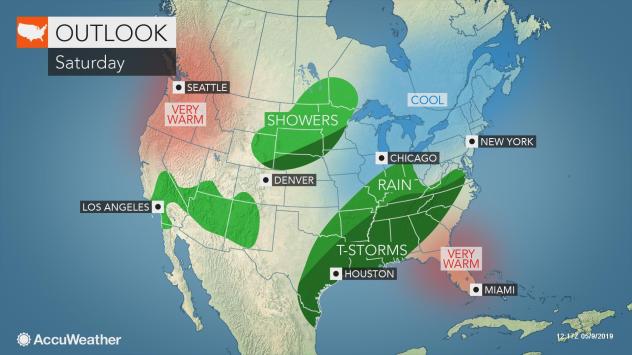 Flooding rainfall has already plagued parts of the region at risk for more downpours through the weekend. During Tuesday, up to 10 inches of rain fell on Sugar Land, Texas, which is a suburb of Houston.

Similar rainfall and flooding can occur in other communities in the region, and it is possible that parts of the Houston area may be hit again by flooding rain in the coming days. 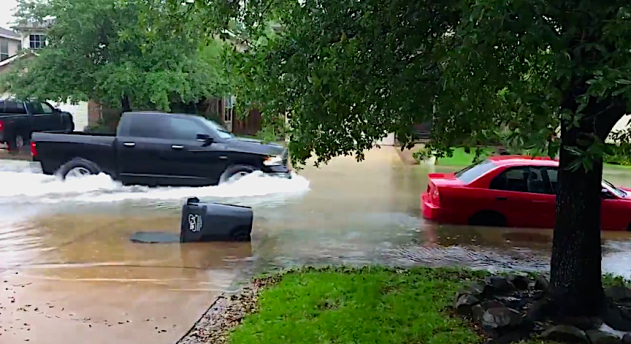 A general 4-8 inches of rain is forecast to inundate communities from central and eastern Texas to parts of middle Tennessee and Alabama with locally higher amounts.

Counting the rain that fell on part of the region this past Tuesday, an AccuWeather Local StormMax™ of 16 inches can occur through Sunday.

With rainfall concentrating on this zone for days, the risk of river flooding will also increase in the short-term and is likely be a problem for the long-term through May and into June.

Even as the rain pauses early next week, rivers may continue to rise.

Flooding likely to continue on Mississippi, other rivers in central US into June The difference between tornado watches and warnings What you should do if you get stuck driving in floodwaters Mother’s Day: Drier weather to finally grace south-central US; Heat relief for Pacific Northwest

From Saturday to Sunday, a press of dry air will bring an end to the rain and thunderstorms from west to east.

However, while much of Texas and southeastern Oklahoma are forecast to dry out on Saturday, it may take until Sunday afternoon for clearing to occur in Arkansas and Louisiana and until Sunday night for the same in Tennessee, Mississippi and Alabama. 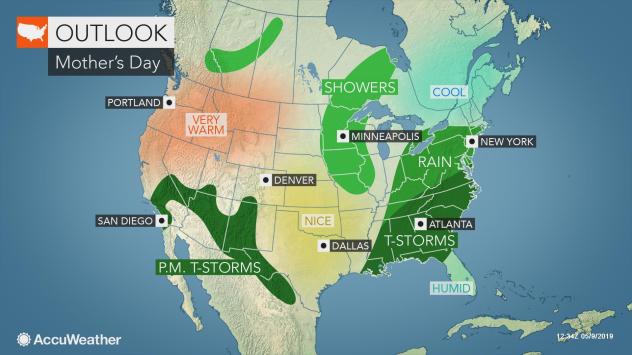 A new round of flooding downpours and severe thunderstorms is likely to progress slowly eastward across part of the South Central states next week.

Download the free AccuWeather app to receive flash flooding and severe storm warnings on your mobile device. Keep checking back for updates on AccuWeather.com and stay tuned to the AccuWeather Network on DirecTV, Frontier and Verizon Fios.