What you should do if you get stuck driving in floodwaters

Each year, there are more deaths due to flooding than from any other thunderstorm-related hazard, according to the National Weather Service (NWS).

Over half of all flood-related drownings occur when a vehicle is driven into dangerous floodwaters, the Centers for Disease Control and Prevention (CDC) reported.

“People underestimate the force and power of water. Many of the deaths occur in automobiles as they are swept downstream,” the NWS states.

Many of these drownings are preventable, but many people continue to drive around barriers that warn the road is flooded.

“It is never safe to drive or walk into floodwaters,” the NWS website reads. 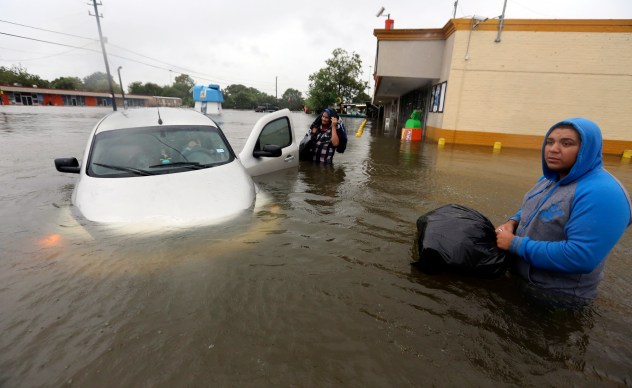 There are many possible causes of floods. Flooding can occur slowly over many days or happen very quickly with little or no warning. When flooding occurs within six hours, or as early as three hours of heavy rain, it is known as flash flooding.

Flash flooding can be caused by a number of things, but it is most often due to extremely heavy rainfall from thunderstorms. Flash floods can also result from mudslides, ice jams or dam or levee breaks, according to NWS.

Flash flooding often occurs so quickly that people are caught off guard. The situation may quickly become dangerous, especially if a person encounters high, fast-moving water while traveling.

Flooding, including flash flooding, can happen anywhere in the United States and during every season.

It is particularly important to be prepared for flooding if you live in a low-lying area near a body of water, according to the U.S. Federal Emergency Management Agency’s (FEMA) Ready Campaign.

Some areas of the country are at greater risk at certain times of the year.

For example, coastal areas are at greater risk for flooding during hurricane season, while the Midwest is more at risk in the spring and during heavy summer rain.

It is important to know your flood risk and create an emergency flood plan in order to be prepared for a flooding event.

The Ready Campaign provides basic safety tips for floods on their website: 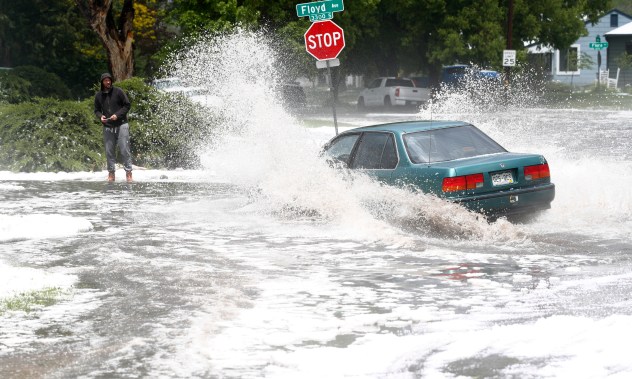 A pedestrian looks on as a motorist guides a car through an intersection swamped by a heavy rain and hailstorm Monday, May 14, 2018, in southeast Denver. (AP Photo/David Zalubowski)

While you should always avoid driving into areas with flood risk, there are a number of steps that you can take if you find yourself trapped in your car in fast-rising water.

Car.com provides a list of do’s and don'ts in case you ever get stuck in a difficult situation: 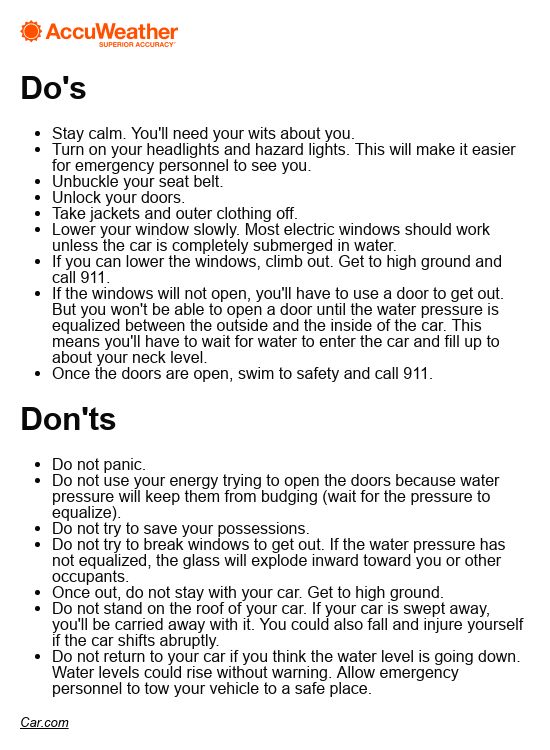 After a flood, you should be aware of areas where floodwaters have receded and watch out for debris. Floodwaters often erode roads and walkways.

Floods may also displace critters and wildfire, and there are a few steps that you can take if you encounter wildlife after a flood. Be aware that certain animals may venture onto roads where they normally would not appear.

You should not attempt to drive through areas that are still flooded. You should also avoid standing water, as it may be electrically charged from underground or downed power lines, according to FEMA.

You may also want to photograph damage to your property for insurance purposes.

Tragedies caused by flooding are avoidable by planning properly and by following the suggested safety precautions.