Dangerous storm hinders travelers from Central to Northeastern US

A snowstorm caused extremely low visibility in many spots, such as in Fort Collins, Colorado, on Nov. 30.

Wintry weather created many hurdles for Thanksgiving travelers across the United States throughout the weekend as a dangerous storm featuring heavy snow, freezing rain, ice and gusty winds moved eastward.

The treacherous weather snarled travel and cut power to people across the central and northeastern United States throughout the weekend following Thanksgiving.

Emergency personnel and officials warn travelers that even if roadways are open, that does not mean they are safe to travel on.

"If state and federal roads are passable does not mean county, township and municipal roads are going to be in the same condition," the Minnesota Department of Transportation posted on Twitter.

Nine people were killed and three others in critical condition after a plane crashed shortly after takeoff during a snowstorm in Chamberlain, South Dakota on Saturday afternoon.

Chamberlain, and much of South Dakota, was under a winter storm warning and experiencing near-blizzard conditions around the time of the crash on Saturday afternoon. Nearby in Pierre, South Dakota, wind gusts of 41 mph were observed around the time of the crash. Peter Knudson of the National Transportation Safety Board (NTSB) said that weather will be among several factors investigators will review, according to the Associated Press.

One of the highest wind gusts reported in South Dakota was observed in Edgemont, South Dakota, at 53 mph.

Nenderland, Colorado, was blasted with wind gusts as strong as a Category 1 hurricane on Saturday, measuring at 94 mph. Deep Creek BFA, Montana, measured wind gusts of 67 mph over the 36 hours preceding Sunday morning. 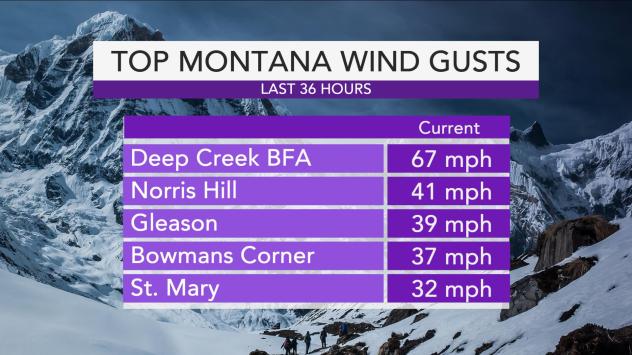 Snow amounts continued to build for a few areas still within the tail end of the storm. A multitude of Minnesota’s roads were covered in snow as of Sunday afternoon, according to reports from the Minnesota Department of Transportation.

Earlier when I said it's super windy in #Nebraska, this photo was taken from a Kimbell Nebraska, located in the panhandle, where they had a blizzard today with sideways ice cicles and @NEStatePatrol shut the panhandle down #NEwx #winter2019 #winterweather #LivePD #LivePDNation pic.twitter.com/UDqmbK469N

"As of early [Sunday], Duluth has seen near 20 inches of snow with wind gusts as high as 54 mph," AccuWeather Meteorologist David Samuhel said.

On Tuesday, an aerial lift bridge in Duluth was stuck in the down position for the first time in its history due to ice buildup of 2 inches thick, KMSP reports. The added weight to the bridge’s lifting mechanism kept it from lifting. 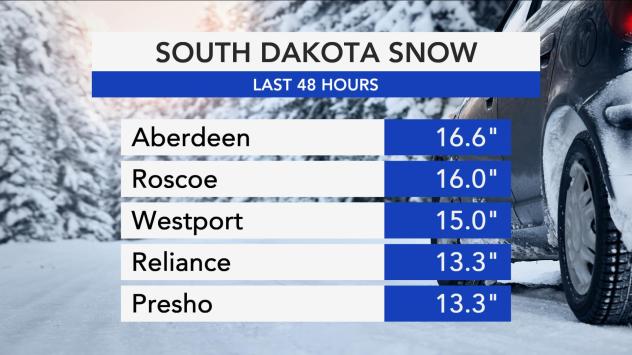 As the storm moves eastward, over 70,000 Michigan and Wisconsin residents were without power as of Sunday afternoon, according to PowerOutage.US.

The second part of the double-barreled storm unleashed heavy snow and caused difficult travel on Sunday for those traveling home from the Thanksgiving holiday over a large part of the northeastern United States, including some major cities.

A change from rain to snow during the day on Sunday made for slippery travel across the I-95 corridor as the storm traveled east from the Central U.S. into the Northeastern U.S.

A Delta Air Lines aircraft slid off a taxiway after landing at the Buffalo Niagara International Airport around 9 a.m. EST on Sunday morning, WKBW reported. The plane's wheel was stuck after it ran off of the taxiway; however, no injuries were reported.

The Maryland State Highway Administration reported a 36-vehicle accident on I-68 W in Garrett County, Maryland at 3:30 p.m. EST on Sunday amid freezing rain. At least nine people have been injured.

511 Pennsylvania reported multiple crashes and multi-vehicle crashes on I-95 and US 1.

According to a National Weather Service report, icy conditions are to blame for numerous accidents on Interstate 84 in Pike County, Pennsylvania.

Part of Interstate 81 to the north of Binghamton, New York, near Castle Creek was closed because of icy conditions late Sunday morning.

Midland County dispatch, which is in the middle of the Lower Peninsula of Michigan, reported many large tree limbs and power lines down due to ice and severe weather. The Northeast shouldn't expect a break going into the workweek following the Thanksgiving holiday.

"As the snow winds down across the Great lakes, wintry weather will increase across the Northeast tonight and Monday," Samuhel said.

"Many places that are seeing ice and rain on Sunday, which will change to snow tonight and Monday. We have an AccuWeather Stormmax of 24 inches forecast in the Northeast by the time snow ends Tuesday morning," Samuhel said.

Download the free AccuWeather app to check the forecast in your area, as well as points along your travel route. Keep checking back on AccuWeather.com and stay tuned to the AccuWeather Network on DirecTV, Frontier and Verizon Fios.