Scientists have noticed a resurgence of the majestic species after population numbers sank to worrying lows in recent years, and now they think they have an idea to explain why the butterflies are thriving again.

The butterfly count was recorded in Mexico this winter during the population’s migration period.

The monarch butterfly population in Mexico is on the rise again, following several years in which the number of butterflies had dwindled to worrying lows. In a report from the World Wildlife Fund-Telmex Telcel Foundation Alliance (WWF) and the National Commission of Protected Natural Areas in Mexico (CONANP), experts say there has been a 35% increase in the number of butterflies wintering in Mexico's mountaintop forest compared to previous seasons.

At wintering sites in central Mexico, entomologists from the WWF-Telmex Telcel Foundation Alliance and National Commission of Natural Protected Areas (NCNPA) have been measuring the acreage of trees covered by these butterflies since 2004. According to a newly released report, the monarch butterfly population this year covered 2.84 hectares (7 acres), compared to the 2.1 hectares (5.2 acres) that the butterflies covered last year. 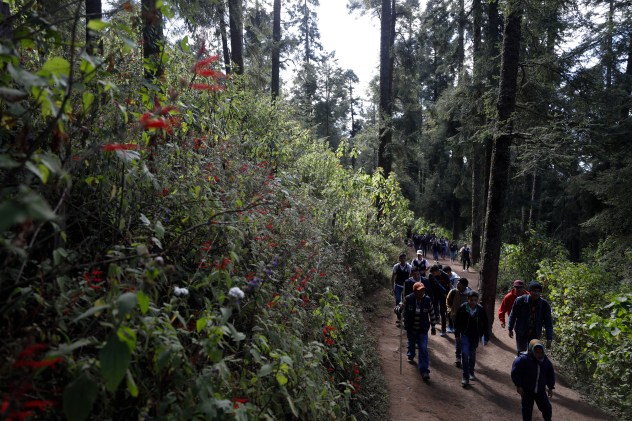 According to a report from Journey North, a science program organized by the University of Wisconsin-Arboretum, much of the habitat these butterflies rely on was lost early in the 21st century. These great migrators arrive in Mexico's oyamel fir forest, which is just west of Mexico City, in late October to early November to spend the winter.

During the winter months, the trees in this forest provide the monarchs with a "blanket and umbrella," protecting them from extremely cold temperatures and precipitation, according to the Monarch Joint Venture, a nonprofit organization working to conserve monarch butterflies and other pollinators. Since the temperature in the forest doesn't drop too low or get too high, the butterflies are able to conserve their lipid reserves, slowing down their metabolism, thus making them burn less energy.

But, due to legal and illegal logging, land conversion for farming and the effects of climate change, these forests have been threatened by degradation, which has altered their microclimates. The degraded wooded areas have become less effective buffers for the monarchs, providing decreased protection from precipitation or temperature extremes. According to Journey North, the oyamel forest ecosystem is Mexico's most endangered forest type. Only 2% of the original forest remains.

Even though there have been strides to replace the habitat, the efforts have not come close, which has resulted in smaller butterfly populations each year at the wintering sites. And the data reflects just that -- the average amount of hectares that have been occupied in the time period of 1993 to 2001 was 8.70 hectares. For the most recent 10 years (2012 to 2021) the average dropped to 2.62 hectares.

Weather conditions, such as more frequent heat waves and higher temperatures, have forced the butterflies to change their migratory patterns, and last year was one of the first years experts noticed the change. 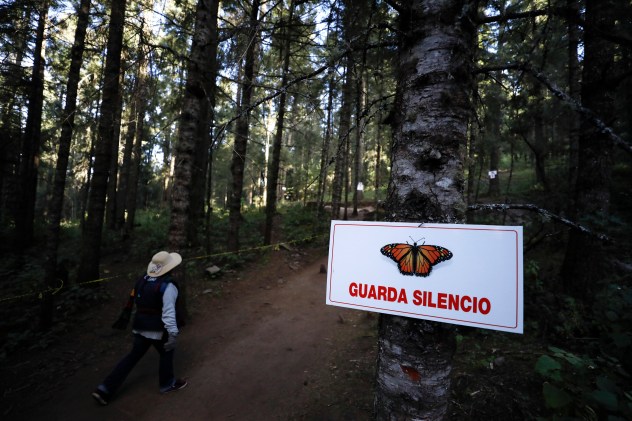 In February of 2021, the butterflies began heading north about a month early, fortuitously escaping an April heat wave, which brought triple digits to parts of Southern California and mid-summerlike temperatures to much of the southwestern U.S.

Experts think the increased amount of wintering butterflies that were measured in Mexico this past December was a direct result of their early migration in 2021.

This year, the butterflies' pattern was different. They left almost a whole month later than normal.

"They left very late. We still had butterflies in April," Gloria Tavera, the regional director of Mexico's Commission for National Protected Areas, told The Associated Press.

Tavera and other experts are curious to see next year's numbers to see whether this late start in their migration was a good strategy or not.