As dry, hot weather prevails across the Pacific Northwest into Monday, the risk of worsening drought and wildfires will increase.

The pattern has already brought the hottest weather so far this summer to places such as Bend, Pendleton and Portland, Oregon, and Spokane and Walla Walla, Washington.

High temperatures on Sunday will generally be around 10-20 degrees above mid-July standards, with widespread 90s F in store along and east of the Interstate 5 corridor in Washington and Oregon. A few areas will surge into the lower 100s. 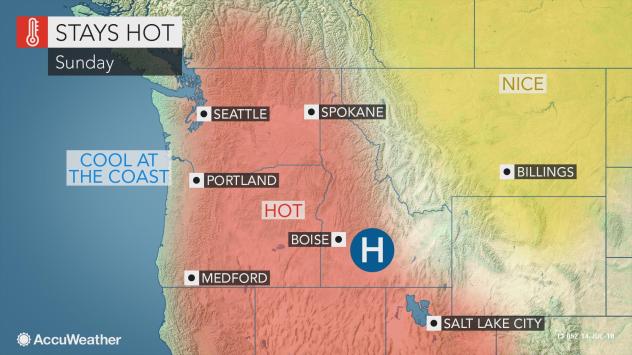 While this is not record-breaking territory for most places, the heat may come within a few degrees of daily record highs.

Seattle may even flirt with Sunday's record high of 92 F.

Residents and visitors may opt to head to the coast, where the cooling influence of the Pacific Ocean will keep highs more than 20 degrees lower than inland areas.

What are the best, worst weather conditions for cycling?
Ancient network of aqueducts provided salt for Silk Road trade during a time of worldwide flooding
Starbucks plans to eliminate plastic straws from its stores by 2020
Show off your weather prediction skills with the Forecaster Challenge game

“Away from the immediate coast, people without air conditioning in their residence should consider alternate means of staying cool, such as keeping blinds closed and fans running or frequenting public buildings that have air conditioning,” said AccuWeather Meteorologist Faith Eherts.

Anyone who goes outside during the heat of the day should take frequent breaks, wear light-colored clothing and stay properly hydrated.

Sunscreen, sunglasses and a hat will also be needed, as plenty of sunshine will accompany the big warmup. 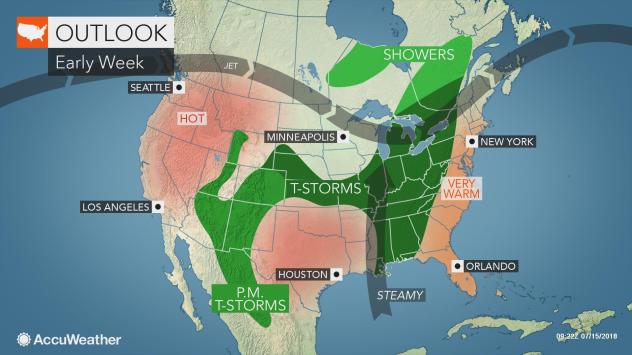 “The warming and continuation of largely dry weather will aggravate drought conditions in the Northwest, leading to the rising danger for wildfires,” said AccuWeather Senior Meteorologist Jack Boston.

Conditions ranging from abnormally dry to moderate drought are ongoing across western Washington and much of Oregon, according to the United States Drought Monitor. Southeastern Oregon is even enduring severe drought.

These unusually dry conditions mean that there is plenty of dry brush that can ignite and allow fires to spread quickly.

Boston expects no drought or wildfire relief in the near future, with dry weather forecast to last in the Northwest through a good portion of this week.