An upcoming cold 1-2 punch could hit your bank account, too 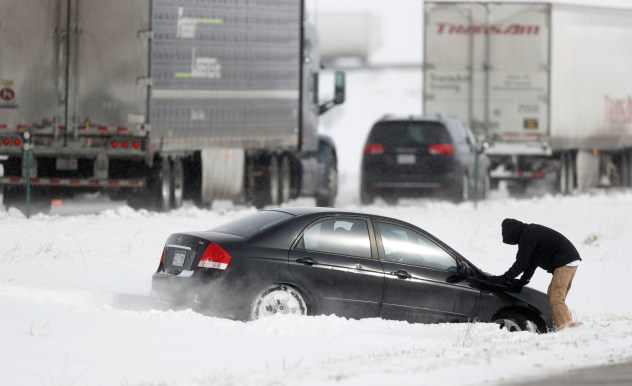 A motorist struggles to free his sedan after sliding off Interstate 70 in Aurora, Colo., Tuesday, Oct. 29, 2019. (AP Photo/David Zalubowski)

The parts of the United States that have been experiencing an extended warm fall are about to receive a brutally cold 1-2 punch this week.

Early this week, a storm is expected to gather in the center of the country, helping to pull down even more cold air across the United States, according to AccuWeather meteorologists. In addition to providing more wintry precipitation from places like Texas to Massachusetts, the storm also will bring an even stronger push of cold.

Over the first couple of days of this week, most communities in the eastern two-thirds of the nation could be at least 10-20 degrees below normal for mid-November, according to AccuWeather meteorologists.

“While the extreme cold is expected to give way to a milder pattern to close out November, it may take until the week of November 18-22 to clear out the well below-normal temperatures from the northern Plains through the Great Lakes,” said AccuWeather Lead Long-Range Meteorologists Paul Pastelok. 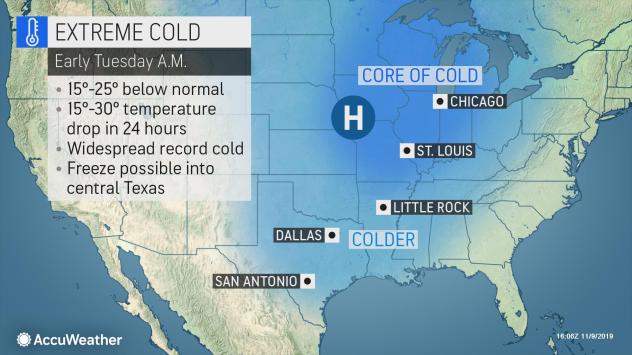 To this point, estimated heating costs for numerous major U.S. cities are below normal for this time of year, according to an AccuWeather analysis.

However, AccuWeather predicts several of those U.S. cities will see greatly elevated heating costs compared to normal over the coming week, ending Nov. 15.

The heating season typically runs from Sept. 1 until the following April. The costs of heating, including electricity, vary from year to year and from place to place, so the percentage change in your bill may vary from these percentages.

Download the free AccuWeather app to track the temperature for your area. Keep checking back for updates on AccuWeather.com and stay tuned to the AccuWeather Network on DirecTV, Frontier and Verizon Fios.