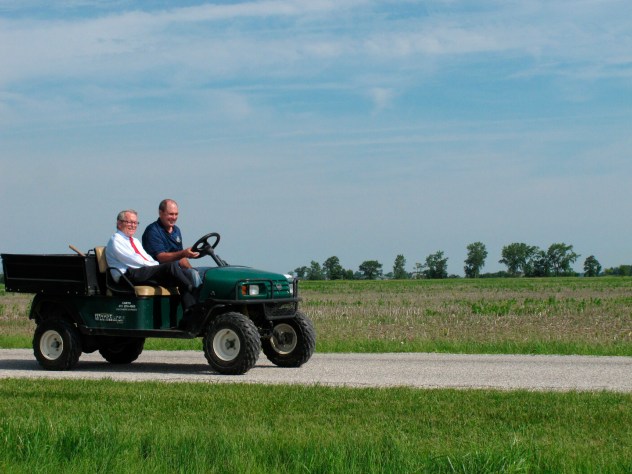 Kris Swartz gives Ohio Gov. Mike DeWine a tour of his farm on June 19, 2019, in Perrysburg, Ohio. Farmers who have been unable to plant their soybeans and corn because of this spring's never-ending rains told Ohio's governor on Wednesday that it will take years to recover their losses. (AP Photo/John Seewer)

AccuWeather's new estimates for corn and soybean yield for 2019 are even lower than previous forecasts as a result of continued bad weather and new data in Monday's U.S. Department of Agriculture (USDA) Crop Progress. 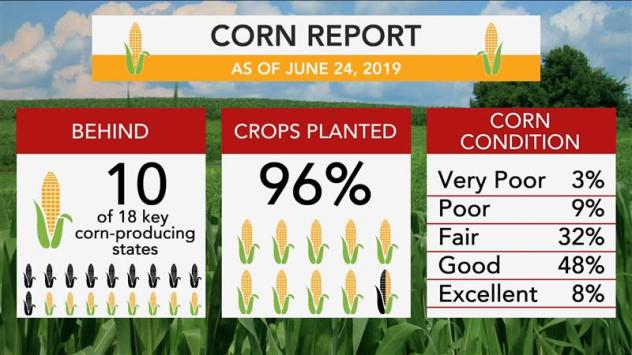 More severe weather to rattle, drench central US on a daily basis this week ‘We got to go to the basement!’ Woman terrified as EF2 tornado bore down on her neighborhood Cooler, stormy weather ahead in the Pacific Northwest this week Threat for severe weather to shift into north-central Plains, Midwest

"The percentage is going down -- and that's a bad direction," said AccuWeather senior meteorologist Jason Nicholls. "It's not that it dropped all that much, it's just the fact that it has dropped at all is surprising ... The heavy rains in southern Illinois and parts of Missouri that got 3 to 5 inches contributed to the deterioration."

Some good news for Corn Belt farmers: "This week, the weather will turn and get drier," Nicholls said.

Soybean planting, as AccuWeather predicted, rose in 18 key U.S. soybean-producing states, according to the Crop Progress. The report showed 85% of soybeans were planted as of June 23, after the percentage was at 77% the previous week. The five-year average for the date is 97%.

"Those three states still in the 60s, especially Missouri, are going to end up losing some soybean acres because of the wet weather," Nicholls said. 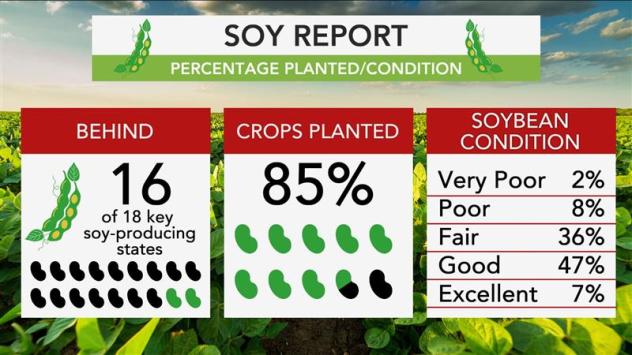