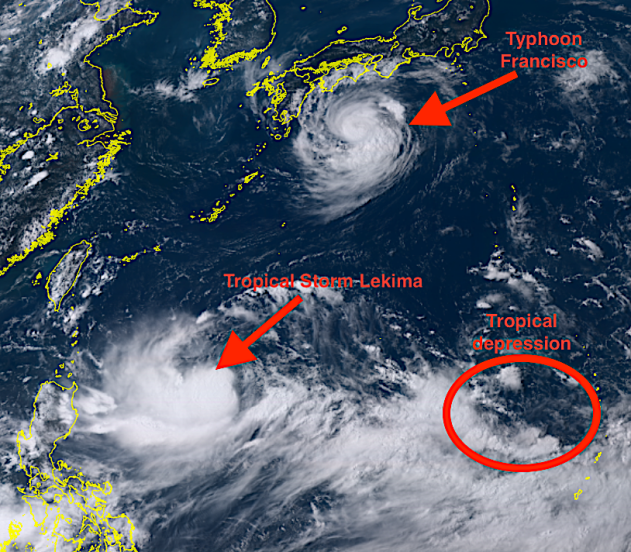 An observation of satellite imagery around the world shows a tale of two basins with an abundance of tropical systems prowling through the western Pacific, while the Atlantic Ocean remains devoid of any organized tropical storms.

After five typhoon-free months, the western Pacific ocean has turned quite active. As Tropical Storm Francisco strikes Japan on Tuesday, Tropical Storm Lekima is forecast to become a typhoon by midweek and a new formed Tropical Storm, Krosa, near Guam may brew into another typhoon, potentially even stronger than the first two.

Last week, Tropical Rainstorm Wipha impacted parts of the region with heavy rainstorms and locally damaging winds, but the effects from Francisco and Lekima are expected to be far more destructive. While Wipha struck southeast China and northern Indochina, Francisco poses a threat to areas from southern Japan to the Korean Peninsula through midweek.

Francisco formed on Friday, Aug. 2, and strengthened into a typhoon by Monday afternoon. With wind gusts up to 80 mph (130 km/h) possible in coastal locations and heavy rainfall up to 10 inches (250 mm) forecast, the West Pacific will see its quiet stretch of storm-free weather come to a drenching end. 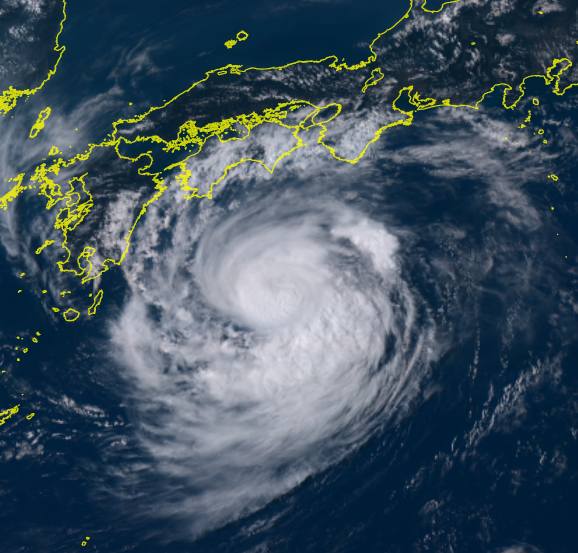 Shortly behind Francisco, Lekima is expected to pack a heavy follow-up punch. Formed as a tropical depression on Saturday before organizing into a tropical storm on Sunday, experts expect the cyclone to stall in the Philippine Sea during midweek, potentially allowing it to become a sizable typhoon with winds as powerful as those of a Category 2 hurricane. Lekima is projected to make its impact on land this weekend.

Lekima's exact trajectory will be unknown for another few days, but either course it takes will almost assuredly re-impact regions already struck by Francisco. This could greatly enhance flood risks in areas that have already been saturated by rainfall.

Following Lekima, Krosa has the potential to be even more potent then either Francisco or Lekima. The newly formed depression by the Northern Mariana Islands is expected to become a typhoon by Wednesday. Similar to Lekima, the trajectory of Krosa's impact can't be forecast just yet, but its long-range track could slam the same locations that will still be reeling from the two preceding typhoons. 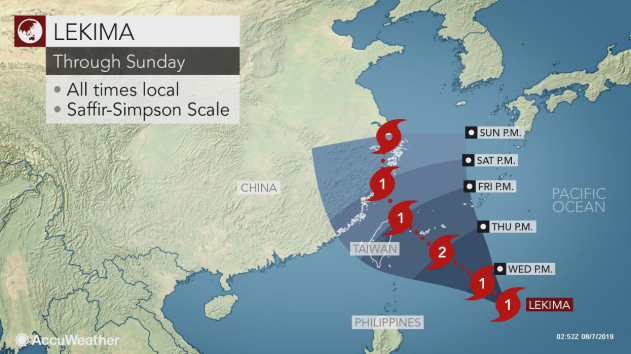 Amid the annual doldrums period, storm activity in the Atlantic has been comparatively nonexistent. In contrast with the West Pacific, the two basins have seen polar opposite developments.

Part of this could be due to the Madden-Julian Oscillation (MJO), an oscillation with similar impacts to El Niño, that can dramatically impact weather developments around the world.

"In simple terms, the MJO is a traceable patch of rising air in the tropics near the equator that can enhance thunderstorm activity and lead to tropical storm formation or enhancement of existing tropical systems," AccuWeather Senior Meteorologist Alex Sosnowski said. "This patch tends to migrate slowly from east to west around the globe."

When the MJO patch is in one region, other areas tend to see suppressed thunderstorm or tropical activity, Sosnowski added. While the MJO factor is a parameter for potential storm development, it doesn't necessarily mean that only one area in the world can expect tropical storms or hurricanes.

While there have been some tropical waves that have warranted meteorologists' interest, the dry and stable air along with the strong vertical wind shear have continued to buffer any storm ingredients. Those inhibiting factors are expected to continue for at least the next week.

"Based on current poor atmospheric conditions and computer model trends, tropical development looks highly unlikely across the Atlantic basin through the next seven days," AccuWeather Hurricane Expert Dan Kottlowski said. "Long-range computer forecasts show no support for tropical development across the Atlantic basin through at least early next week."

A disturbance, currently moving westward over the Caribbean Sea, remains poorly organized and was struggling with dry air and dust.

Download the free AccuWeather app to know when thunderstorms will threaten your community. Keep checking back for updates on AccuWeather.com and stay tuned to the AccuWeather Network on DirecTV, Frontier and Verizon Fios.