The first-of-its-kind discovery, described as "a dream of many fiction writers," was a huge leap forward in understanding how specimens -- perhaps even humans -- can be preserved for generations.

Video released by the laboratory captured the wriggling movements of the tiny microorganism as it reemerged from its frozen state. (Soil Cryology Laboratory)

The bdelloid rotifer is awake – and we're going to need to buy some more birthday candles.

For the past 24,000 years, the multicellular microorganism had been snoozing in Siberian permafrost, having become frozen in the Arctic ice right around the same time in history that humans first ventured into North America during the Upper Paleolithic era, otherwise known as the Late Stone Age.

A bdelloid rotifer is a freshwater creature that can be found around the world, measuring too small to see with the naked eye at 150 and 700 μm, the unit for micrometers which are used to measure microns. For comparison, the thickness of paper measures 70 to 180 μm.

Not only did the animal come back to life from its frozen nap, but it also successfully cloned itself multiple times with an asexual reproduction form known as parthenogenesis. 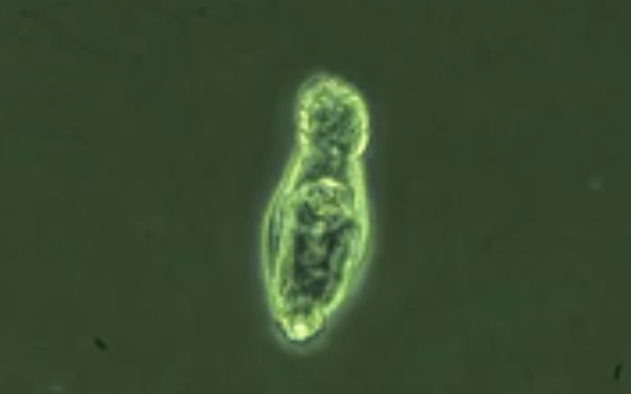 The bdelloid rotifer is a tiny freshwater creature that can be found around the world. It is about the thickness of a piece of paper or just a hair larger. (Soil Cryology Laboratory)

The remarkable discovery has experts raising new questions about the mechanisms of cryptobiosis, the state in which metabolic activity is reduced to an undetectable level without disappearing completely.

The finding was made by researchers from the Soil Cryology Laboratory in Pushchino, Russia, who were astonished to discover the microorganism alive and well in a soil sample, taken from permafrost in northeastern Siberia. Radiocarbon dating found the specimens to be about 24,000 years, the authors wrote in their publication on Cell.com.

The permafrost samples were taken from the Alazeya River, which flows from Siberia into the Arctic. The researchers explained that they are confident that organisms as large as the bdelloid rotifer wouldn't have been able to move through the ice-cemented ground.

"Thus, no significant vertical movement could have occurred in the studied sediments, and therefore the isolated microbes were likely trapped in permafrost at the same time as the radiocarbon-dated organics," the study reads, before adding that age analysis data from the University of Arizona AMS Laboratory shows the material to be between 23,960 and 24,485 years old. 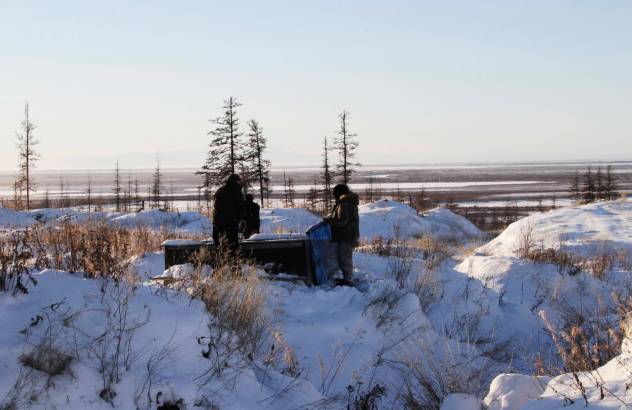 In this Oct. 27, 2010 file photo, Russian scientists Sergey Zimov and his son Nikita Zimov extract air samples from frozen soil near the town of Chersky in Siberia, about 4,000 miles east of Moscow, Russia. Scientists say the world’s permafrost is getting warmer, with temperatures increasing by an average of 0.3 degrees Celsius (0.54 Fahrenheit) over a decade. A study published Jan. 16, 2019, found the biggest rise in Siberia, where frozen soil temperatures rose by 0.9 degrees Celsius (1.62 Fahrenheit) between 2007 and 2016. (AP Photo/Arthur Max)

Stas Malavin, an author in the study, said in a press release that the findings are a big step forward for researchers in moving from the preservation of single-celled organisms to ones with a gut and brain.

“The takeaway is that a multicellular organism can be frozen and stored as such for thousands of years and then return back to life — a dream of many fiction writers,” Malavin said.

The full scope of those fiction dreams, however, is still far away, Malavin explained. The more complex an organism is, the trickier it is to preserve alive, such as for mammals.

But the team's findings are still a revolutionary addition to the short list of organisms that have been found to be able to survive such extraordinary timespans.

Previously, a pair of prehistoric nematode, otherwise known as roundworms, were discovered and successfully revived in Russia. The worms were dated to have been between 30,000 and 42,000 years old.

Similarly, numerous prehistoric plants and mosses have successfully regenerated after many thousands of years trapped in the ice, the press release said. However, none of the previously discovered specimens were nearly as complex as the bdelloid rotifer.

Elsewhere in the frozen tundras around the world, shifting ice conditions have unearthed discoveries that have helped answer long-held questions.

The melting of permafrost has allowed researchers to study more and more prehistoric organisms in recent years, including a number of much larger mammals. In 2016, a gold miner in Canada hit a layer of thawing permafrost and unearthed a doglike specimen. In December 2020, researchers concluded that it was actually a 57,000-year-old, Pleistocene gray wolf puppy, the most perfectly preserved animal of its kind.

Similarly, a 20,000-year-old wooly rhino was discovered by a Siberian farmer in the area of Yakutia in 2021. Researchers believe the adolescent mammal likely drowned in the Tirekhtyakh River before its body was perfectly preserved by the region's frigid conditions.

Following their discovery, Malavin said his team would continue to till the tundra in search of other cryptobiosis-capable organisms. He said they hope to learn more about just what makes the bdelloid rotifer capable of such a survival.

That discovery could be the true, science fiction-caliber, breakthrough.

"The hope is that insights from these tiny animals will offer clues as to how better to cryo-preserve the cells, tissues, and organs of other animals, including humans," the press release wrote.