Air quality levels have improved in cities around the globe, but experts believe pollution from trucks and power plants is still a major concern.

As the number of new COVID-19 cases across the state of California continues to climb, some outdoor recreational business owners and residents were itching to return to normalcy as summerlike heat built across the region.

As temperatures soared into the 90s F across portions of the Los Angeles Basin this past weekend, residents were seen flocking to area beaches despite stay-at-home orders in place.

Newport Beach appears to be pretty crowded, as Southern California is hit by a heat wave. https://t.co/abDlBmkZo0 pic.twitter.com/1DDSjvPhT5

California Gov. Gavin Newsom warned residents that their behavior could extend the stay-at-home orders. Newsom said that while the state is weeks away from starting to gradually lift stay-at-home orders, crowded beaches could push back that goal, according to AFP. “We can't see images like we saw, particularly on Saturday, in Newport Beach and elsewhere," Newsom told reporters, referring to photos of people lining beaches in Southern California as the weather warmed up. 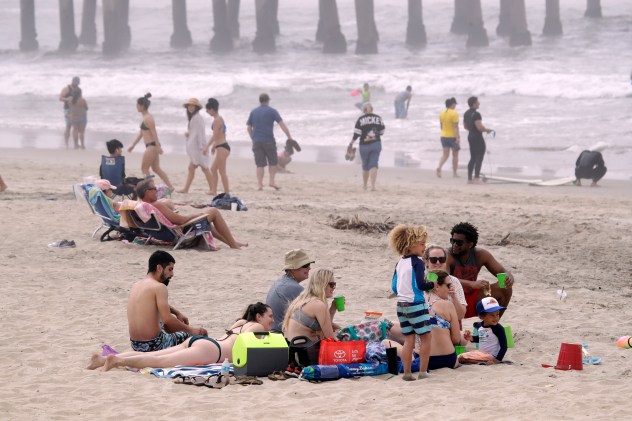 Although temperatures soared into the 80s and 90s inland from the coast this past weekend, a refreshing sea breeze kept most immediate coastal towns sitting comfortably in the 70s.

The heat continued through the first half of this week, with dozens of record highs broken or tied across the state.

The core of the heat is now shifting from California to the Desert Southwest and central U.S. into the weekend. While temperatures will still remain in the 80s across California's Central Valley and even into Southern California on Thursday, about 5-10 degrees Fahrenheit above normal, records will not be challenged outside of the deserts. 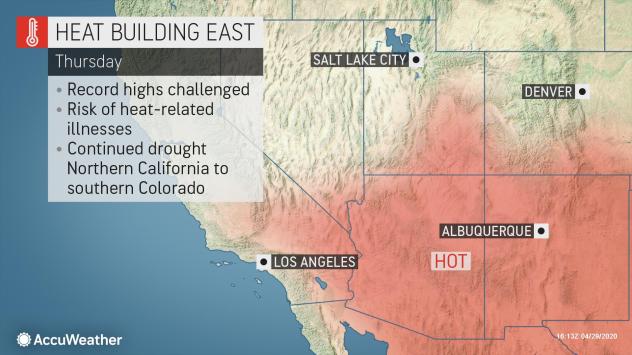 Instead, Phoenix, Las Vegas and Albuquerque, New Mexico, will have temperatures flirting with record high marks.

The economic cost of flooding could triple in 10 years, study estimates
One industry’s collapse creates uncertainty for US farmers and within the food chain
Part of the US is experiencing a megadrought of epic proportions, one study reports
‘Wet avalanche’ leads to daring rescue on California mountainside

On Wednesday, Las Vegas tied its record warmest April day as the high temperature soared to 99.

It wasn't just Vegas that was warm today, record highs we're observed across much of the region! Another hot one is in store tomorrow! #cawx #nvwx #azwx pic.twitter.com/repRluTPm3

Some Southern California golf courses began the reopening process as the intense heat settled in. Courses are reopening on a county-by-county basis, with all courses in Los Angeles County remaining closed.

As many of the typical outdoor activities sought after in order to beat the heat remain altered or closed due to COVID-19, people across the Southwest will need to seek out air-conditioned space inside. Unfortunately, that will mean an uptick in electric bills for many.