You'll see headlines this week declaring that Antarctica has lost it's snow (and it's because of global warming). Here are a couple examples:

Here's the thing: The location in question, Escudero Base, is on an island off the northern tip of the Antarctic Peninsula, and it's not normally very snowy this time of year, which is the the middle summertime there right now. Here's a map: 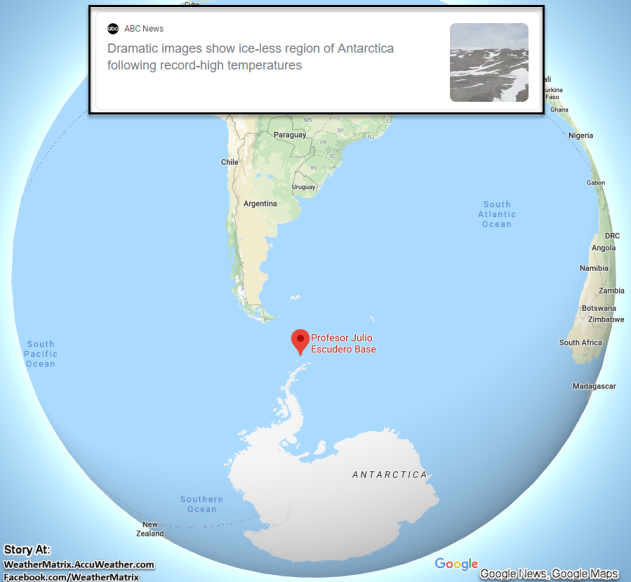 This place is the same one that set a record high temperature of 65 F last week for the country -- although, again, geographically speaking, the island is no more "Antarctica" than Bermuda is "North America." The temperature record itself is under question and appears to be a localized reading which may not even exceed the previous record set in the 1980s.

Another thing that the media missed is that it's supposed to be snowless there, especially this time of year. Try doing an image search for "Escudero Base." More than half of the first 15 photos show areas nearly devoid of snow.

Still don't believe it? The nearest weather station to Escudero Base is Teniente R. Marsh Airport, which is not even as far north on the Peninsula as Escudero Base. And yet WeatherSpark.com says that (historically speaking, on a monthly basis) it's actually less likely to see snow than New York City this time of year! 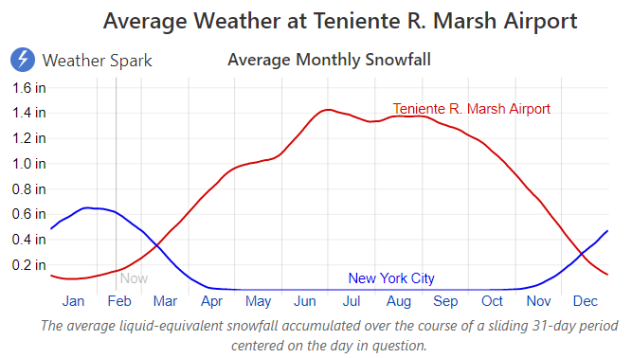 The daily chance of snow at Teniente R. Marsh Airport is also near zero this time of their year, and the chance is higher in New York City. 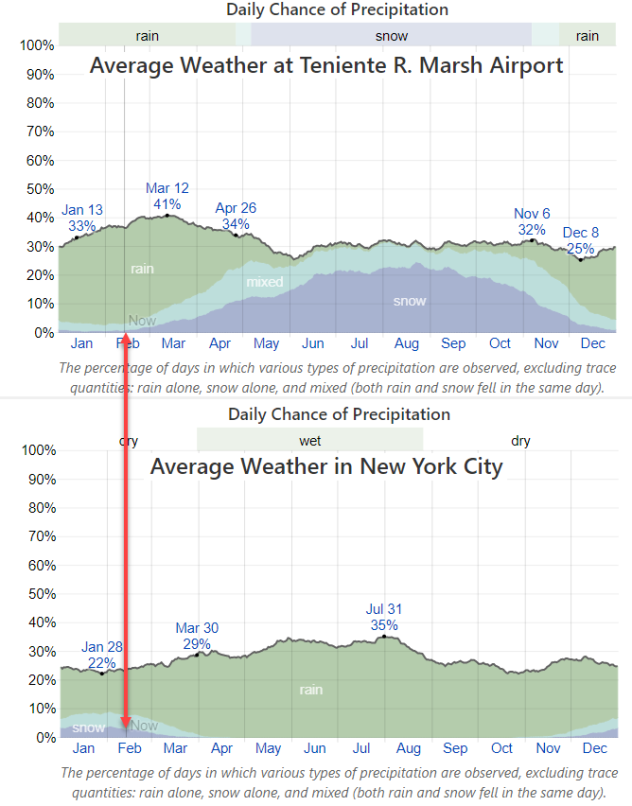