Weather station in Antarctica records high of 65, the continent's hottest temperature ever

An Argentinean research station on the tip of Antarctica's peninsula has reached a record high temperature — and scientists say there are many factors at play. 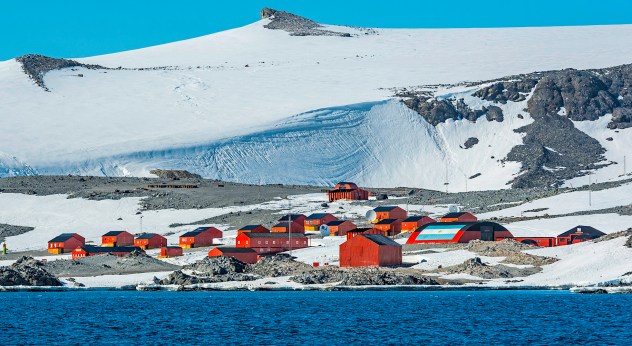 Antarctica set an all-time record Friday when a weather station recorded the highest recorded temperature on the continent at 65 degrees Fahrenheit.

The new high was recorded in a research station in Argentine — a sector of the continent claimed by Argentina — at the Esperanza base. The previous record was 63.5 F, which was recorded on March 24, 2015. Both readings were recorded by Argentina's National Meteorological Service, Servicio Meteorológico Nacional.

Argentine is located on the peninsula of Antarctica that reaches toward South America. The Esperanza base is located at the very tip of the peninsula, in the area circled in the satellite image below.

Esperanza, while serving as a research base, is also a residential community that houses just 10 families, as well as the first native-born resident of the continent in 1978 named Emilio Palma, according to Atlas Obscura.

In 1959, Argentina signed a treaty that bans territorial claims of the continent. Esperanza was formed prior to the signing of the treaty, in 1953, making it immune from the treaty. 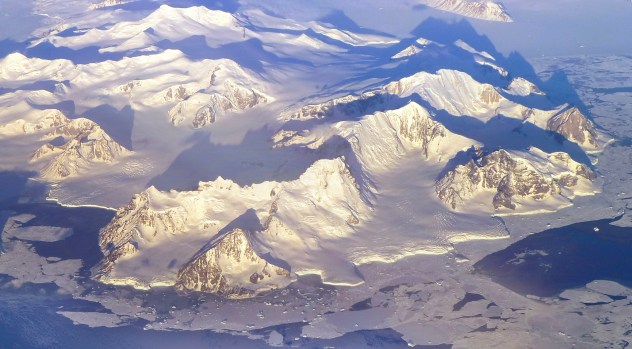 Esperanza is one of only two settlements on the continent, the other being a Chilean colony on King George Island, Villa las Estrellas.

The weather service sent out a series of tweets announcing the new record. According to the tweets, the record-breaking temperature was measured at noon local time.

In the Twitter thread, weather officials announced that another base in Argentine called Marambio also topped its own highest recorded temperature at 57.4 F. The record was previously 56.8 F.

The Marambio base is located on a small island off the tip of the peninsula.

These new highs come just after the warmest January on record for the Earth, The Washington Post reported, with many records being broken in Asia and Europe — and some temperatures in Russia climbing up to 13 F above average.

James Renwick, a climate scientist at the Victoria University of Wellington in New Zealand, told The Guardian the new record was likely due to the warming climate and northwest winds hitting the peninsula.

“The reason the peninsula is warming faster than other places is a combination of natural variations and warming signals,” Renwick told The Guardian.

"It's a sign of the warming that has been happening there that's much faster than the global average," Renwick said.

He also noted that strong winds coming from the northwest and warmer conditions often go hand-in-hand.

But there was another factor that had a hand in the temperature record, a meteorologist at AccuWeather who specializes in global weather trends, said.

AccuWeather Senior Meteorologist Jim Andrews said that in addition to regional northwest winds “influencing the peninsula,” extremely localized southwest winds were occurring at the base when the new temperature record was set.

The local southwest winds caused the air to warm and compress as it flowed down from mountains to the south of the base, which sits at sea level, and Andrews explained this is why the temperature was able to climb so high.

However, not all of Antarctica was warm that day. The temperature at Russian research station Vostok was below minus 50 F on Friday.

Vostok holds the last record low temperature recorded in Antarctica, which was set on July 21, 1983, when the mercury dropped to minus 128.56 F. The station is located farther inland than Argentine, and closer to Australia and New Zealand. That extreme reading also stands as the lowest temperature ever recorded on Earth, according to the World Meteorological Organization.

"This is a record from only a single station, but it is in the context of what’s happening elsewhere and is more evidence that as the planet warms we get more warm records and fewer cold records," Steve Rintoul, an oceanographer and Antarctic expert at The Commonwealth Scientific and Industrial Research Organization, said to The Guardian about the new high in Esperanza. 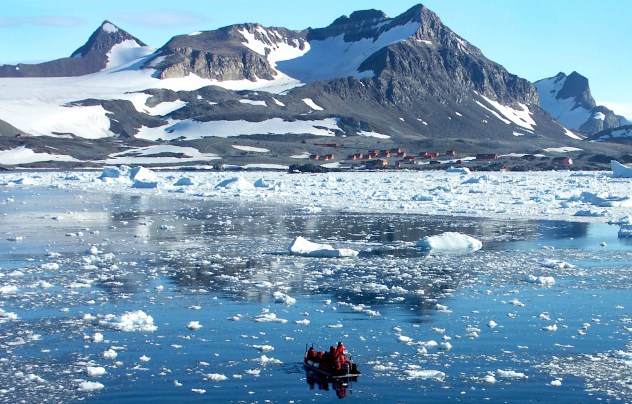 Polar circle boat heading towards Esperanza, an Argentinian base on Antarctica. (brytta / iStock / Getty Images Plus)

A climate researcher at the Ohio State University, David Bromwich, told The Washington Post in an email that the peninsula experiences fluctuating temperature trends in the summer especially, and made note of a cool trend in 1998.

“So overall, this record looks to be a one-time extreme event that doesn’t tell us anything about Antarctic climate change,” he said.

Bromwich said, however, that the peninsula has significantly warmed since the 1940s.

Eric Steig, a glaciologist studying climate change at the University of Washington, told the Washington Post that "although there is decade-to-decade variability, the underlying trend across most of the continent is warming."

He predicts that it won't be too long before the record is broken again.

The new record must be reviewed and approved by an ad-hoc World Meteorological Organization committee, of which Renwick is a part, but he said that while the record is still pending it is "perfectly valid."

The highest recorded temperature for the entire Antarctica Region — which is larger in area than the continent and considered any land or ice farther than the 60th parallel south — was 67.6 F at the Signy Research Station, located on an island 2,515 miles north of the continent in the South Atlantic Ocean. The high was recorded on Jan. 30, 1982, according to the World Meteorological Organization.