Weather or not, Thanksgiving travelers will be making these Top 10 spots their holiday destinations

With nearly pre-pandemic travel volume this year, AAA shared its list of the most popular cities to visit this Thanksgiving, including classic vacation spots and new urban destinations. 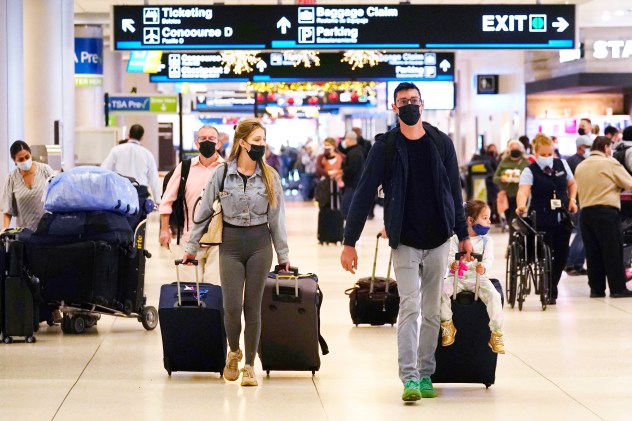 Holiday travelers push their luggage inside Miami International Airport on Nov. 23, 2021. Many Americans are expected to travel for the Thanksgiving holiday. (AP Photo/Marta Lavandier)

From the West Coast to the East Coast, many Americans again appear to have their sights set on some tourist favorites as the most sought-after destinations this upcoming Thanksgiving holiday. Topping AAA’s 2022 top Thanksgiving vacation list for another year were Orlando, Florida, and Anaheim, California, both home to Disney resorts.

This year, Las Vegas has made it back onto the list after a one-year absence -- as No. 3 on this recent list. Orlando, retaining its top ranking, was the only city from the Sunshine State this year to make the list. The region is still reeling from the devastation wrought from Hurricanes Ian and Nicole this fall. Tampa and Fort Lauderdale had both made the 2021 list.

Meanwhile, not making the cut this year were vacationing favorites Honolulu and Kahului in Hawaii, allowing for new urban destinations like Denver, Chicago and Charlotte, North Carolina, to take their spots.

Despite some airlines still facing these issues, vacation costs for some cities such as Las Vegas and Denver could balance out due to lower hotel prices this year even with average hotel booking costs up 8% when compared to 2021 prices. AAA hotel data shows average booking prices for stays during Thanksgiving week, which they said can vary in length, range from $319 in Las Vegas to $1,116 in New York City.

In all, AAA estimates that more than 54 million people will be venturing away from home during the holiday week, a 1.5% increase over 2021. Of those travelers, 49 million are expected to travel by car — up slightly from 2021.

Here’s a look at the 10 top Thanksgiving destinations, in the U.S. and abroad, according to AAA’s review of tourist bookings. In the United States:

Average hotel booking prices decreased by 11% from last year and are now around $616, according to AAA data. 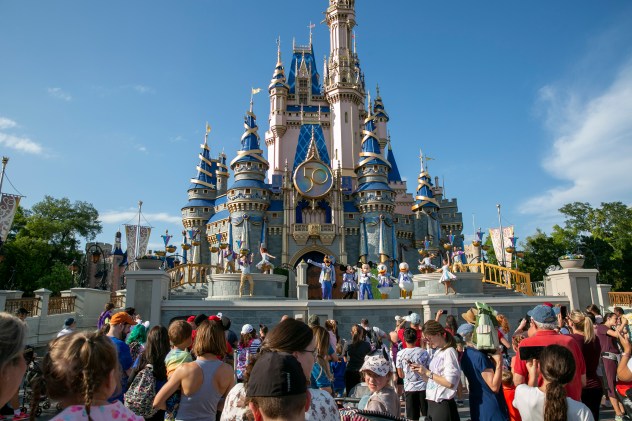 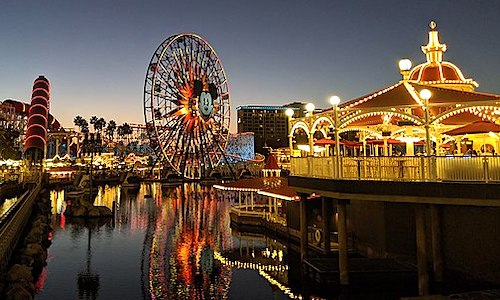 After seeing a 17% decrease in hotel booking prices, the average now stands at $319. 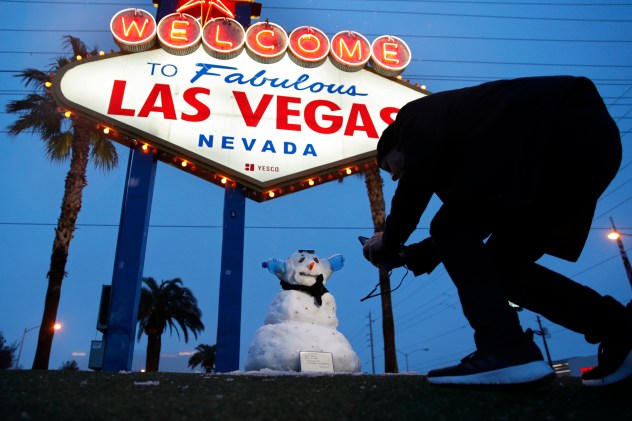 A man takes a picture of a small snowman at the "Welcome to Fabulous Las Vegas" sign along the Las Vegas Strip in February 2019 in Las Vegas. (AP Photo/John Locher)

Staying at the Big Apple this time of the year costs an average of $1,116, reflecting a 25% increase from the previous year. 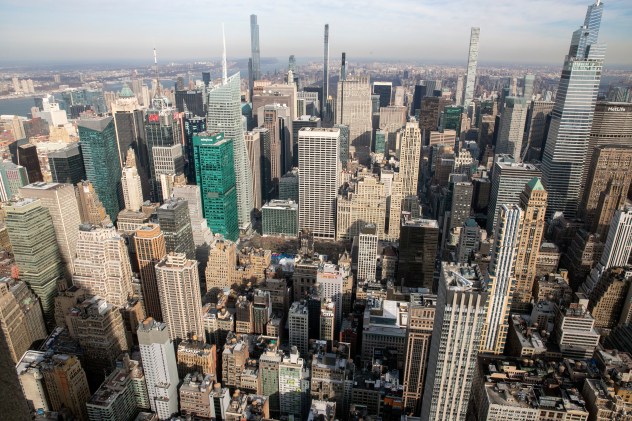 The Manhattan skyline is seen from the observatory of the Empire State Building in New York City in January 2022. (AP Photo/Ted Shaffrey) 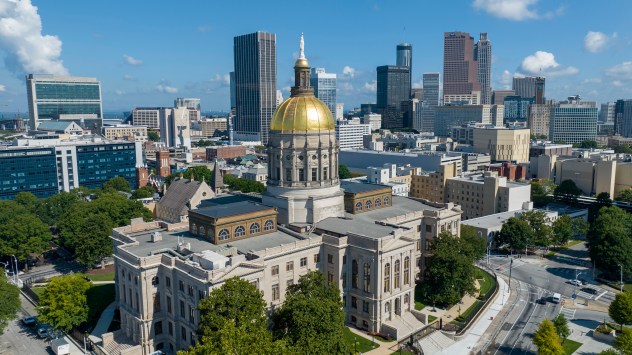 The gold dome of the Georgia State Capitol gleams in the sun in front of the skyline of downtown Atlanta, Georgia, in August 2022. (AP Photo/Steve Helber)

Average hotel booking prices decreased by 7% from 2021 and are now $530, according to AAA data. 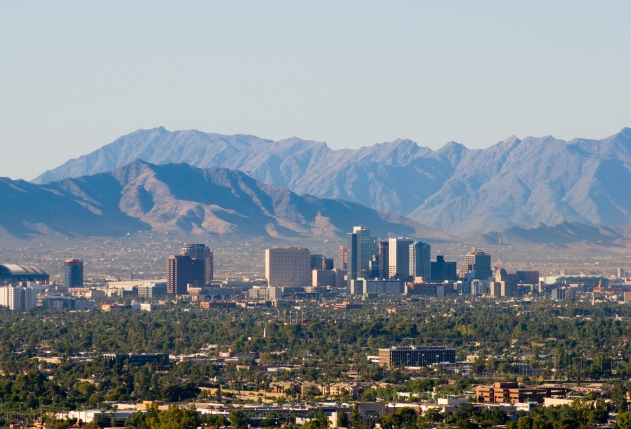 The downtown Phoenix skyline with the South and Sierra Estrella mountain ranges in the background. (Getty Images)

This city experienced a 17% decrease in hotel booking prices, with the average now standing at $319. 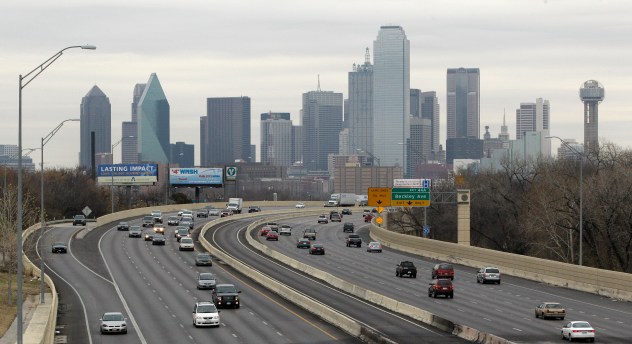 With the highest decrease of 24%, the average hotel price in Denver is $407. 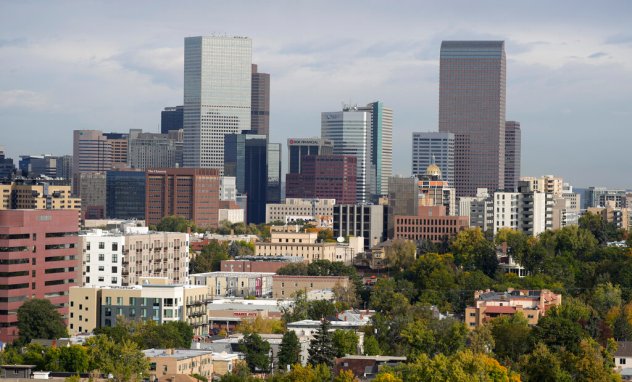 Clouds pushed in by a cold front roll in behind the skyline of downtown in October 2021 in Denver. (AP Photo/David Zalubowski) 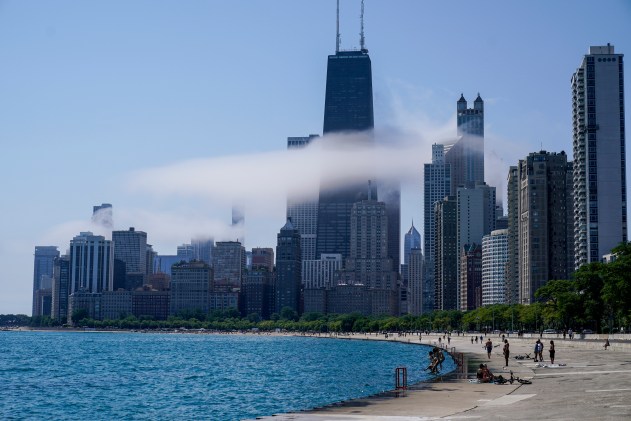 A group of women jumped into Lake Michigan to cool off as the city skyline is covered by the fog lifted off the lake in August 2022 in Chicago. (AP Photo/Kiichiro Sato)

Opposite from Denver, Charlotte experienced the highest increase of 66%, with an average hotel price of $510. 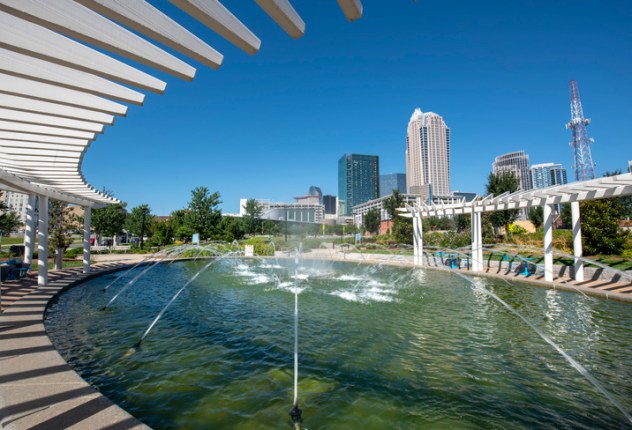 According to the AccuWeather forecast, temperatures next week for the top destinations are shaping up to be mostly shorts and flip-flops weather – Orlando, Anaheim and Phoenix will boast temperatures in the high 70s, and Las Vegas will be in the high 60. New York City and Denver, on the other hand, will be inching toward the 50-degree mark.

AAA said they started tracking Thanksgiving travel in 2000, and 2022 is projected to become the third busiest year so far.

Of the more than 54 million traveling next week, AAA said 49 million people are expected to travel by car, leaving 4.5 million expected to be catching flights to get to their Thanksgiving destinations. Car travel is reported to still be below 2019 levels, yet air travel has increased nearly 8% from last year. 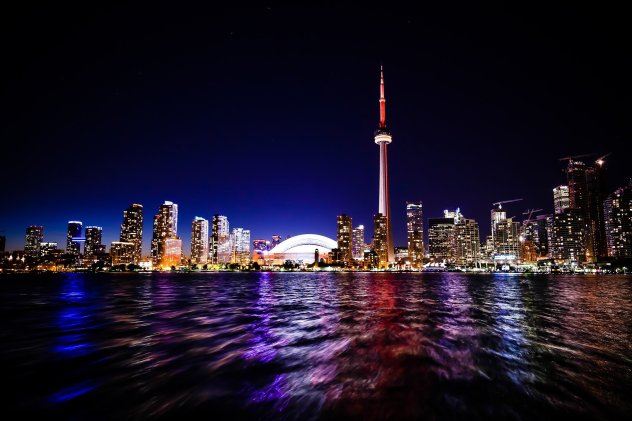 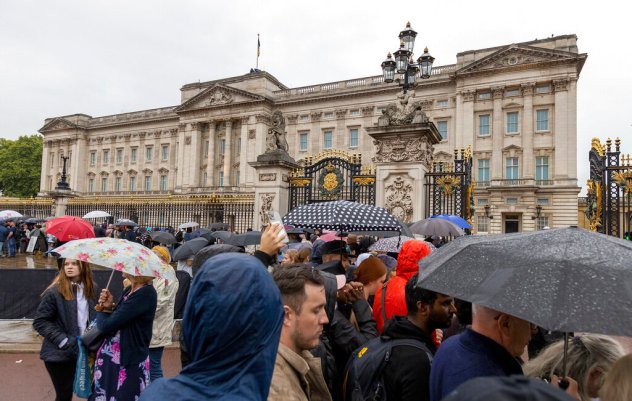 Members of the public gather in the rain outside Buckingham Palace, in London, on September 2022. (Suzan Moore/Pool Photo via AP) 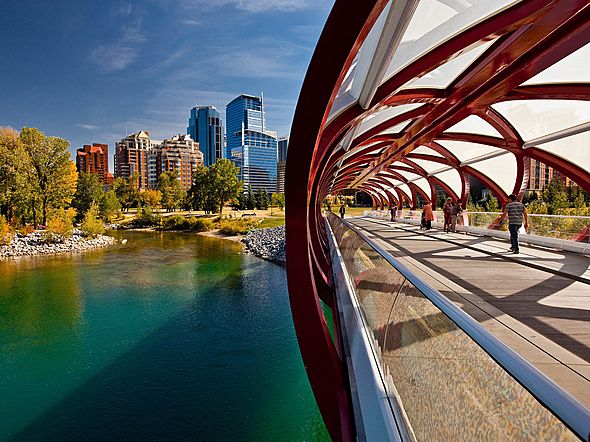 People walking through the Peace Bridge in Calgary, Canada, which serves pedestrians and cyclists in the city. 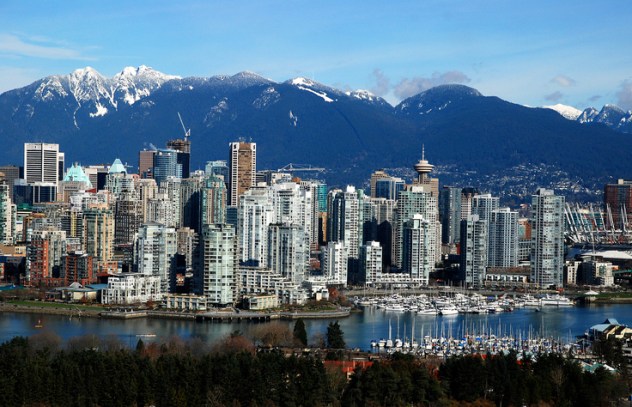 Vancouver with False Creek in foreground and Grouse Mountain and the North Shore Mountains in the background. (Getty Images) 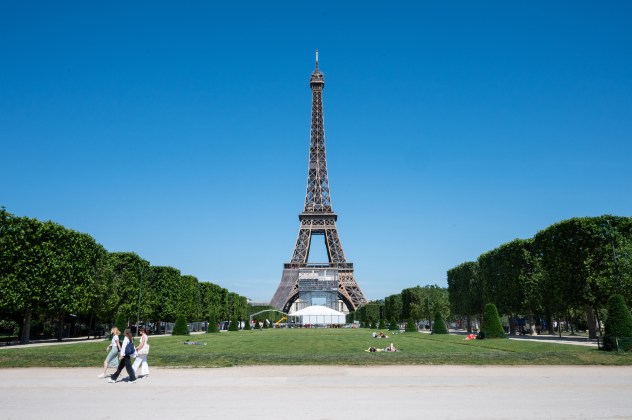 The Eiffel Tower seen from the Champ-de-Mars in Paris, France, on June 2021. (Photography by Riccardo Milani / Hans Lucas)

AAA told AccuWeather this destination is filed under international travel because it is outside of the U.S. 50 states. 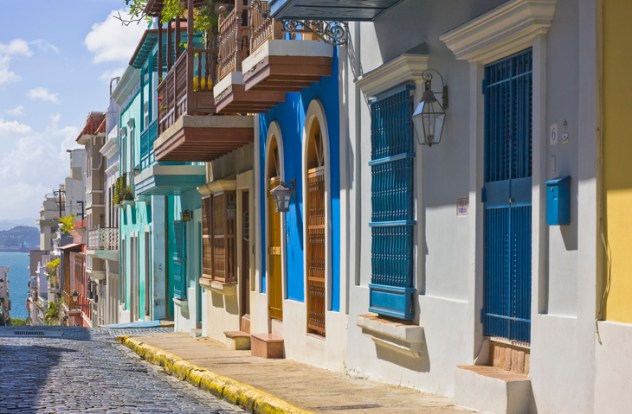 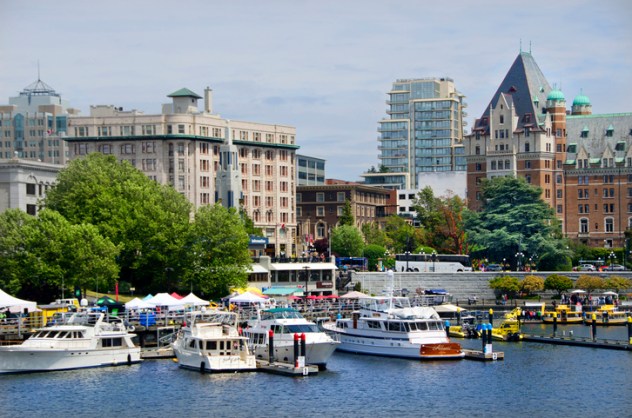 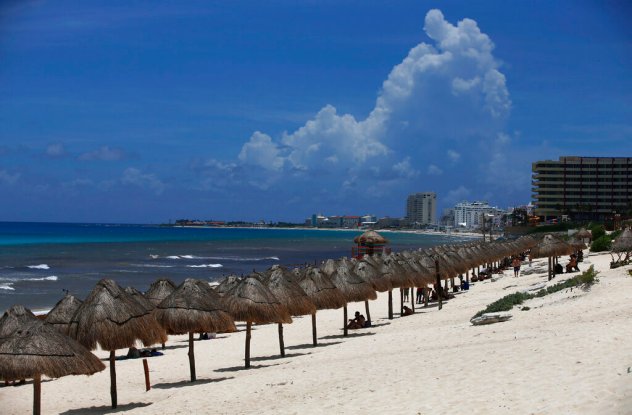 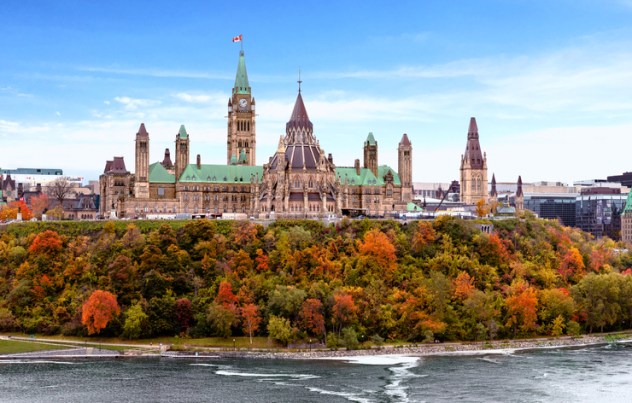 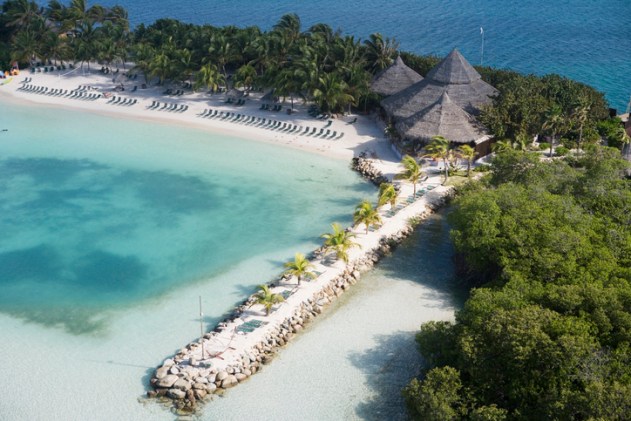 According to the AccuWeather forecast, temperatures next week for the top international destinations will range from the 40s in Toronto, London and Paris to the more mild, beach weather in the 80s in San Juan, Cancun and Aruba.

AAA advises both domestic and international travelers to reserve airport parking spaces ahead of time, anticipate long TSA lines and stay flexible in the case of a flight delay or the need to reschedule arises.

A huge tunnel has opened below Niagara Falls