If you miss out on the lunar spectacle, you'll have to wait until next summer to see a moon as big and bright. But, this week’s event will outshine another popular celestial light show.

The summer of the supermoon is about to put on its final performance, stealing the spotlight from what is typically one of the most-anticipated astronomical light shows of the year.

Supermoon season kicked off in June, followed by an encore in July. The third and final of the series will rise on Thursday, Aug. 11, illuminating the sky all night long.

While the difference is minuscule, a supermoon is slightly bigger and brighter than other full moons throughout the year.

However, some stargazers will not like the extra brightness due to the night that the full moon rises. 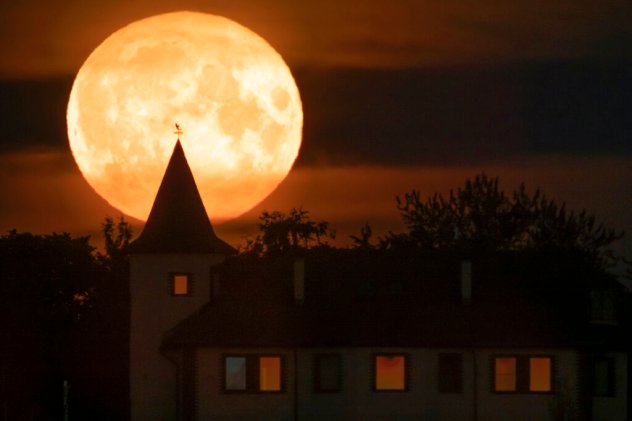 The popular Perseid meteor shower will peak on the same night as the supermoon, reaching its climax Thursday night into the early hours of Friday morning.

The Perseids can be one of the top meteor showers of the year, boasting over 60 meteors per hour under ideal conditions, but the light from the full moon will outshine all but the brightest meteors.

Experts say that the meteor shower could still be worth watching, but observers should expect significantly fewer shooting stars compared to past years. For the highest chance of spotting meteors, it is best to focus on darker areas of the sky without the supermoon in sight.

In addition to being a supermoon, this week's full moon has several other nicknames that date back hundreds of years based on events in nature during the latter part of the summer.

The most common nickname for August's full moon is the Sturgeon Moon, as the month was said to be the best time of the year to catch the massive fish in the Great Lakes and Lake Champlain, according to the Old Farmer's Almanac.

Other names for the full moon in August include the Corn Moon, the Black Cherries Moon and the Mountain Shadows Moon.

After this month, the next supermoon will not rise until July 3, 2023.