SpaceX to raise bar for space tourism with Inspiration4 launch

Two men and two women are scheduled to lift off in a Dragon capsule atop a Falcon 9 rocket from Kennedy Space Center as early as 1 a.m. EDT.

Isaccman, who Forbes says is worth $2.4 billion, paid SpaceX an undisclosed sum for the flight. He also pledged a $100 million donation to Memphis-based St. Jude Children's Research Hospital, while mounting a fundraising effort to raise an additional $100 million.

He chose St. Jude as benefactor because he was moved by the suffering and possible shortened lives of children with cancer, he told UPI in February. "There is no more worthwhile organization to benefit," Isaacman said.

Jeff Bezos' Blue Origin took two private individuals into space in July, but that was a suborbital flight for about 10 minutes that rose 62 miles. Inspiration4 is to spend several days in space, although the exact duration hasn't been announced and may depend on how the flight unfolds. 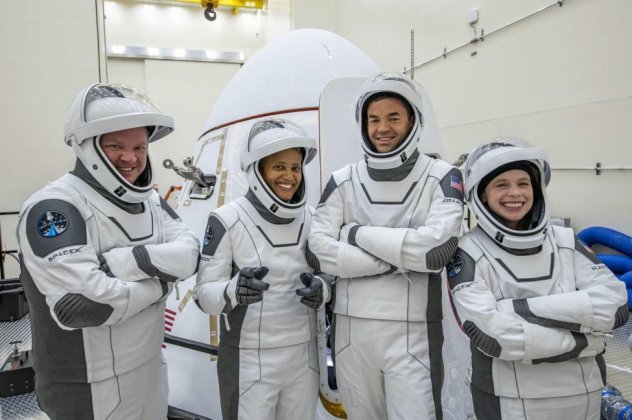 The capsule will orbit higher than the International Space Station at about 265 miles, according to the mission profile.

Inspiration4 is significant because it demonstrates the willingness of the super-wealthy to pay for an orbital flight, said Greg Autry, a professor of space policy at Arizona State University.

Only seven paying customers have reached orbit before on Russian Soyuz spacecraft headed to the International Space Station.

Isaacman, 38, is a trained pilot who will lead the mission as commander. He has given away three seats. Although his payment was not disclosed, SpaceX is charging $55 million per seat for another planned orbital mission, known as Ax-1, which is scheduled for January.

"While a historic journey awaits us in space, I hope this mission reinforces how far inspiration can take us and the extraordinary achievements it leads to here on Earth," Isaacman posted on Twitter.

His crew will consist of physician assistant Hayley Arceneaux, 29, the mission medical officer, who was a childhood cancer survivor at St. Jude; data engineer Chris Sembroski, 42; and science communicator and artist Sian Proctor, 51, who also is a pilot and carries that title for the mission.

A look at Dragon’s Cupola, which will provide our Inspiration4 astronauts with incredible views of Earth from orbit!

The crew visited the flight-hardware Cupola in California before it was shipped to Florida for integration with Dragon Resilience. pic.twitter.com/9ivMZrS1ip

Proctor was chosen through a contest initiated by Isaacman to gauge the entrepreneurial spirit of account holders on the Shift4 Payments website. She opened an account, posted a poem about inspiration there and sold mementos related to the mission.

"It was a priceless moment being able to tell my family & friends that I was going to space on my 51st birthday. Now I'm blasting into orbit w/the most incredible crew," Proctor posted on Twitter.

While the Dragon capsule is SpaceX's workhorse spacecraft, it will be used in a completely new fashion for Inspiration4.

Designed to carry astronauts and cargo to the space station, Dragon will be modified for Inspiration4 to include a glass dome where the docking hatch normally would be. That will allow the crew broad views of the Earth and space that otherwise would be limited to smaller windows, according to SpaceX.

The capsule is designed to carry up to seven people, although SpaceX and NASA haven't announced an intention to do that. 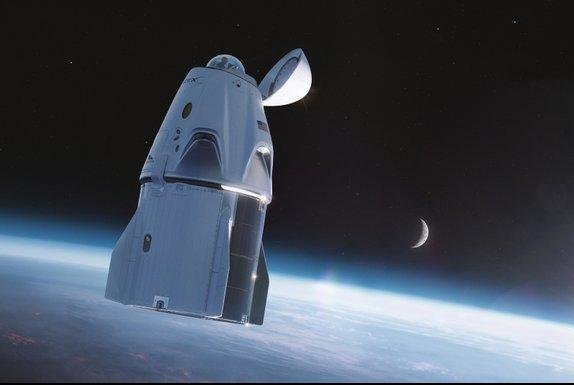 An illustration depicts a SpaceX Dragon capsule modified to include a dome from which the Inspiration4 mission crew can view Earth and space. Photo courtesy of SpaceX

To prepare for the journey, the crew trained together at SpaceX facilities in Hawthorne, Calif., and in other locations over the past year, according to Inspiration4's blog.

Those experiences included centrifuge training at the National Aerospace Training and Research Center in Pennsylvania, which mimics the gravity forces of spaceflight, and a climb to 10,000 feet on Mount Rainier near Seattle.

The Dragon spacecraft was designed to be fully automated, making an all-private mission more accessible. But Isaacman and the crew have trained for manual control in an emergency.

All rocket missions are subject to weather at the launch site, but crewed missions also require launchers like SpaceX to monitor weather along the planned trip to orbit.

That's because a Dragon capsule is capable of aborting the flight plan at any point along a 1,000-mile route. It is designed to land under parachutes in the ocean; for the Inspiration4 mission, that would be the Atlantic Ocean off the coast of Florida and into the ocean's far northern regions.

The forecast for Wednesday cites a 50% chance of thunderstorms, according to the National Weather Service. That could cause a delay.

The Inspiration4 mission has received global attention, including a Netflix documentary, partly because it includes "regular people," said Autry, the space professor.

"Giving away $100 million space missions will not be a super common event," he said. "While I love what Inspiration 4 is doing, this is likely to be one of a few such acts. After that, such gifting of seats surely will be an occasional act of charity." 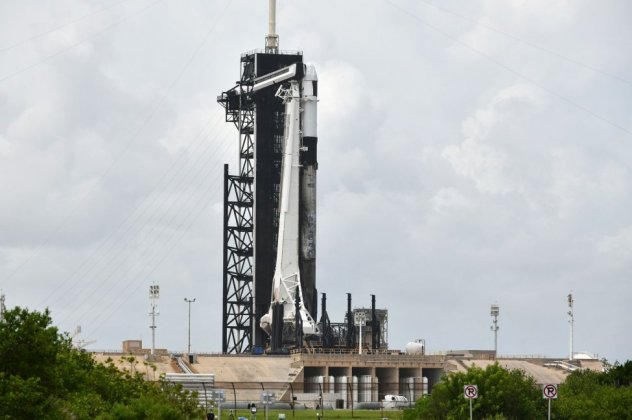 The crew of SpaceX Inspiration4, the first all-private orbital mission, will be launched on a Falcon 9 rocket like the one shown Aug. 28 at Kennedy Space Center in Florida. Photo by Joe Marino/UPI

The mission will be a major precedent for the future of private spaceflight, Frans von der Dunk, professor of space law at the University of Nebraska, said in an interview.

He noted that industry insiders and the public have anticipated such private flights for many years, since at least 2000 when Blue Origin was founded, and further progression is likely to move slowly.

"It will be limited still to very rich people who are willing to pay for the privilege of, you know, orbiting the Earth every 90 minutes," von der Dunk said. "I think that's a very limited market."

Right on cue: Cooler air to sweep across East as fall officially begin...