Upcoming Beaver moon eclipse longest of its kind since 1440

The sun, Earth and moon will align almost perfectly to create an impressive partial lunar eclipse over North America on Thursday night and early Friday morning.

Early risers in the morning of Nov. 19 will be greeted by a partial lunar eclipse. Make sure to set your alarm clocks early for this celestial event!

A loud alarm clock and a strong cup of coffee may be needed to enjoy one of 2021’s final astronomy events as the moon passes through Earth's shadow to create a lunar eclipse.

An impressive partial lunar eclipse will plunge 97% of the moon into darkness on the night of Thursday, Nov. 18 and into the early hours of Friday, Nov. 19 over North America. It will also be visible from Australia, New Zealand, eastern Asia and part of South America. 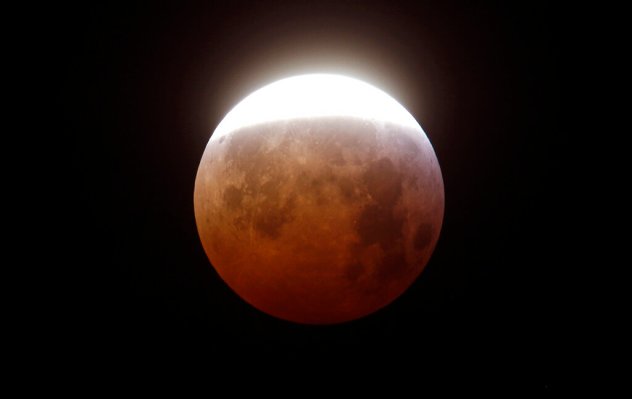 Lunar eclipses only happen on the night of a full moon and November’s full moon will be the smallest full moon of the year, also known as a "micromoon."

A micromoon is the counterpart to a supermoon and happens when there is a full moon near apogee, or the point in its orbit when it is farthest away from the Earth. Micromoons appear about 14% smaller and 30% dimmer than a supermoon, according to TimeAndDate.com.

November’s full moon is also known as a Beaver Moon, leading some people to combine these nicknames to call the upcoming event a micro beaver moon eclipse.

The entire eclipse lasts around 6 hours, but onlookers do not need to be focused on the sky for the whole event to enjoy the show.

The penumbral phases of the eclipse are barely noticeable, even with the help of a telescope, so it might not be worth stepping outside until the partial phase of the eclipse begins around 2:19 a.m. EST. 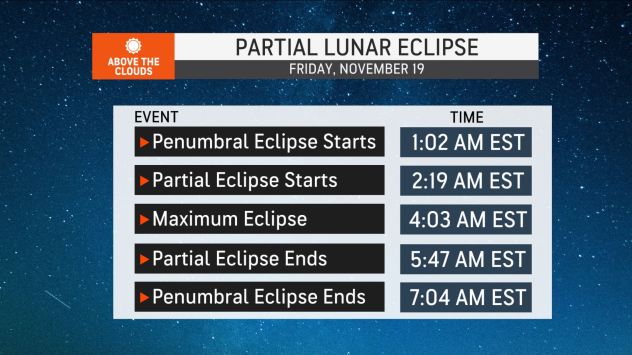 Unlike other celestial events such as meteor showers, a lunar eclipse can be seen from light-polluted cities, although the weather needs to cooperate for folks waking up in the middle of the night hoping to see the eclipse.

AccuWeather meteorologists are predicting excellent viewing conditions across most of the Southeast, as well as parts of the southern Plains and into the lower Midwest. Favorable weather is also expected across most of Mexico and the western Canadian Prairies.

Some clouds are likely for most of the mid-Atlantic, Great Lakes and Southwest, but since this is a long-lived event, there should be enough breaks in the clouds to occasionally catch a glimpse of the eclipsed moon.

Other areas of North America may want to consider watching the event online or reliving the eclipse through pictures the day after with mostly cloudy conditions in the forecast. 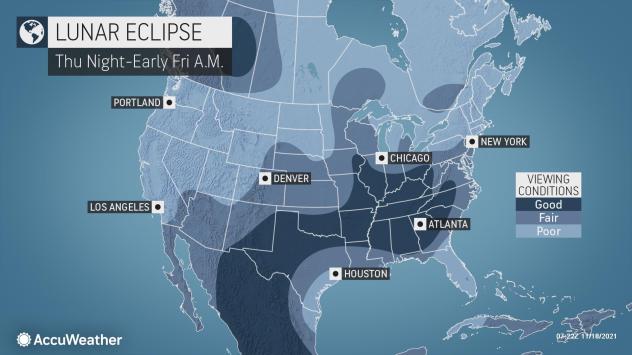 This week's partial lunar eclipse is a warmup for what's to come in 2022.

North America will experience a pair of total lunar eclipses next year that will be even more impressive than this week's event.