NASA will launch first U.S. missions to Venus since 1989

For the first time in decades, Venus will get visitors as NASA plans two new missions that will send two robots to the planet to study its atmospheric composition, its topography and its evolution.

The missions, known as DAVINCI+ and Veritas, would use sensors to analyze the searing hot atmosphere in an attempt to determine how it evolved, and to map the rugged surface.

"Both aim to understand how Venus became an inferno capable of melting lead at the surface," Nelson said during the annual State of NASA address in Washington D.C.

"They will offer the entire science community the chance to investigate a planet we haven't been to in more than 30 years." 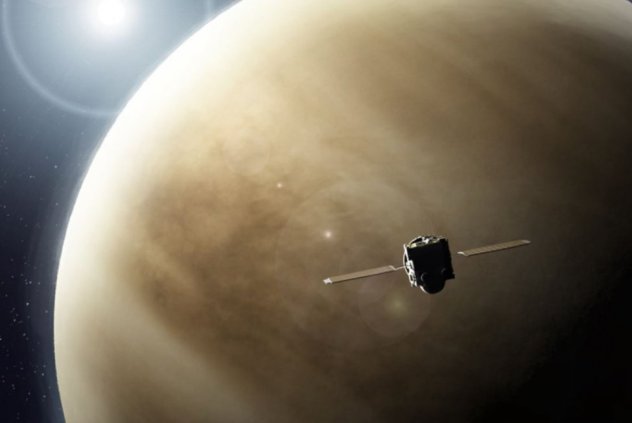 NASA estimates each mission will launch during a three-year span starting in 2028. Each is estimated to cost $500 million.

The DAVINCI+ spacecraft would parachute into the hot atmosphere and possibly help scientists learn if Venus ever had oceans.

To survive the nearly hourlong descent, the probe would be encapsulated in a sphere to shield the sensors.

DAVINCI+ would provide "a complete cross section of Venus' atmosphere at a level of detail that has not been possible on earlier missions,'' according to NASA's description of the mission.

The name is an acronym for Deep Atmosphere Venus Investigation of Noble gases, Chemistry and Imaging Plus.

VERITAS would be an orbiter that would map Venus' surface to determine the planet's geologic history and help scientists to understand why Venus developed so differently than Earth.

The spacecraft would chart surface elevations over nearly the entire planet to confirm whether it has plate tectonics and volcanic activity, according to NASA.