Woman, 52, and her dogs killed by lightning strike in Southern California

The fatality is the first lightning death in the U.S. this year and happened during a barrage of lightning strikes in the Los Angeles area on Wednesday.

Walkers along a San Gabriel river trail in Pico Rivera, California, came across a startling discovery: A 52-year-old woman and her two dogs were found lying dead in the pathway.

A woman and two dogs were reportedly killed by lightning while out on a walk Wednesday morning in Southern California, authorities said. The woman's death was the first known lightning fatality in the United States this year.

ABC7 reported that authorities have identified the woman as 52-year-old Antonia Mendoza Chavez and her two dogs — Luna and Chubby.

“We don’t see lightning deaths like this, its rare,” Pico Rivera Sheriff’s Department detective Morgan Arteaga told KABC in an interview on Wednesday.

Chavez was known to walk that trail with her dogs at least once a day, according to Gloria Colocho, Chavez’s landlord, who spoke with FOX11 on Wednesday. When Colocho learned that a woman and her two dogs had been struck by lightning, she feared the worst.

“I called her and I texted her and she didn’t answer, and the message was not delivered to the cell phone,” Colocho told ABC7 in an interview on Wednesday. “I called her and it went straight to voicemail, and from there, I had this feeling that it was her. I checked my camera…she left around 7:30 a.m. and I see her with her two dogs, and she left the house and she hasn’t come back at all.”

"Lightning strikes along the West Coast are less frequent than anywhere else in the continental U.S.," AccuWeather Meteorologist Brian Thompson said. "Since lightning happens so infrequently in this area, especially close to the coast, it can be easier to be caught off-guard by lightning." 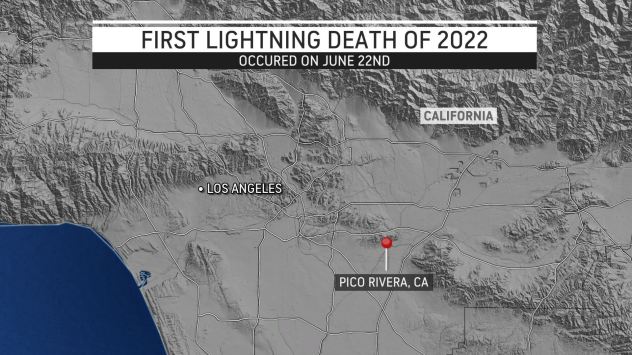 Despite this, the Southern California area was bombarded with lightning strikes on Wednesday as numerous thunderstorms moved across the region, though not all of the precipitation reached the ground.

"Over 5,000 lightning strikes have been recorded across Southern California from late Tuesday into Wednesday," Thompson said. "In just the 8 a.m. hour alone Wednesday, over 500 strikes were recorded."

The city ordered its work crews and summer camps indoors as a result of the storm and canceled outdoor activities, including a farmer's market, according to the AP.

An upper-level low drifting in from the west combined with some monsoonal moisture to produce the thunderstorms along the coast, Thompson said. 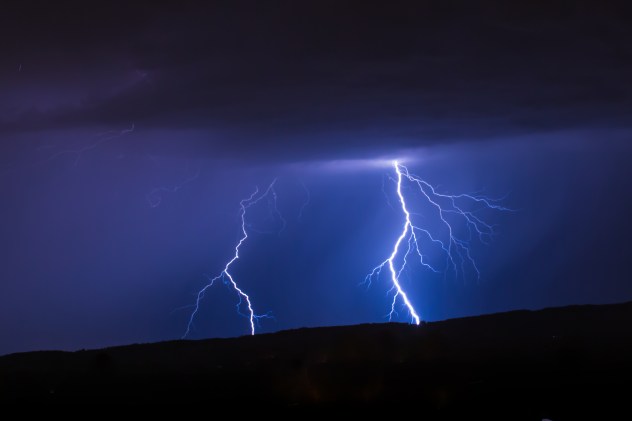 This is the first recorded lightning fatality in the U.S. this year, according to John Jensenius, a lightning safety specialist with the National Lightning Safety Council, and it happened far later than the first lightning-related death that typically occurs in the U.S.

"Based on the past 10 years, the U.S. averages 6 lightning deaths by June 22," Jensenius said in an email. "This is the latest in the year that the first lightning death has occurred. Previously, the latest date had been June 9, 2021."

Overall, 11 lightning fatalities were recorded across the U.S. in 2021.

Earlier this year, a father and daughter who were struck by lightning outside of a spring training game in Tampa, Florida, told AccuWeather about their frightening experience. They had been walking to their car after the game was called off due to thunderstorms, and the area had been under a severe thunderstorm watch.

After two days in the hospital, John Moberg and his daughter, Ashley, returned home.

"You never think something is going to happen to you," Moberg told AccuWeather, "and you should heed the warnings from the weather and anyone else of what to do and what not to do."

Lightning strike survivors want others to learn from their experience