Heavy rains and lightning reportedly claimed the lives of over 100 people in Bihar, India.

The death toll climbed to at least 107 across northern India last week after severe thunderstorms unleashed dangerous lightning across the region.

Thunderstorms that developed across northeastern India turned severe on Thursday. The deadly lightning strikes occurred across Bihar and Uttar Pradesh, located in the northern part of the country about 570 miles east of New Delhi, throughout the day.

On Thursday evening, local time, officials from the state of Bihar announced that 83 people had been killed and another 30 were injured due to lightning strikes across the region.

There are reports that the death toll has climbed to 92 in Bihar and could continue to climb as reports from rural areas reach government officials.

"This was one of the highest daily tolls from lightning the state had recorded in recent years," Bihar's Disaster Management Minister Lakshmeshwar Rai told AFP.

In Uttar Pradesh, 24 deaths and 24 injuries were blamed on lightning strikes. Additionally, at least 46 animals were killed by lightning. 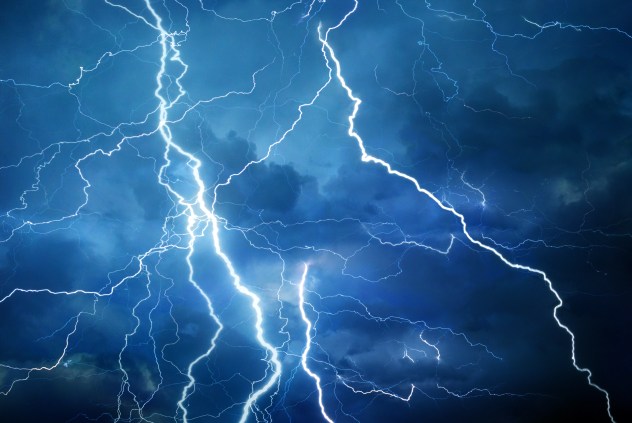 India Prime Minister Narendra Modi announced that state governments were working on relief efforts and he offered his condolences to the grieving families in a statement on Twitter on Thursday.

The chief minister of Bihar, Nitish Ku, announced compensation for each of the families of the deceased.

These lightning fatalities occurred as the monsoon continues to advance across northwestern areas of the country with the leading edge of the monsoon reaching Delhi on Thursday, according to the India Meteorological Department (IMD).

As of Friday afternoon, local time, the IMD announced that the monsoon has progressed across the entire country.

While this first round of rain reaches the parched areas of northwestern India, occasional showers and thunderstorms are forecast to continue across eastern and southern areas.

Much of India will have scattered showers and thunderstorms that can produce dangerous lightning and localized flash flooding into Monday, but the heaviest rain will fall on northeastern India, Bhutan, northern Bangladesh, and eastern Nepal. These areas are most likely to have mudslides that could close some roads.

Relentless rain in the Assam region has lead to multiple land slides late last week and over the weekend. One landslide prompted the evacuation of a nursing home near Raj Bhavan, according to The Times of India. 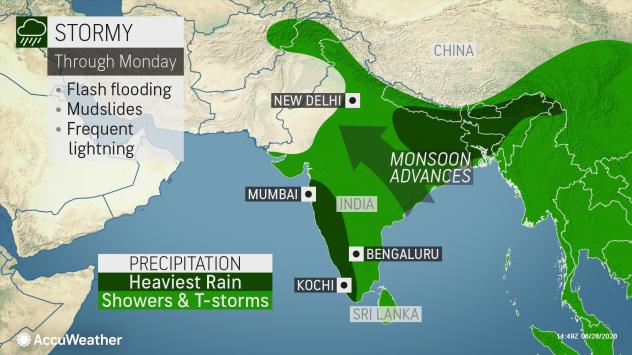 Moisture from the Arabian Sea will also continue to fuel widespread downpours along the western coast of India, from Maharashtra to Kerala.

Showers and thunderstorms can bring daily rainfall totals of 13-50 mm (0.50-2.00 inches) to northern India through the weekend and into the beginning of next week. An AccuWeather Local StormMax™ of 100 mm (4 inches) is possible in slow-moving and heavy storms.

The risk of flash flooding will remain high as many of these areas have reported over 100 mm (4 inches) since the arrival of the monsoon earlier this month.

Outside of a few isolated showers and thunderstorms in the mountains, far northwestern India is forecast to remain largely dry and hot into Monday. 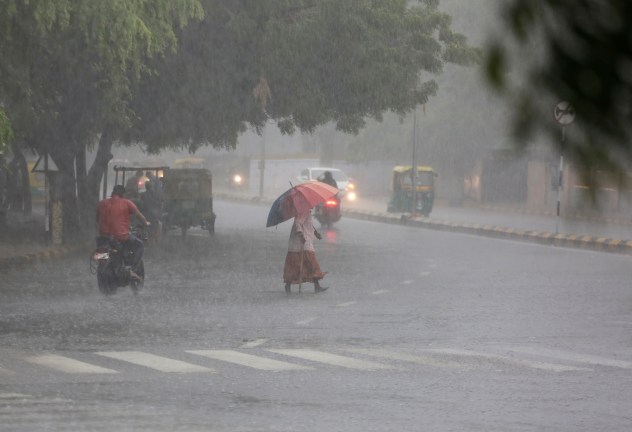 A woman holds an umbrella and crosses a road as it rains in Ahmedabad, India, Wednesday, June 24, 2020. (AP Photo/Ajit Solanki)

AccuWeather Lead International Meteorologist Jason Nicholls stated, "Just because the monsoon has reached an area does not always equate to heavy rainfall."

It isn't unusual for far northwestern India and Pakistan to stay dry until the end of June or early July. In fact, so far the monsoon has contributed to wetter-than-normal conditions across the entire state.

"As of June 17, India, as a whole, is running about 32 percent wetter than normal," Nicholls added.

While the monsoon season threatens to produce dangerous lightning and heavy rainfall through the summer months, it also brings beneficial rain which offers relief from heat and poor air quality as well as providing drinking water for the rest of the year.