While heavy rain fell across several towns in western Saudi Arabia on Thursday, the port city of Jeddah, located on the coast of the Red Sea and the second-largest city in the country, endured the worst of the flooding.

Civil Defense spokesman Col. Muhammad Al-Qarni confirmed on Thursday that two people were killed as a result of the flooding when the victims became trapped in their submerged vehicle, according to the Saudi Gazette. 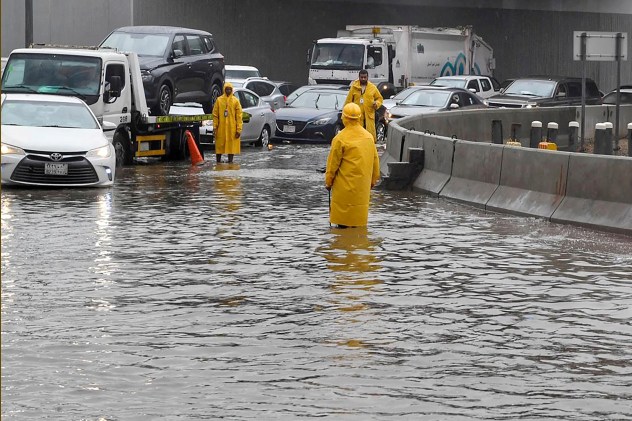 Swimmers of the Jeddah Civil Defense were deployed to rescue motorists that were trapped in vehicles. The Makkah region task force also deployed 52 water tanks across the area, each with a capacity of removing 194,000 gallons of floodwaters, as well as more than 100 excavating machines.

“Slow-moving thunderstorms were to blame for the flooding across Jeddah on Thursday,” said AccuWeather Senior Meteorologist Jason Nicholls.

The Saudia Arabia National Center of Meteorology confirmed that in a period of six hours, an astounding 7 inches (179 mm) of rain fell in the heart of the city. The biggest deluge of rain was 2.36 inches (60 mm) of rain that fell in just two hours. 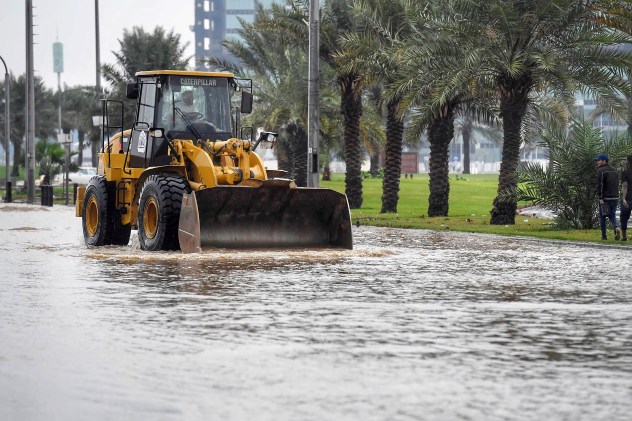 The King Abdulaziz International Airport, on the north side of the city, reported 3.39 inches (86 mm) through midday Thursday. The weather conditions caused flight delays, and passengers were urged to check with their airlines for updates according to the airport's twitter page.

As the heavy rain and thunder continued Thursday morning, water levels rose so high that vehicles became submerged and stranded in the street. Some roads became impassible while others were overrun with feet of water.

After flooding receded, cars were left piled up in the streets after being transported by the powerful raging floodwater.

#WATCH: The damage and aftermath after heavy rains and flooding in western #SaudiArabia wrought havoc in #Jeddah and #Makkah https://t.co/8bAq3VzMiH pic.twitter.com/mdpn0PRh7h

For several hours, the Makkah-Jeddah highway was closed in both directions, and the King Abdullah Road tunnel was completely submerged in water. The Haramain Expressway, a railway connecting Jeddah to the other major city of Mecca, also suffered delays.

The disruptions didn’t end there. Public schools in Jeddah, as well as in nearby towns of Rabigh and Khulais were closed Thursday for student safety.

The rounds of heavy rain will not continue in the coming days, according to Nicholls. Dry weather is forecast into the upcoming week, allowing for uninterrupted cleanup from the flooding.

Jeddah has hit by devastating flooding in the month of November before. On Nov. 25, 2009, heavy thunderstorms drenched the city, triggering severe flooding that left at least 122 people dead and more than 3,000 vehicles.