Why is April known as the month of showers?

The saying “April showers bring May flowers” is a bit of folksy wisdom that we all accept as true. As a result, we think it rains a lot in April. The truth is the saying has more to do with proverbs than weather patterns. In terms of rain volume, April can actually be one of the driest months of the year. To understand the saying from a weather perspective, it helps to remember that there is a difference between “rain” and “rain showers.” Rain is technically the result of a weather front or the boundary shared by two bodies of air. These fronts can span hundreds of miles and consist of many types of clouds. The clouds create precipitation that can fall for days over large areas of land. The result: a lot of rain and sometimes flooding.

Rain showers are something else. Showers are produced by cumulus or cumulonimbus clouds, which can look large when you see them rolling in from the ground but are actually much smaller than the groupings of clouds in a rain front. Also, the precipitation from these clouds rarely lasts longer than a few hours. The result: less rain. 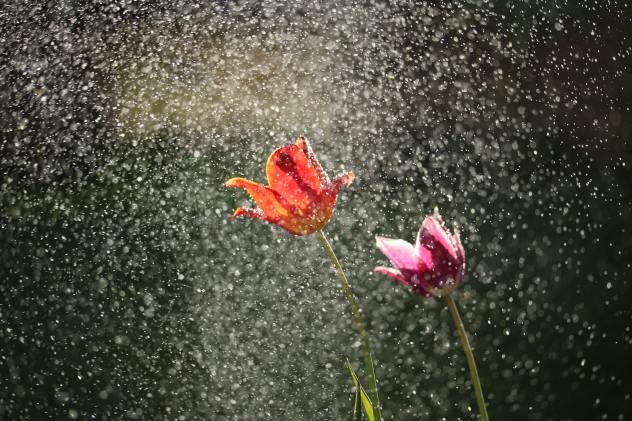 April rain versus other months

Now, if you’re talking about rain showers, that’s a different story. April does have more showers than other months, regardless of where you are in the country. During the month of April, a band of strong winds, known as the jet stream, moves northwards. This changes the air pressure and leads to an explosion of cumulus clouds — the type of clouds that create rain showers. In coastal areas, the sea also contributes to forming April showers. This is because the temperature of the sea during April is usually lower compared to other months. As the days also get progressively warmer during the month, the sea’s lower temperature can clash with increased surface temperature to cause rain showers. 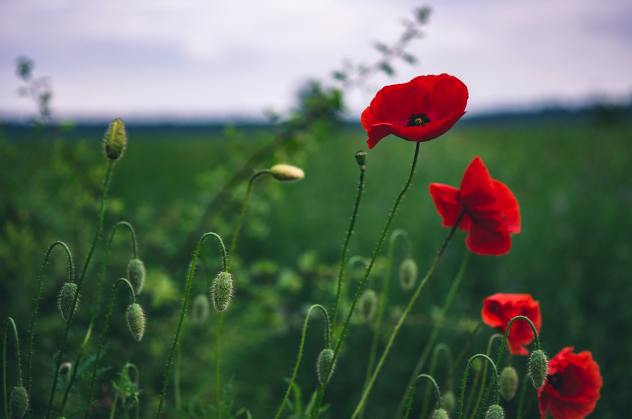 What about the May flowers?

Now that we’ve addressed how much it actually rains in April and why, what about the silver lining: does the rain actually help flowers grow in May? The short answer is yes. April kicks off the spring growing season (Why March comes in like a lion and leaves like a lamb) in the U.S. and the rain combined with increasingly warming temperatures and sunlight gives plants the nutrients they need to thrive in the spring and summer. In warmer climates, the old saying is less true because flowers will start blooming before May as a result of increasing spring temperatures.

April rain showers also have less impact on certain types of flowers. In general, perennials are the flowers we imagine when we talk about the visible signs of spring. Since the bulbs of perennials have been in the ground all winter long, their growth and health depends on the overall trend of rainfall over the course of many months. And during the blooming season, too much rainfall can actually ruin the flowering blossoms because of disease. Annuals are completely different. They need rain to blossom, but it needs to be rainfall after the plants are in the ground. You also need to wait until the winter frost is completely gone before you plant annuals, so the likelihood of April showers leading to May flowers on an annual plant is less likely unless you planted them in a warm climate. (In which case, the warmer temperatures probably play more of a role to cause the spring flowers than the rain.) 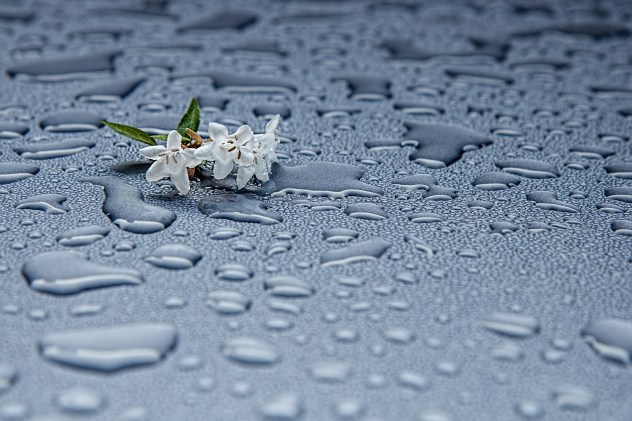 Based on science and statistics, April is not the rainiest month in the US. There is a higher likelihood of short intense rain showers, however, based on shifting conditions in temperature and weather patterns. The rainfall and rising temperatures during the month of April do help flowers grow, especially for perennials that have been dormant during the long, cold winter months. But the real reason we find wisdom in the saying “April showers bring May flowers” has less to do with a literal reading of the proverb and more to do with our need for hopefulness. Sometimes we have to tolerate things we don’t enjoy, like rainy days in early spring when we just want it to finally be nice enough to go outside. The proverb assures us that there is a reward for our patience, and soon! It’s a gentle reminder that all good things come to those who wait.

The unhealthy effects of acid rain
Photography in the rain: Your ultimate guide
Tips for biking in the rain
Food safety tips for Spring
The 10 best spring flowers to plant at home
How an air purifier helps with your spring allergies
Report a Typo
Comments that don't add to the conversation may be automatically or manually removed by Facebook or AccuWeather. Profanity, personal attacks, and spam will not be tolerated.
Comments
Hide Comments

What to know about the suspected Chinese spy balloon