What's in a name during hurricane season? Apparently, a whole lot

Families can face challenges filing insurance claims and getting state or federal assistance if they’re affected by a storm that isn’t named.

What's in a name? It's a question that's been ruminated over since the time of Shakespeare, and one that is still being contemplated today when it comes to tropical storms and hurricanes.

Because Tropical Storm Claudette was not named until it was over land, many in the Southeast were caught off guard, despite AccuWeather warning about the possibility for tropical impacts as early as June 7 and the storm being monitored by the National Hurricane Center (NHC) for more than a week as it developed.

Rather than being given a name as it gathered strength over the Gulf of Mexico, the NHC designated it as a Potential Tropical Cyclone a day before landfall.

"Giving it a name definitely makes a difference in terms of behavior," Dr. Robert Collins, a professor of Urban Studies and Public Policy at Dillard University in New Orleans, told AccuWeather National Reporter Bill Wadell. People behave, prepare and react differently, and it "definitely makes a difference" when a storm is given a name by the NHC, Collins added. "There's no question about that." 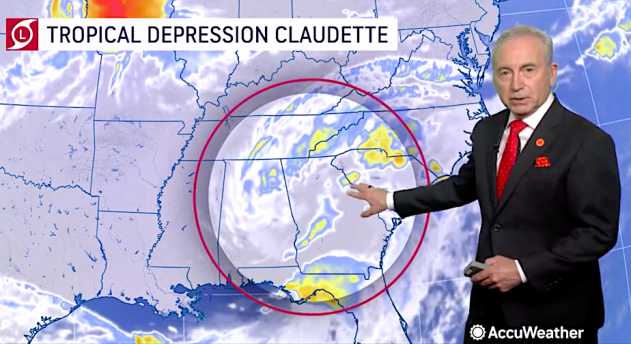 AccuWeather Broadcast Meteorologist Mark Mancuso on television updating viewers on the forecast for Claudette after it had weakened to a depression and before it regained tropical storm force over North Carolina. (AccuWeather)

Unnamed storms are often underestimated, though they can still cause serious and potentially life-threatening damage. Flooding, high winds and tornadoes can all occur in unnamed systems -- and all of those impacts did occur with Claudette, the third named storm of the Atlantic hurricane season. Those forecast impacts were all reasons AccuWeather meteorologists had rated the system that would become Claudette a 1 on the AccuWeather RealImpact Scale for Hurricanes long before the NHC had designated it a Potential Tropical Cyclone. 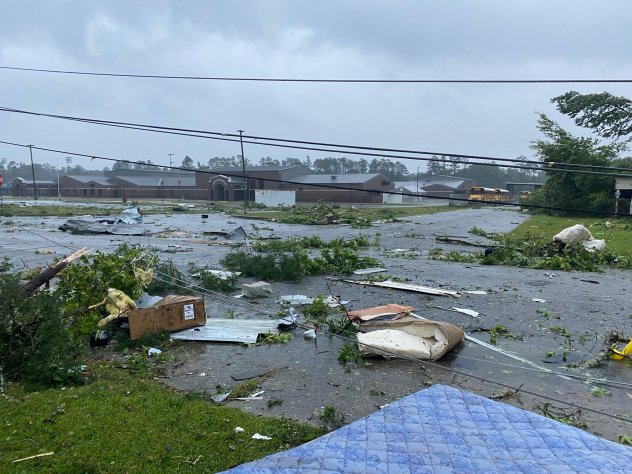 Residents who live in the path of Claudette who Wadell spoke with backed up Collins' claim.

"We didn't have a clue that it was gonna be this bad, and when we got out, it was devastating," Valorie Grantham of East Brewton, Alabama, told Wadell.

While Claudette was named, there have been multiple unnamed storms that have drenched the Gulf Coast and caused significant damage.

In Aug. 2016, an unnamed system dropped up to two feet of rain in under 48 hours across parts of Louisiana. The storm caused more than a dozen deaths and upwards of $10 billion dollars in damage. But because the storm lacked necessary requirements, namely sustained winds greater than 39 mph and a well-defined center of circulation, the storm was unnamed. 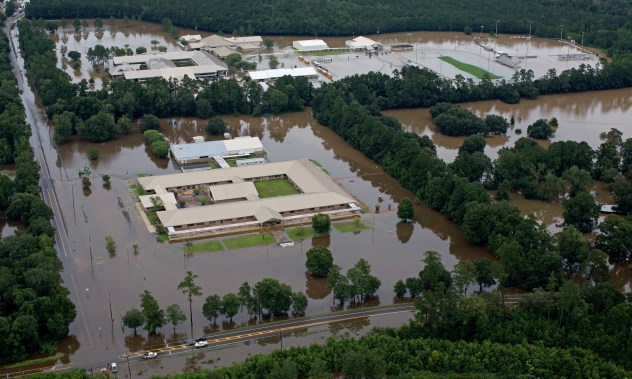 At the time, the Red Cross called the event the "worst natural disaster to strike the United States since Superstorm Sandy."

"Grants for rebuilding that may not be covered by insurance, housing, rental assistance, food assistance — you're not going to get those resources unless it's a named storm," Collins said.

5 things to know about Tropical Storm Claudette
Is the hurricane forecast cone outdated? Major changes on the horizon
AccuWeather employees reflect on covering the beast that was Hurricane Wilma
Report a Typo
Comments that don't add to the conversation may be automatically or manually removed by Facebook or AccuWeather. Profanity, personal attacks, and spam will not be tolerated.
Comments
Hide Comments