After drenching Georgia and South Carolina before moving off the coast, Claudette will stir up increased rip currents on Monday.

Tropical Storm Claudette's journey from the Gulf of Mexico to the Carolinas was an unusual one, to say the least. In the wake of Claudette's dissipation over the Atlantic Ocean on Monday evening, here are five unusual things about the storm.

Claudette first became a tropical storm on land over Louisiana

Nearly all tropical storms form over the ocean, where warm waters and ample moisture help to generate the cyclones. Claudette began its journey as a tropical disturbance in the southern Gulf of Mexico and was designated a Potential Tropical Cyclone as it moved closer to the Louisiana coastline. 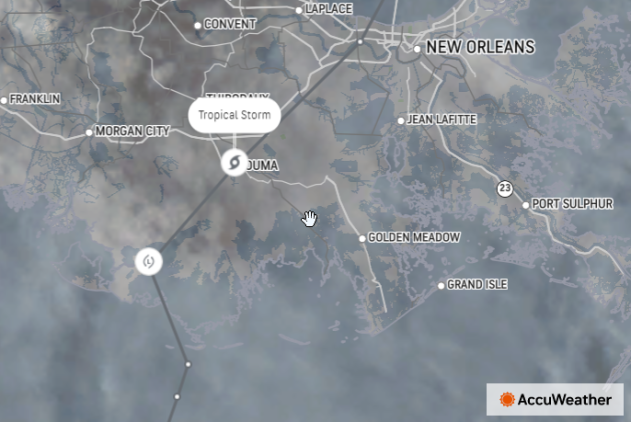 Claudette strengthened from Potential Tropical Cyclone 3 into a tropical storm over Houma, Louisiana.

However, Claudette did not obtain a well-defined circulation until it moved over land, something that is extremely unusual. AccuWeather Senior Meteorologist Alex Sosnowski offered a couple possibilities as to how the storm developed over land.

Some tropical systems can maintain (or even gain) strength over land due to the brown ocean effect, where swampy or wetlands provide enough moisture to mimic an ocean environment that can sustain or grow a tropical storm.

"The area over Louisiana where it was dubbed a [tropical storm] is fairly swampy, so there is still some warm water involved," Sosnowski said.

It is also possible that Claudette reached tropical storm strength prior to or right at landfall. 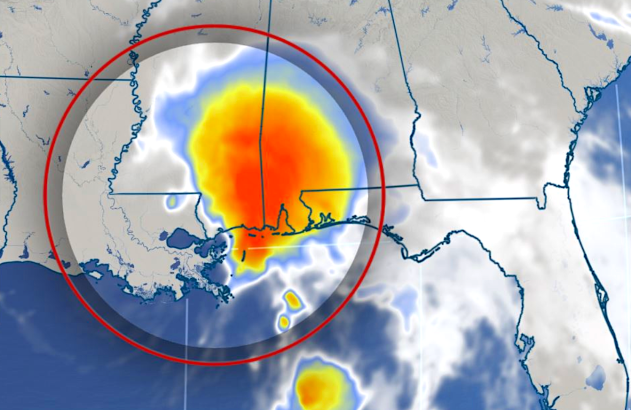 A satellite image showing Tropical Storm Claudette on Saturday, June 19, 2021, just after it had both made landfall along the Gulf Coast and strengthened into a tropical storm. (AccuWeather)

"Tropical storm wind conditions were already extending eastward along the upper Gulf Coast prior to the storm’s arrival," Sosnowski explained.

"It is possible that frictional effect may have caused the storm to tighten up just enough right after landfall to have enough of a closed circulation to cross the line, so to speak."

Claudette re-strengthened into a tropical storm over the Carolinas

After developing into a tropical storm over Louisiana, Claudette weakened to a tropical depression over Alabama. The storm's quirky forecast called for it to become a tropical storm while over land once more, and it did just that when it reached that status near Greenville, North Carolina, on Monday. 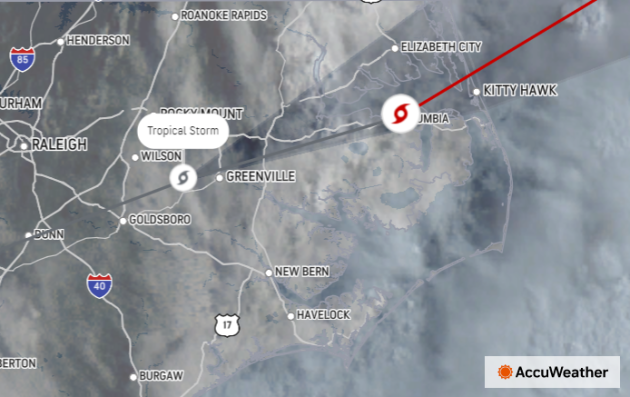 Sosnowski has seen storms form over land or strengthen over land. However, he has never seen a storm do both over the course of his 38-year career.

"There has been a small handful of one or the other, but not both," Sosnowski said.

It is not unusual for tropical storms or hurricanes to form tornadoes, but one tornado caused by Claudette was unusual for its strength.

"The vast majority of tropical systems that make landfall produce at least one tornado (and frequently more than one)," AccuWeather Meteorologist Senior Randy Adkins explained.

"Observations since 1950 indicate that tornadoes associated with tropical systems tend to be of lower intensity than average, and this is likely due to less atmospheric instability, less rising motion within the tornado-producing environment," Adkins added. 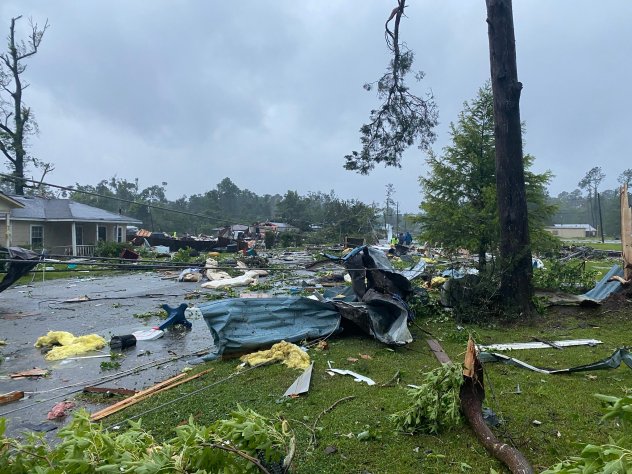 However, while it was a tropical depression, Claudette spawned an EF2 tornado, which packed winds up to 127 mph and was on the ground for over 22 miles. There were no fatalities, but 22 people were injured by the twister, which touched down 2 miles southwest of East Brewton, Alabama, and lifted 5 miles northwest of Castleberry, Alabama.

"Most of the stronger tornadoes associated with tropical systems occur in the more intense tropical cyclones, or those that are interacting with larger non-tropical weather features," Adkins explained. "In the case of Claudette, you had neither, so, in this regard, to have an EF2 tornado occur is somewhat surprising."

Claudette has killed at least 14 people

Claudette has been an unusually deadly storm for its strength. The storm killed at least 14 people in Alabama, USA Today reported. Ten people, including eight kids in a youth home for abused or neglected children, were killed in a multi-car accident that has been blamed on hydroplaning due to wet roads from Claudette.

Three others were killed by the storm, including a 24-year-old man and a 3-year-old boy, after a tree fell on their home near Tuscaloosa, Alabama, and a 23-year-old woman who died when her car ran off the road into a swollen creek in DeKalb County.

A 31-year-old man was found dead after a two-day search, Birmingham Fire and Rescue Service Department confirmed late Monday. He died after falling into floodwaters.

Alabama Gov. Kay Ivey declared a state of emergency on Monday due to storm damage from flooding, high winds and tornadoes.

Claudette formed ahead of schedule

Is the hurricane forecast cone outdated? Major changes on the horizon
What was it like to ride out the storm? Hurricane Laura survivors who didn’t evacuate tell their stories
Video shows tanker navigate monstrous waves in North Atlantic
Report a Typo
Comments that don't add to the conversation may be automatically or manually removed by Facebook or AccuWeather. Profanity, personal attacks, and spam will not be tolerated.
Comments
Hide Comments