As Cristobal tapers off, here's what history will remember about the unique storm

Cristobal’s impacts exceeded some’s expectations for the early season tropical storm. What it lacked in wind speed, it made up for in storm surge.

Cristobal’s historically early organization for a C-named storm was noteworthy in itself, but the storm’s noteworthiness didn’t end at its inception. From its unique formation to its extraordinary 2,000-mile-long track from the Gulf of Mexico to the Midwest, Cristobal gave weather historians plenty to remember.

Since the National Hurricane Center (NHC) started naming storms in 1950, never had a C-named system, or the third-named storm of the Atlantic hurricane season, arrived earlier in the year than Cristobal. With its classification as a tropical storm on June 2, the third named storm of 2020 arrived three days quicker than the system that previously held the record. Tropical Storm Colin had strengthened into a named system on June 5, 2016. 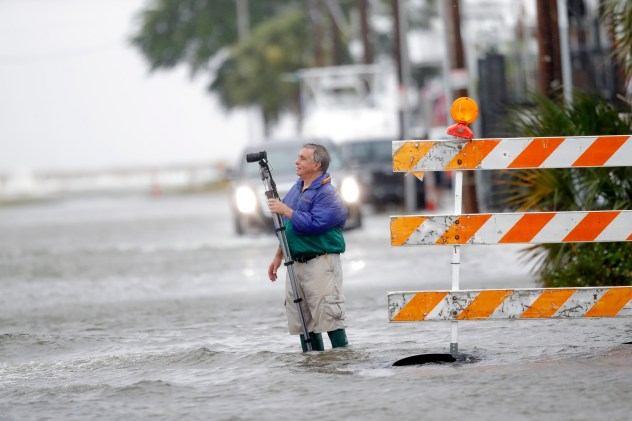 From its very beginning, meteorologists and hurricane experts noted the extreme rarity of Cristobal’s origination. Cristobal developed from the remnants of Tropical Storm Amanda. However, Amanda developed in the Pacific Ocean while Cristobal developed in the Atlantic Ocean, making for a rare crossover storm. After ravaging El Salvador, Honduras and Guatemala in the final week of May, Amanda took an unusual track over Guatemala, where its remaining upper level survived and redeveloped over the warm waters in the Bay of Campeche into Tropical Storm Cristobal.

“Cristobal’s development was associated with a large counter-clockwise wind pattern referred to as a gyre,” AccuWeather Hurricane Expert Dan Kottlowski said. “The Central American Gyre (CAG) is more common during the late summer and fall season.” 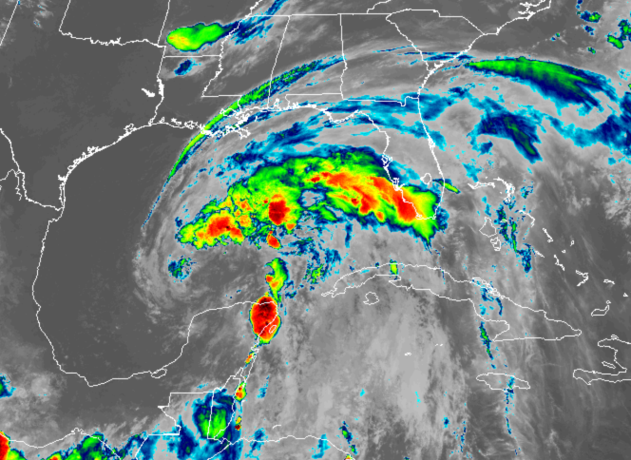 Kottlowski added that the mixture of high water temperatures and particular wind patterns was also uncommon.

“You don’t usually see this total connection in late May or early June. Typically, the upper-level pattern creates too much shear (changing winds with altitude) this early in the season," he said. “This setup does not happen but maybe once every five to 10 years and to get a storm to fully develop is even more unusual.”

The NHC forecast Cristobal to track farther west across Wisconsin than any other post-tropical system since the mid-1800s. Even though at least three other tropical storms had reached Wisconsin before Cristobal, none had ever touched areas as far west.

Until Cristobal, the farthest west a tropical system had ever tracked in Wisconsin was the Galveston hurricane from 1900. The unnamed catastrophe was the deadliest natural disaster in the history of the United States, having claimed between 6,000 and 12,000 lives, including six in Wisconsin and at least 52 even farther north in Ontario, Canada.

Cristobal’s impacts knocked out power to over 10,000 Wisconsin residents after heavy rain and gusty winds downed trees and power lines. Like its predecessor, Cristobal is forecast also to impact areas above the Canadian border, where it could cause flooding concerns following its movement over the Great Lakes. 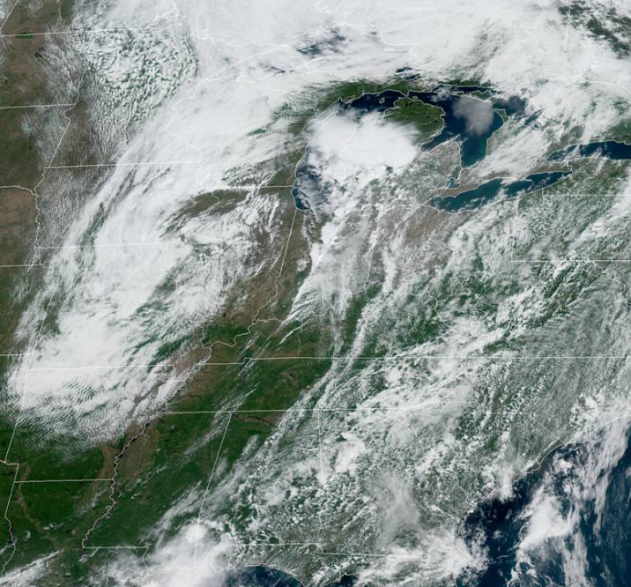 Remnants of former Tropical Storm Cristobal, now a tropical rainstorm, tracked from the Gulf Coast up through the Midwest to the Great Lakes on Wednesday, June 10. (NOAA / GOES-East).

From the Louisiana coast all the way up to Wisconsin, Cristobal left its mark with extremely low air pressure readings. According to the National Weather Service (NWS), Madison, Wisconsin, recorded an all-time low pressure observation for June when Cristobal caused readings to fall to 29.21 inches of mercury. In Green Bay, a record low pressure for the month of June was set on June 10 with a reading of 29.12 inches, breaking a mark held since 1917. At the Louisiana coast, where Cristobal originally struck the U.S., the pressure at landfall was 29.29 inches.

For reference, only five storms in 2019 had lower minimum pressure readings, and all five reached at least Category 1 hurricane status.

Despite never recording stronger maximum sustained winds than 60 mph, 14 mph less than what is needed to reach hurricane status, Cristobal’s origin and subsequent impacts, spanning from the Pacific Ocean to Canada, won’t be forgotten anytime soon.