Wanda continued to wander over parts of the open Atlantic all by its lonesome on Tuesday, one day after transitioning from a subtropical storm.

This year’s final names for hurricane season are Victor and Wanda. There’s not much history for this group of storms, but one historic storm stands out the most back in 2005.

The storm bearing the final name of the 2021 Atlantic hurricane season list transitioned into Tropical Storm Wanda on Monday evening after roaming the Atlantic as a subtropical storm.

The storm evolved from the nor'easter that pounded the mid-Atlantic and New England at the start of last week that then drifted out over the open northern Atlantic.

The Atlantic had not had a named storm in its waters since Victor formed over the far eastern part of the basin on Sept. 29 and prowled the open seas until dissipating Oct. 4.

As of early Wednesday morning, Wanda was about 705 miles (1,135 km) west of the Azores, an island chain in the Atlantic that is an autonomous region of Portugal. It had sustained winds of 50 mph (85 km/h) and was moving to the north-northeast at 8 mph (13 km/h). 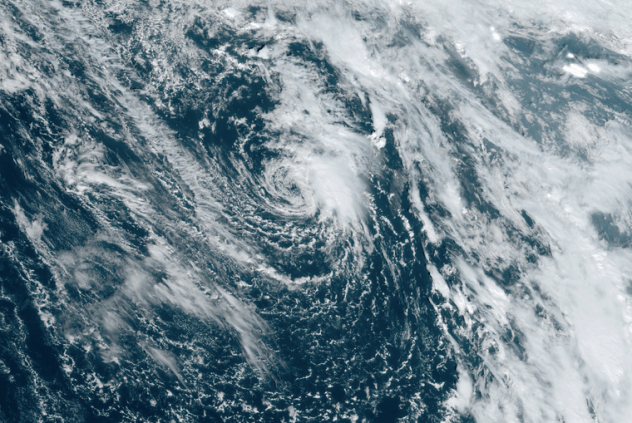 "Wanda has now fully made the transition from a subtropical storm to a tropical storm as it became detached from the upper-level trough of low pressure influencing the storm," AccuWeather Meteorologist Isaac Longley said. "The wind field of Wanda also became more concentrated around the core of the storm -- another factor that supported Wanda's designation as a tropical storm."

Despite Wanda now being designated as a tropical storm, he added, the wind speed intensity has remained the same as when it was a subtropical storm. However, Wanda "now has a smaller radius of maximum winds that wrap around the core of the storm."

Fortunately, Wanda is not expected to impact land, though shipping interests should prepare for rough seas in its path. 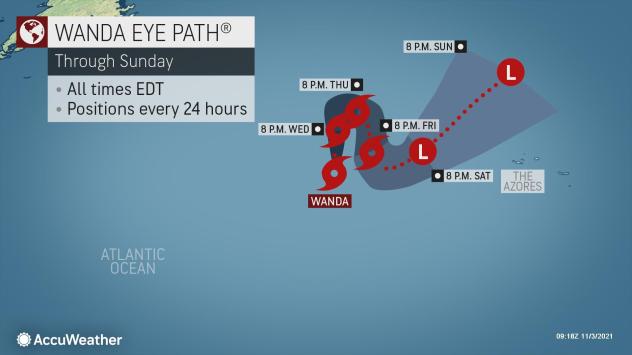 Elsewhere across the Atlantic basin, another tropical disturbance was being tracked by AccuWeather forecasters. This tropical wave crossed Central America and moved into the far eastern Pacific Ocean on Tuesday night, where it may develop further. Regardless of development, this feature can bring locally heavy rainfall across portions of Nicaragua, Costa Rica and Panama through Wednesday.

While this tropical wave lost its chance to develop in the Atlantic basin, the next named storm would be the first-ever to take a name on the supplemental name list that was instituted in place of the Greek alphabet by the World Meteorological Organization (WMO). This new name list was developed after the 2020 Atlantic hurricane season was extremely active, causing the National Hurricane Center (NHC) to dip into the Greek Alphabet in order to name extra storms.

The WMO announced the Greek alphabet will not be used in the future because doing so "creates a distraction from the communication of hazard and storm warnings and is potentially confusing." The first name on this new list is Adria.