Turbulent seas are a factor as the ongoing storm system tracks through the Atlantic.

Tropical Storm Arthur formed on Saturday night off the coast of Florida, making it the first named storm of the 2020 Atlantic hurricane season. Now, forecasters say the storm has its sights set on eastern North Carolina.

Although the official start of hurricane season is June 1, there has been a preseason tropical system for most of the last 10 years, so it is not uncommon to have tropical activity this early, according to AccuWeather Meteorologist Courtney Travis. Arthur makes this year the sixth straight year for a system to develop before the official start of the season.

As of 8 a.m. EDT Monday, Arthur had sustained winds of 45 mph and was located about 50 miles south-southwest of Cape Hatteras, North Carolina. The storm is forecast to pass very close to or just over North Carolina's Outer Banks later Monday with rain and gusty winds. 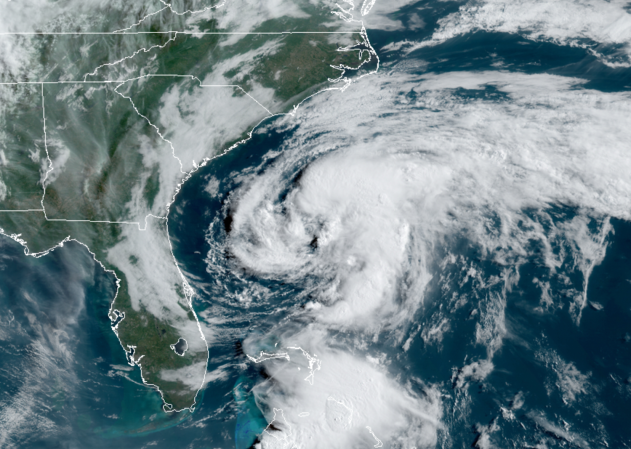 Tropical Storm Arthur is seen swirling off the Southeast coast on Sunday morning, May 17, 2020. (CIRA/RAMMB)

A tropical storm warning was issued for parts of the North Carolina coast by the National Weather Service shortly after the Outer Banks beaches were reopened to visitors on Saturday. Cars lined up on the mainland side of the bridge waiting to cross over to the islands right at 12:01 a.m. on Saturday morning.

Arthur is forecast to track to the north-northeast through Monday, a path which will take it very close to or just over the Outer Banks of North Carolina.

"It is very possible that Arthur could make landfall in the Outer Banks Monday morning. If the storm makes landfall, it is likely to occur near or just to the northeast of Cape Lookout," AccuWeather Meteorologist Alyson Hoegg said. 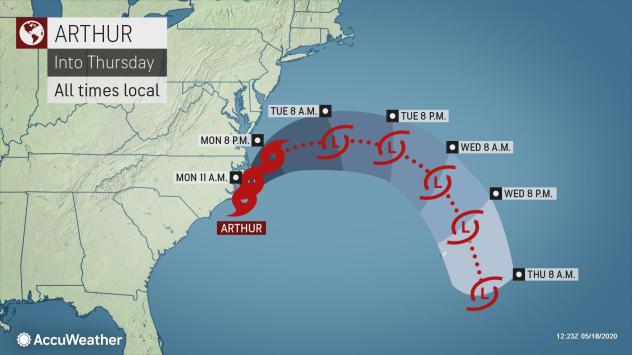 AccuWeather meteorologists expect wind gusts of 40-60 mph to frequent the Outer Banks as the storm passes through.

The wind will push some water onshore, leading to beach erosion as well as minor coastal flooding. 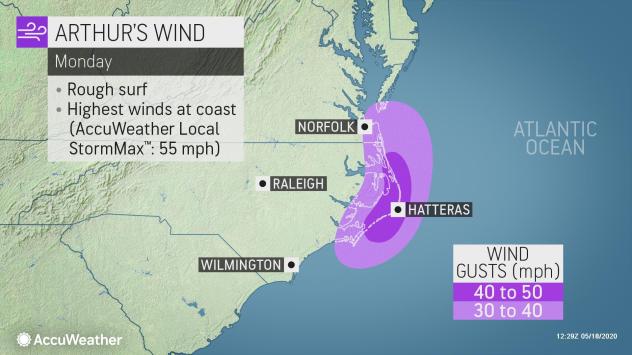 "With the flooding and damage suffered from Dorian, any storm that brings heavy rainfall and stronger wind gusts could bring additional damage to Ocracoke Island," AccuWeather Senior Meteorologist Alan Reppert said. "With the northerly wind from Arthur, the water from the sound could push across the island yet again." 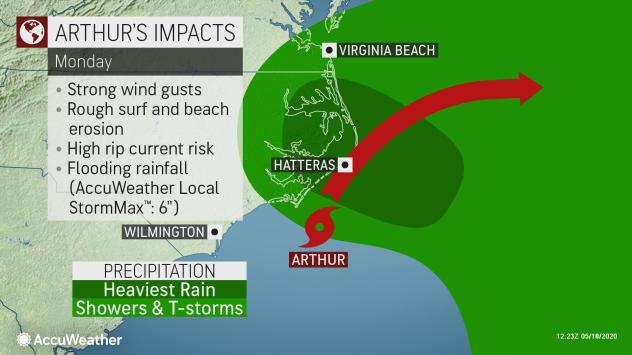 A period of steady rain arrived in eastern North Carolina late Sunday night and will continue through Monday, with the heaviest rain remaining confined to the Outer Banks. Here, there can be an AccuWeather Local StormMax™ of 6 inches of rainfall, which can produce standing water on roadways and localized flooding.

"There will likely be roads that are forced to close on the Outer Banks," Reppert said.

Rough surf and strong rip currents will batter the coastal Carolinas through Monday. Dangerous marine conditions are also expected, with seas building to 8 to 10 feet, creating treacherous conditions for mariners. 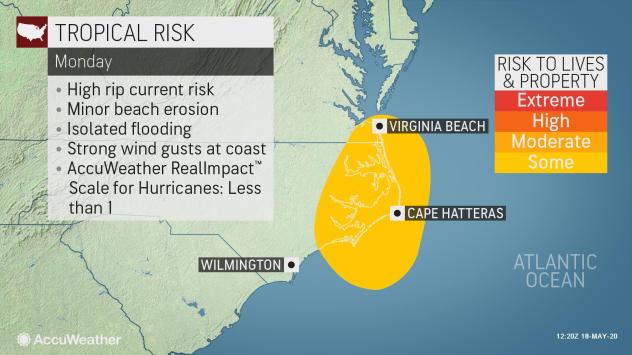 The AccuWeather RealImpact™ Scale for Hurricanes will be less than one for Arthur. 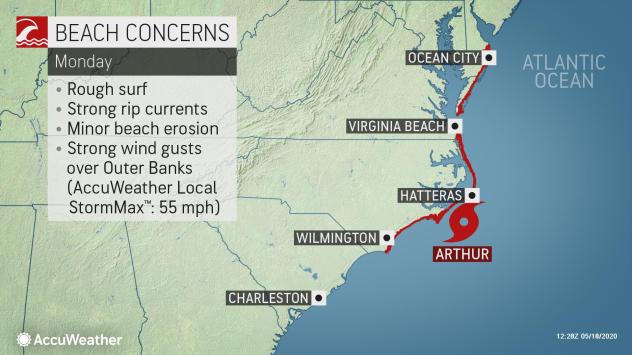 Even though Arthur is expected to move over the open water, flooding rainfall from a non-tropical storm is expected to soak portions of the Great Lakes, Ohio Valley and southern Appalachians into midweek.

Residents in South Florida saw impacts from the storm before it was ever named. A number of flash flood warnings were triggered along the southeastern coast of Florida as heavy downpours and thunderstorms occurred on Friday night. Street flooding was reported across the Miami metro area.

Last Thursday was the second wettest May day on record for the city of Marathon in the Florida Keys. Heavy rain totaled 5.76 inches, stopping short of the city’s rainiest May day record of 6.60 inches set on May 27 in 1959. Marathon picked up a total of 6.45 inches from May 14-15, when the normal precipitation for all of May is 3.35 inches.

May 16 @ 530am - Check out these rain totals from Friday into Friday night! How much rain did you get? #flwx pic.twitter.com/1j8XEo1wqV

Multiple coronavirus testing sites in Florida were forced to close this weekend due to the showers and windy weather. The 14 state run COVID-19 testing sites include Brevard, Eastern Florida State College’s Palm Bay campus and University High School in Orange City. Miami-Dade County has temporarily closed all testing sites as well. The testing sites will be closed until Monday, according to the Florida Department of Health.

The 2020 Atlantic hurricane season follows four straight years during which there were at least two U.S. landfalling hurricanes, with Barry and Dorian striking in 2019. That’s the longest streak since 1947-50 and only twice since 1851 has the streak reached at least five years (1932-36 and 1876-82).