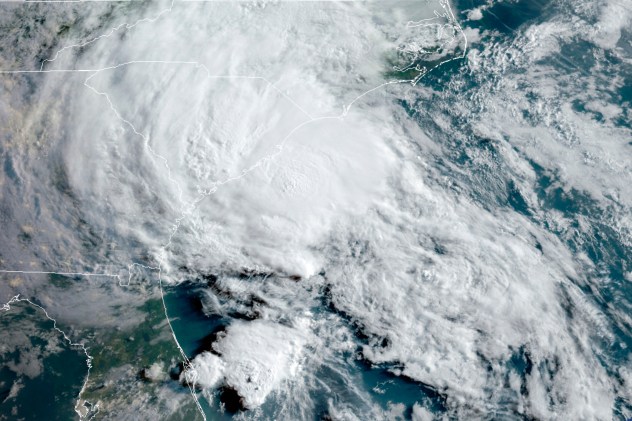 Meteorologists and scientists at several federal agencies are investigating the possibility of altering the official beginning of the Atlantic basin hurricane season, a change that would officially start the season about two weeks earlier than it historically has begun and potentially extend the total length of the season.

The National Hurricane Center (NHC), along with several branches of the National Weather Service, are set to begin assessing the idea of moving the start of the Atlantic hurricane season to May 15, and the World Meteorological Organization (WMO) is also poised to discuss the issue at its annual meeting next month, Dennis Feltgen, public affairs officer for NOAA confirmed to AccuWeather on Friday. The news was first reported by The Washington Post earlier in the day.

"An examination would need to take place regarding the need for, and potential ramifications of, potentially moving the beginning of the hurricane season to May 15," Feltgen said in a statement. 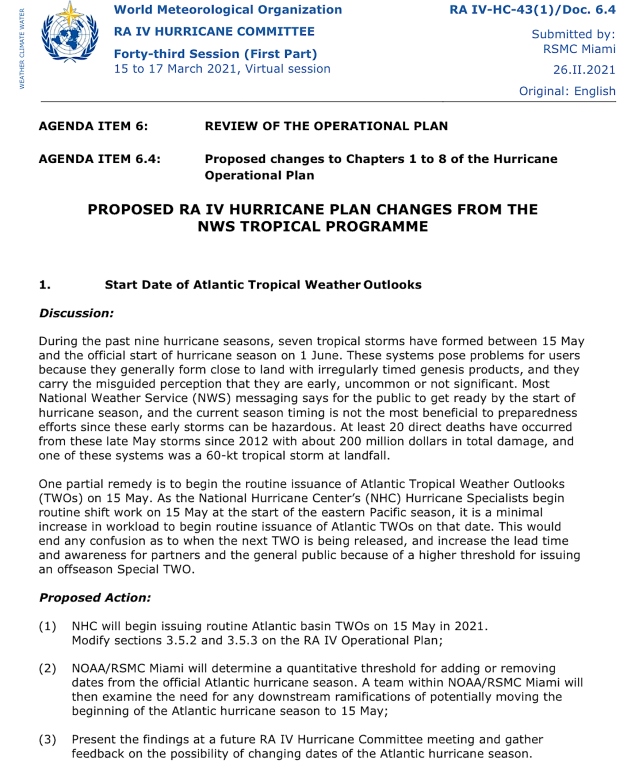 When asked by AccuWeather if the NHC was considering altering the end of the Atlantic hurricane season, which comes to a close on Nov. 30, Feltgen responded, "There has been no discussion to date regarding the end of the season." While the start date of the basin's hurricane season has traditionally begun on June 1, the end date has a history of being pushed back, first from Oct. 31 to Nov. 13 to Nov. 30, at which it holds the line today.

While the National Hurricane Center will bump up its schedule in issuing routine Atlantic Tropical Weather Outlooks to May 15 this year and the prospect of an earlier start to the season is undecided, Feltgen confirmed that there will be no changes to the official start of the Atlantic hurricane season this year.

The WMO is set to discuss the matter at its annual meeting in mid-March. AccuWeather obtained a copy of the group's agenda item describing the discussion set to take place on the potential for changing the opening date of the Atlantic basin hurricane season. Feltgen confirmed to AccuWeather that the WMO agenda is authentic.

The WMO cited the past six hurricane seasons as examples for its new considerations, during which seven tropical storms formed between May 15 and June 1, the official start of the season. 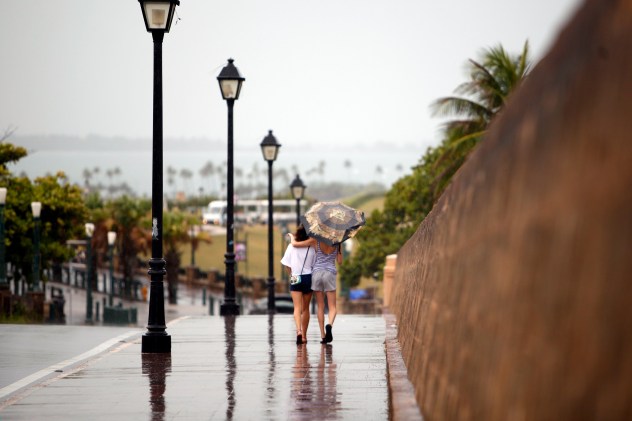 Two women walk with the protection of an umbrella in Old San Juan, Puerto Rico, Saturday, Aug. 2, 2014. Bertha pushed just south of Puerto Rico on Saturday as it unleashed heavy rains and strong winds across the region. (AP Photo/Ricardo Arduengo)

"These systems pose problems for users because they generally form close to land with irregularly timed genesis products, and they carry the misguided perception that they are early, uncommon or not significant," the agenda says. It estimates at least 20 direct deaths have occurred from these May storms since 2012, with about 200 million dollars in total damage.

One of these storms was Tropical Storm Beryl, which struck on May 28 near Jacksonville Beach, Florida, with winds around 65 mph. However, a NHC report at the time noted that while data didn't support an after-the-event upgrade, radar winds suggested that Beryl possibly reached hurricane strength on May 27, before weakening once more.

However, the most recent confirmed hurricane during the month of May dates back to May 20, 1970 -- Hurricane Alma, which reached maximum sustained winds of 80 mph.

During the 2020 Atlantic hurricane season, which broke numerous records including the number of named storms in one season, two storms formed during late May -- Arthur on May 16, and Bertha on May 27.

The decision is still being mulled over, however, with the pros and cons all being weighed.

“We don’t think there is any point in changing the Atlantic hurricane season start date from June 1 to May 15,” AccuWeather Founder and CEO Joel Myers said, likening tropical weather to tornadoes, which can also occur at any time of year, but are mostly concentrated to a specific window of time.

“The fact is that tropical storms and hurricanes can form in any month of the year, and they have.” But, he added, “Almost all the tropical storms occur between June 1 and November 30.”

In addition, another con Myers pointed out was the shift in the date could take away from the overall more dangerous timeframe during which hurricanes form.

"I think by lengthening the season, will take away from the focus on when truly damaging hurricanes can occur," Myers said. "If you dilute anything by having too many, then it undermines the focus on the severe ones that really pose a threat to life, limb and property."

Looking ahead to the 2021 season, an NHC list shows that the first named storm of the season will be dubbed Ana, the list ending with the name Wanda.

The ‘average’ hurricane season has a new normal
‘Monster’ hurricanes keep getting even stronger, analysis shows
‘It felt like the trailer was going to take off.’ Residents recount riding out Hurricane Sally